On the eve of the biggest conference for game developers, the makers of video games are struggling with a shooter’s attempt to bring them into the forefront of the shootings in New Zealand. I am feeling heartsick about this event, with so much loss of life. And I worry that the aftermath will once again drag video games into a polarizing global discussion.

It does not help that an alleged shooter shouted, “Remember lads, subscribe to PewDiePie” (referencing the popular video game influencer on YouTube) during a livestream of the shooting on Facebook. He shot real victims in the style of a video game, and his live video spread through the viral networks, even as platform owners like Facebook tried to stamp it out.

PewDiePie, a.k.a. Felix Kjellberg, a Swedish YouTuber with a huge following, had nothing to do with the shooting. But a lot of anger on social media was directed at his past behavior as a contributing cause because he has uttered racist and anti-Semitic remarks in his past videos. PewDiePie tweeted he was “sickened” at being mentioned.

Just heard news of the devastating reports from New Zealand Christchurch.
I feel absolutely sickened having my name uttered by this person.
My heart and thoughts go out to the victims, families and everyone affected by this tragedy.

That tweet itself had hundreds of thousands of “likes” on it, but it ignited a fierce debate between those who felt PewDiePie was a victim and those who thought he deserved to be called out for being so appealing to white supremacist audience members in the past.

Many in the video game industry have long since disowned PewDiePie as one of their own, but PewDiePie still has more than 89 million subscribers, enough to make him extremely rich and hard to deny as a video game personality. Without games, PewDiePie wouldn’t exist, and he is popular enough to boost the fortunes of games that he likes.

Researchers have found no credible link between playing violent video games and violent behavior. But this is more an argument of whether a video game player, PewDiePie, can inspire violence. In that way, PewDiePie is no different from President Donald Trump, who also “inspired” the shooter, in the shooter’s own words, to commit violence. (I would note that Trump’s language has been far more provocative.) Critics (like the Council on American-Islamic Relations) say that such people “normalize” intolerance, white supremacy, Islamophobia, and Nazism.

But to get into an argument about PewDiePie is exactly what the shooter intended. The intention was to sow division by smearing PewDiePie as “fascist adjacent” and accelerate the culture wars, as one tweeter replied. Does this mean, by writing about PewDiePie, that I am falling into the shooter’s hands?

“What is newer here, I suppose, is the purposeful weaponization the shooter sought — he directly employed cultural markers to ‘game’ the response, if you will,” said Alisha Karabinus, an assistant director for introductory composition and a doctoral candidate at Purdue University, in an email to GamesBeat. “By invoking PewDiePie, by joking about Fortnite within the manifesto, yes — he has irrevocably linked this event with flashpoints in ongoing discussions in and around gaming culture.”

She added, “But I don’t know if this is going to represent a watershed moment for that discussion. There are some people (Jared Holt comes to mind) rigorously unpacking the traps and ‘shitposting’ style the shooter purposely employed here, and I hope some of that will mitigate or defuse the easy connections some might jump to.”

And she said, “But at the same time, there are plenty of people, in both academic and mainstream circles, already studying links between certain facets of gaming culture and political events from the past few years in particular. Those connections are already there. So I guess then the question becomes: will this event bring those connections into sharper focus for a wider audience? Because what we need to be talking about is not games, or even gaming culture, as though either is a monolith. What we may need to be talking more about is how game-related spaces and gamer discourse can feed into or influence the radicalization of participants in online spaces. It’s not that games are to blame. It’s an issue of how these various factors are coming together to feed into something much bigger.” 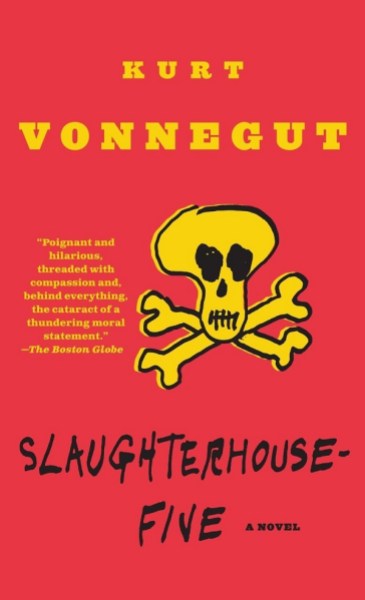 Above: Slaughterhouse Five, by Kurt Vonnegut

Another academic, who is from New Zealand, also offered a comment.

“It’s pretty obvious that games do not by themselves cause violence. There’s millions of people out there daily living totally normal lives not doing anything to harm anyone,” said Robbie Fordyce, a lecturer in communications and media studies at Monash University in Melbourne, in an email. “But we still have to ask ourselves why are parts of our communities so appealing to people who are prepared to perform such awful acts. I don’t think games is being dragged into this situation so much as providing a set of symbols and behaviour that can be so readily reused by killers.”

He added, “People say that they’re being edgy, or that it’s ironic, a parody, or just trolling, but even though games don’t games don’t cause killings, we should probably ask what is it that we do that means that we provide something to people who perform spree killings. We need to think about how maybe we as a group enable this, and how we enable lesser evils as well. We might not have individually contributed to the behaviour of killers, but maybe we’ve let some of our friends off with shitty behaviour more than we should have. We need to think about doing things that aren’t just claiming to distance our community from this type of behaviour, but actually work to make our community not a safe space for killers. Maybe it’s tough to call someone out, but if we do it together it might make the place better. Like climate change, we can’t just expect people to be polluting the place without all that toxicity starting to change the space we try to enjoy.”

The fallout has surely touched other parts of gaming beyond a single polarizing figure. Valve also removed more than 100 tributes to the New Zealand shooter on the Steam digital distribution service. That raises the question of how much Valve should censor free speech on its platform.

“Games and social media are the relatively unregulated tools that are used to easily and widely spread a message,” said one researcher on a private game message group.

One of my friends on Facebook challenged the media to deny publicity to shooters like the New Zealand white supremacist, who would win only because of reaching so many people with a message of hate. That friend suggested we not mention the shooter or his white supremacist manifesto.

We should not fall for this bait, the friend said. But I don’t feel so powerful as to be able to bury a story like this by not mentioning it. I don’t think we solve the problem of shooters by not talking about them.

And this takes me back to my college years, when I studied anti-war literature and the writings of authors like Kurt Vonnegut, who wrote in Slaughterhouse Five, “There is nothing intelligent to say about a massacre.” I fear it is true. But let us hope, like boats against the tide, that something good can come…. I can’t even bring myself to complete that sentence.