Ever since the days of .hack//sign on Toonami, I’ve been dreaming about playing a real VR MMO. Anime like Sword Art Online only furthered that fantasy and my mind often races just thinking about the potential. OrbusVR isn’t that dream game and that’s perfectly OK. Even the folks over at Orbus Online, the small indie studio behind the VR MMO, totally understand that and their humble attitude is a big part of what makes me so optimistic about its future.

There might be an obscure exception to this statement that I don’t know about, but I feel pretty confident in saying that OrbusVR is quite literally the first actual VR MMO. There are plenty of online VR games, some of them are even RPGs, but nothing on the same scale as OrbusVR released before or since. Apps like VRChat, Altspace, Rec Room, Sinespace, and High Fidelity certainly have elements of MMOs, but they’re better described as social virtual worlds and they certainly don’t fit the mold of what makes an MMORPG. 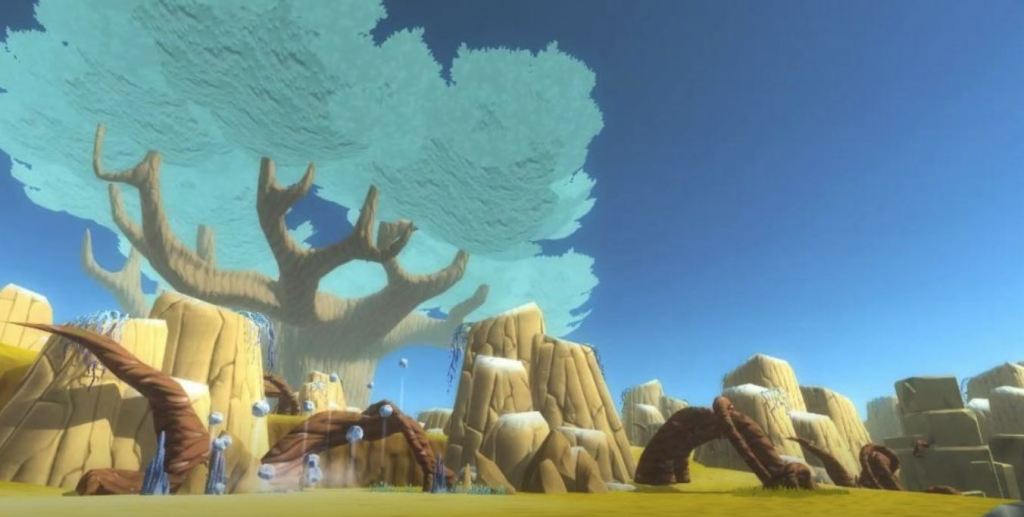 OrbusVR was born from a successful Kickstarter campaign that originally launched on March 6, 2017 and raised $34,524 smashing their base goal in just four hours. It was a modest beginning and they’ve found success by staying lean and focused. The MMO launched to Early Access in December of 2017.

“Honestly it’s done a lot better than I thought it would,” said Riley Dutton, creator of OrbusVR and original co-founder of the popular Roll20, a digital tabletop RPG app (where you can play Dungeons & Dragons and other games), in an interview with UploadVR. “Originally our goal was to sell about 10,000 copies of the game after the Kickstarter and we actually sold more like 30-40,000 copies in just the first couple of months. So we were already doing better than expected right out of the gate.”

Those numbers include both Steam and Oculus Home players, which all occupy the same game world. I played OrbusVR for a bit back around February 2018 and came away impressed with the ambition. Visually it was rough, some design decisions left me scratch my head, and it wasn’t the most intuitive thing out there, but the core of it was really fun and solid.

At the very least, it was a good proof of concept that a VR MMO could work and actually be fun.

“The main negative thing about the first go around is that we were an inexperienced team from a game development standpoint and we just had a very small budget,” said Dutton. “It was funded through a mixture of Kickstarter and my own pocket so we couldn’t get a significant team together for art or programming. We ended up using lots of Unity asset store stuff for the environments and monsters. It was just never really that optimized for VR, at least not as much as I wanted it to be. It was honestly more of a hodge-podge of assets and stuff.” 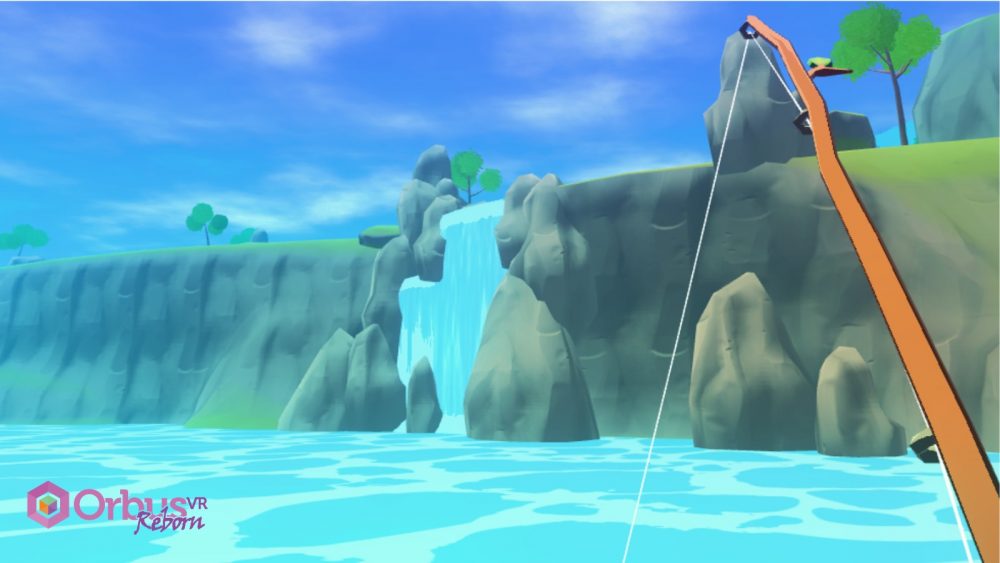 Above: Fishing finds its way into the VR MMO, too.

Well as a hodge-podge it was certainly getting the job done. For the first few months of life it was hovering around 200 or even 300 concurrent players at a time on Steam alone and that doesn’t even count Oculus Home users. Updates were frequent for a while, but then eventually most of the resources and effort turned inwards to what eventually became OrbusVR Reborn.

Rather than just an expansion or big patch, OrbusVR Reborn is a “ground-up re-imagining of the original game” and is much more than just your average mid-life update.

“We could have done the traditional MMO expansion route, but from the sales of the original game we had the resources to expand the team to do this right, put in a better architecture and foundation to allow us to push new platforms and content overall,” said Dutton. “So while it is technically an expansion too, it doesn’t stop there. We’re going from four to eight combat disciplines and expanding all the content in the game. Then in other ways there is going to be less overworld terrain because we wanted to do a higher quality job on a smaller area so players see each other more often. We also now have a lot more public events, overworld bosses, and missions.”

To put things into perspective, about 70 percent of all the assets in the base game from character designs, enemy designs, environments, and everything in between have been reworked.

“We just went back to the drawing board,” said Dutton. “When we first built it I just used a random terrain generator to make the zones, now we have this amazing 3D environment artist that has hand-crafted every zone and landmark.”

The new player experience eschews the linear quest order progression of the base game for a focus on more collaborative open-world content. This way, everyone can play everybody and you don’t get locked off from progressing just because you’re on a different quest step than your friends. 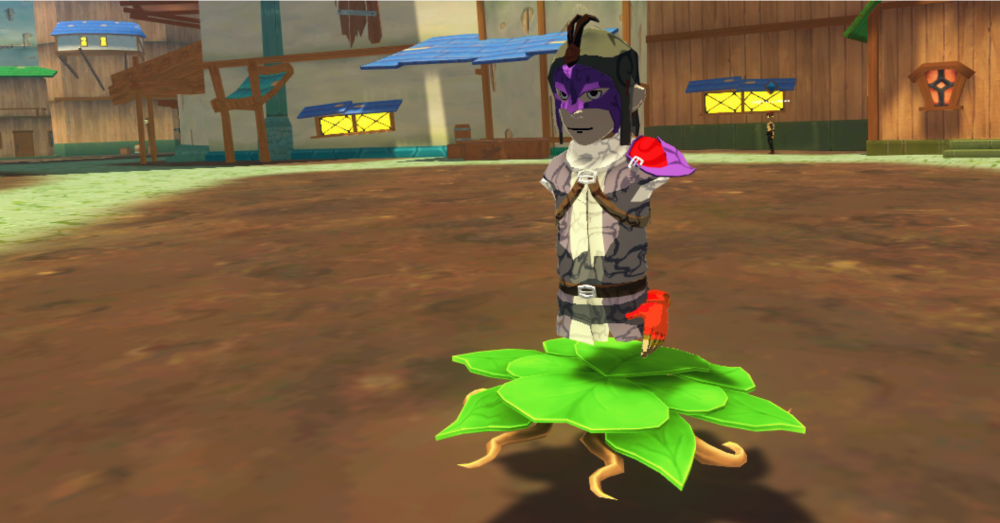 Now, there are seven primary open-world activities such as world bosses, dragon racing, hunting, public events, critter catching, and more. Each activity has mission within it to complete. For anyone that plays modern non-VR MMORPGs, the public events in OrbusVR Reborn will be like Dolmens in Elder Scrolls Online, Rifts in (aptly titled) Rift, Fates in Final Fantasy XIV, or world events in Guild Wars 2.

Dungeons are getting a big overall too with a queue system, four brand new dungeons, new raids a few weeks after Reborn launches, new equipment to earn, new mounts, and more.

For PvP options the system is changing a bit too. There is a new Battleground arena for small-scale team-based PvP you can join, or open world PvP that’s purely opt-in. This way you can’t get attacked if you don’t want to and you can easily tell who is open to PvP out in the wild.

Rather than trying to rewrite the blueprint for what makes an MMO, OrbusVR Reborn is instead focused on nailing the existing concept of an MMO inside a VR space first because no one has really done that yet. Before we can have Ready Player One, let’s aim for something smaller first. 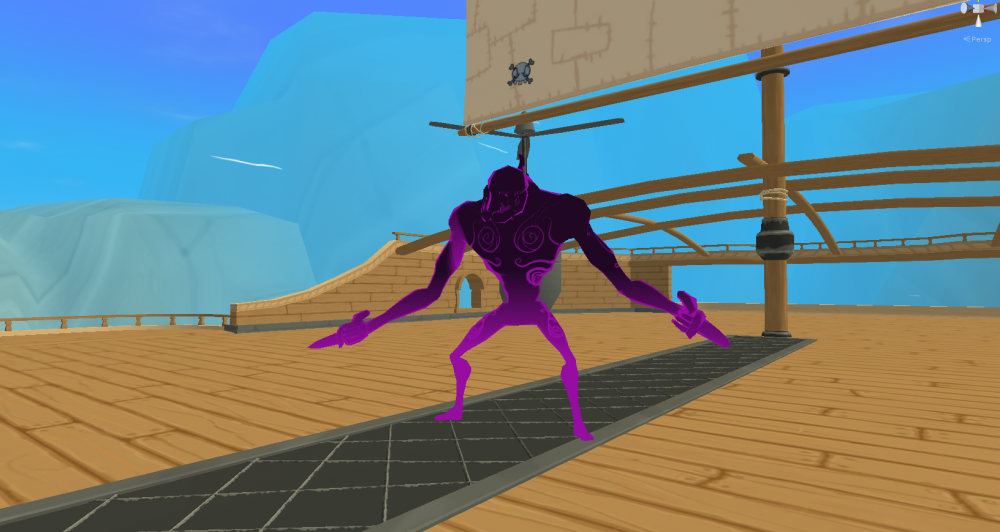 Above: A flying purple people stabber?

The base game already had four classes: Warrior, Runemage, Ranger, and Musketeer. Now with Reborn four more are being added with Bard, Shaman, Paladin, and Scoundrel. Personally I’ll be playing a Paladin and look forward to happily throwing my hammer across levels like Thor.

OrbusVR Reborn is fast approaching in April 2019. You can play the original game right now if you want, although I’d recommend just waiting since the Reborn update will totally transform the new player experience as well. You’d just be playing the intro to a game that won’t exist anymore.

Dutton said the team is “aggressively” looking to expand onto both Oculus Quest and PSVR, which would be a huge way to expand the player-base. Now that the entire foundation of the game is being optimized for VR more carefully, both platforms are possibilities.