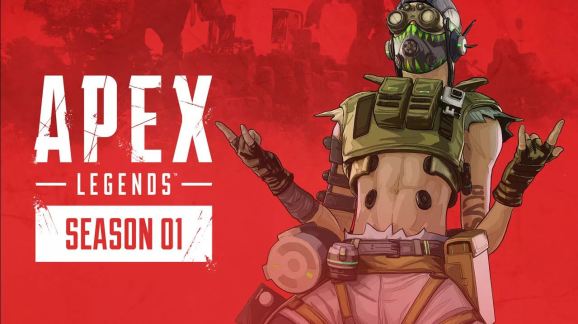 There are guns in Apex Legends. That's worse than real guns, according to Walmart.

Six weeks after its surprise debut, Apex Legends is getting its first premium progression pass. Respawn Entertainment announced today that it is launching the Season 1 Battle Pass for Apex Legends on Tuesday, March 18. Respawn is selling the pass, called Wild Frontier, for 950 in-game coins, which is about $9.50.

As with other progression plans, the Apex Legends Battle Pass gives players the chance to earn more cosmetic items. Once you purchase this, you can level it up by playing the game and completing challenges.

This gives fans more reasons to keep coming back to the game. Since a battle royale shooter doesn’t have any mechanical progression between matches, a Battle Pass makes you feel like you’re still getting something even when you lose. Valve pioneered this business strategy with its annual Compendium pass for Dota 2. And since then, games like Fortnite and Rocket League have adopted it to keep players engaged for longer periods of time.

In addition to the Wild Frontier Season 1 Battle Pass, Respawn is also launching the first new character for Apex Legends. Octane is quick character with cybernetic legs. He blew off his original legs during a “record-breaking gautlet speedrun,” which is a reference to Titanfall 2’s tutorial mission.

Octane has the Adrenaline Junkie ability that lets him exchange a chunk of his health for a speed boost. But he also has auto-regenerating Stims to replenish that health. His ultimate is a deployable launch pad that enables anyone to fly through the air.

Respawn did not detail how much Octane will cost players, but it is selling Caustic and Mirage for 750 Apex Coins. That’s about $7.50 — although you can of course get more coins if you buy in bulk. A 6,700 coin card is $60 on Amazon.

Other publishers, like Ubisoft, sell season passes for Rainbow Six: Siege that include new characters. But Respawn hasn’t announced anything like that yet. Of course, a Siege season pass sells for $30. Apex Legends does have a Battle Pass Bundle for approximately $28, but it also doesn’t say anything about including Octane. Instead, it just unlocks the first 25 levels of the battle pass instantly.