Genvid Technologies has built an interactive streaming engine, and it is showcasing multiple developers at the Game Developers Conference that are using Genvid‘s technology to enable audiences to participate in streamed games.

On top of that, Genvid has cut a deal with Limelight Networks to enable any game developer or media company to build their own real-time interactive streaming platforms.

The goal of the Limelight partnership is to enable any developer or broadcaster worldwide to operate their own interactive broadcast platform, with Genvid providing game engine integration and web applications programming interfaces (APIs) and Limelight providing a scaled, stable, and secure streaming solution at ultra low (sub-second) latency.

Until now, such interactive streaming services were only offered as direct-to-consumer (D2C) platforms by large tech companies; the Genvid and Limelight end-to-end solution is intended for developers who want to own customer relationships and build their own D2C platforms, apps, and in-game capabilities.

The highlighted developers are a sample of many creators around the world that are building content in a brand-new genre that blurs the lines between games and traditional media. These enhanced video streams provide a higher level of interactivity, allowing for a broader spectrum of game enthusiasts to engage with the titles they love, directly via platforms like Twitch.tv and YouTube, the company said.

“The future of interactive media is being built upon Genvid’s technology,” says Jacob Navok, CEO of Genvid, in a statement. “When game developers think about building interactive streams across different platforms, infrastructures and game engines, we are the best-in-class solution, and it shows in the incredible innovation we are debuting from these creators at GDC 2019.”

Genvid will show the highlighted streams at its GDC session, “Interactive streaming and the future of media,” on Wednesday, March 20, at 10:30 a.m. in Moscone West Hall 3009.

Oregon independent developer Pipeworks Studios, known for Superfight and Terraria, is lifting the veil on Project Eleusis at GDC. The game setting is a mysterious island where Twitch viewers become active participants in the survival sim, with the ability to control the game through the livestream itself. Every session is entirely unique, thanks to the audience’s decisions and the powerful AI.

How the throngs of Twitch viewers will react is the key — will they create an island utopia or something more sinister? The audience can control drones armed with exploding goats.

“We’ve been actively inventing the medium of interactive streaming games for five years, starting with the revolutionary streamer/viewer experience of Superfight,” said Lindsay Gupton, CEO of Pipeworks, in a statement. “We believe that the future of entertainment lies where an engaged audience can do more than just watch — viewers can become active participants in streamed games, with a far greater experience for all. Project Eleusis shows what’s possible in this emerging realm, with gameplay designed for maximum audience participation, and it could only be done with the breakthrough technology from Genvid.” 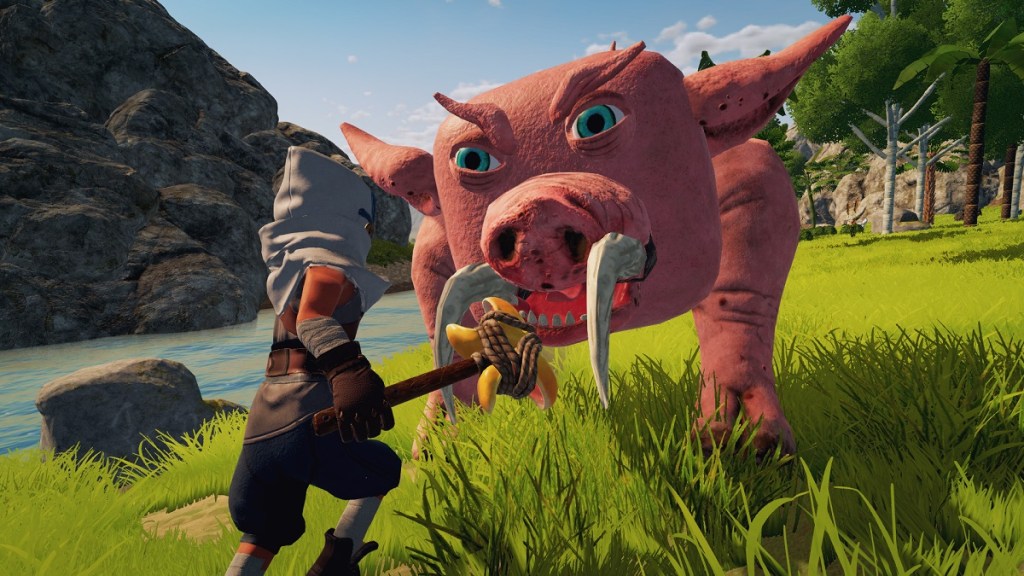 CHKN Arena is a streaming coliseum battle game in which AI-driven creatures face off against one another as streamers shoutcast the action. It’s BattleBots meets Pokémon Stadium, built from the ground up for interactive livestreaming.

Using Genvid’s interactive SDK and beamed directly on Twitch.tv through Genvid’s Twitch Extension, CHKN Arena leverages dynamic interaction between streamers and their fans. The creative vision lets creatures in battle respond to the audience, who can clap to cheer on the streamer’s creature and even feed and revive them between rounds — all in real time.

“CHKN Arena is a brand new creation, inspired by our belief that interactive media and audience participation is the future of entertainment,” said Katapult Studio CEO Kyra Reppen in a statement.  “We’re excited about the possibilities opened up by Genvid’s technology that allows us and other developers to bring new content experiences to streamers and their audiences live on Twitch. We look forward to exploring ways to also use Genvid’s YouTube embedded features soon.” 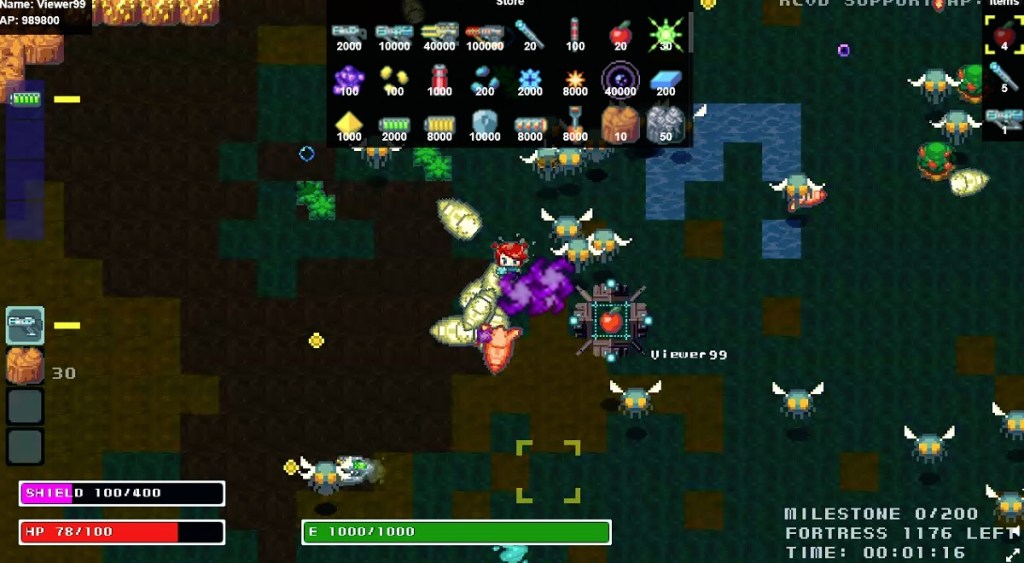 And Japanese indie developer Kengo Nakajima, author of the book “The Tech Behind Cloud Gaming,” is showcasing Space Sweeper with Genvid integration live on Twitch.tv during GDC 2019 for the first time.

During GDC, a version of the game will be played through a cloud streaming instance of Space Sweeper on the Parsec cloud gaming service while participants at GDC will be able to troll the players (or help them!) live through Twitch Extensions using Genvid.

Space Sweeper is a multiplayer action game where players attempt to destroy an infinite number of dangerous creatures and enemies while gathering various resources and unlocking advanced technologies to terraform the massive map. This is no easy feat, and that is where the viewers play their role.

Space Sweeper with Genvid is a new type of game experience for the streaming generation. In an email, Navok called it the “pay2troll” system experiment.

Using Genvid technology, when the game is being streamed on Twitch, viewers are directly affecting the player in the game world. Viewers can help the player by sending items, such as weapons and health, or if they choose, troll players by sending enemies — or worse.

Ultimately, the game won’t be just player versus environment but players versus all Twitch viewers, becoming protagonists or antagonists at their whim.

“Space Sweeper was built for streaming,” said Nakajima in a statement. “Exploring the relationships between player and viewer is a new frontier for the game industry and I am excited to be on the frontier of what is possible.”

From their vantage on the “mothership,” viewer-participants can pick the spot of the screen they want to send items or enemies to the player. As the player kills enemies, the enemies will spawn particles called Anger Points (APs) that can be directly collected on the Twitch video screen for each viewer. These APs can be used to unlock items from the Item Depot in the upper-middle part of the viewer’s screen. After selecting an unlocked item from the inventory, viewers then can click anywhere in the game world, and that item will be sent to that location in the game in real time.

Space Sweeper will release first as a four-player local co-op mode on Steam later this year. Given the huge amount of moving sprites, the game cannot be synchronized through normal networking technologies; Nakajima is instead utilizing cloud technologies, such as Parsec, to allow up to 32 players to cooperate together.

The cloud allows for ease of increasing the number of players, and when considering time-attack modes, the more who play, the faster and more competitive the game becomes.

“This is the kind of cloud-powered content that excites us, and we are thrilled to be able to support this initiative of cloud gaming and interactive broadcast,” said Parsec CEO Benjy Boxer in a statement. “Developers exploring content unique to Parsec and Genvid can enable new shared interactive experiences.”

“Face-It’s work with StatsHelix and Genvid at the last major proved that viewers were hungry for rich, interactive esports experiences,” says Face-It chief business officer Michele Attisani in a statement. “We are excited for what the new features will bring to future broadcasts.”