Rovio Entertainment and Resolution Games are teaming up to bring the Angry Birds franchise to mobile augment reality with Angry Birds AR: Isle of Pigs.

This new version of the hit bird-flinging series is similar to the recent virtual reality version of Angry Birds, also called Isle of Pigs. But this AR version works on Apple’s mobile devices, specifically iPhone 6 and later, iPad Pro models, and iPad 5th and 6th generations.

Thanks to iOS’s ARKit technology, Angry Birds AR can place its levels in the real world. Just like in the original Angry Birds, your objective is to slingshot birds into pig-controlled structure, aiming to knock down as much as you can and destroy all the pigs. 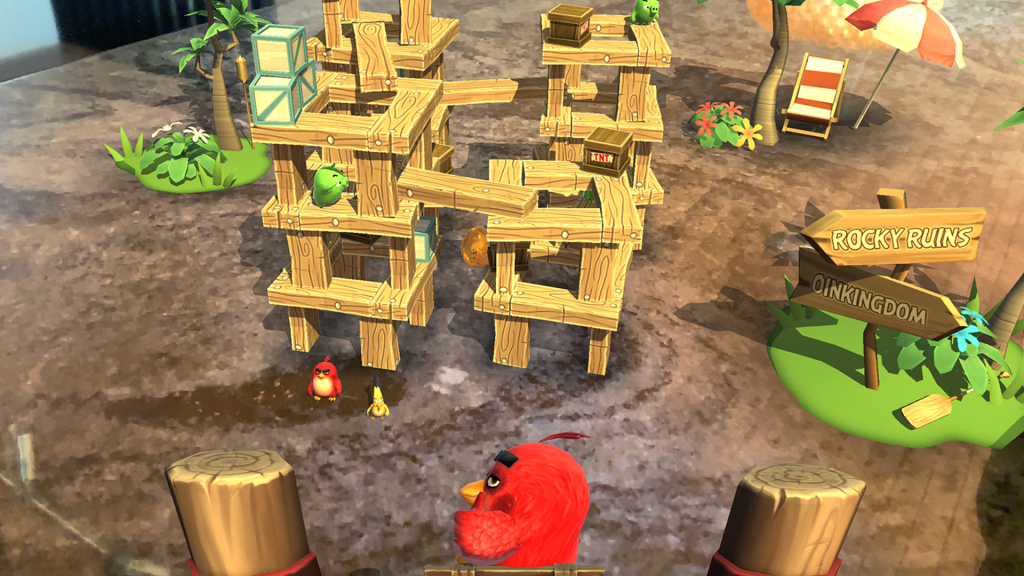 This AR version makes the experience more immersive than ever, as I discovered during a demo at the Game Developers Conference in San Francisco this week. You can move your phone around the entire level, giving you any angle you desire while aiming your feathered projectiles.

Angry Birds AR will launch with 40 levels. It does not yet have a release date, although it is available for prepurchase.

Rovio and Resolution also announced that Angry Birds VR is coming to PSVR on March 26.