Dorian has raised $2 million in funding for interactive storytelling for a new generation of readers. The San Francisco-based company is developing an “immersive fiction app” that is inspired by experimental storytelling such as Netflix’s Black Mirror: Bandersnatch, where the viewers could make choices for the show’s characters.

The money comes from game-focused investors March Capital Partners, with participation from London Venture Partners (LVP) and others. (Two leaders from those firms, Gregory Milken of March Capital Partners and David Gardner of LVP, will speak on game investing at our GamesBeat Summit 2019 event in Los Angeles on April 23 and April 24).

Dorian wants to build the future of fiction-based interactive media for mobile. Immersive storytelling is a rapidly growing category, and the funding will give help Dorian deliver multiple stories for different audiences, with the first focus on millennial and Gen Z women. 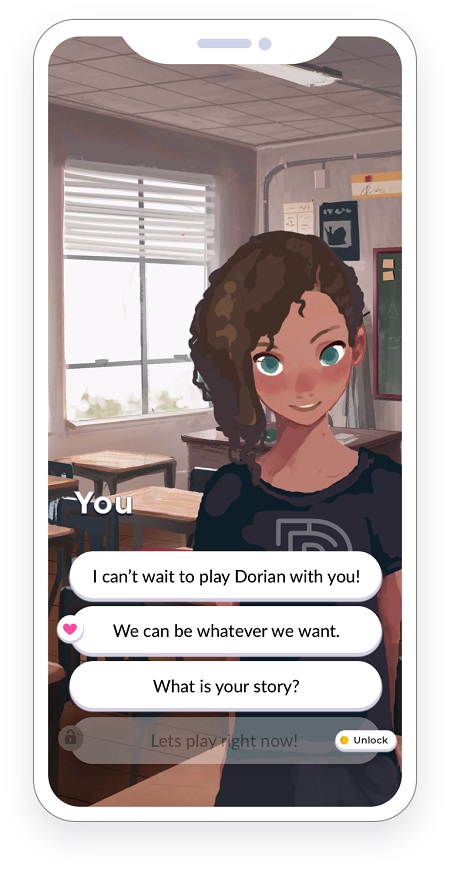 “Dorian was started by women in leadership roles, which helps us create stories that feature diverse and
authentic female role-models that are scarce in interactive entertainment and particularly in games,”
said CEO Julia Palatovska in a statement. “When we talk to players, we hear that young women are tired of the Cinderella stories that still dominate content for women. Dorian will give players control over their individual storyline, the opportunity to connect with like-minded people and the chance to express themselves through meaningful choices that make a difference.”

As storytelling is a social activity by definition, Dorian works on a new take of the choose-your-own
adventure genre. Players may collaborate and make choices together. This move from
traditional to interactive fiction, with readers taking the driving seat, mirrors recent shifts in
television, film, art, and theater, driven by the generation of users who grew up building content in such
games as Minecraft and Roblox and don’t want to be passive consumers.

Dorian said its product will not only let users make decisions in interactive nonlinear digital stories, similar to what audiences experienced in Black Mirror: Bandersnatch, but also enjoy deep social collaboration with their friends and families. 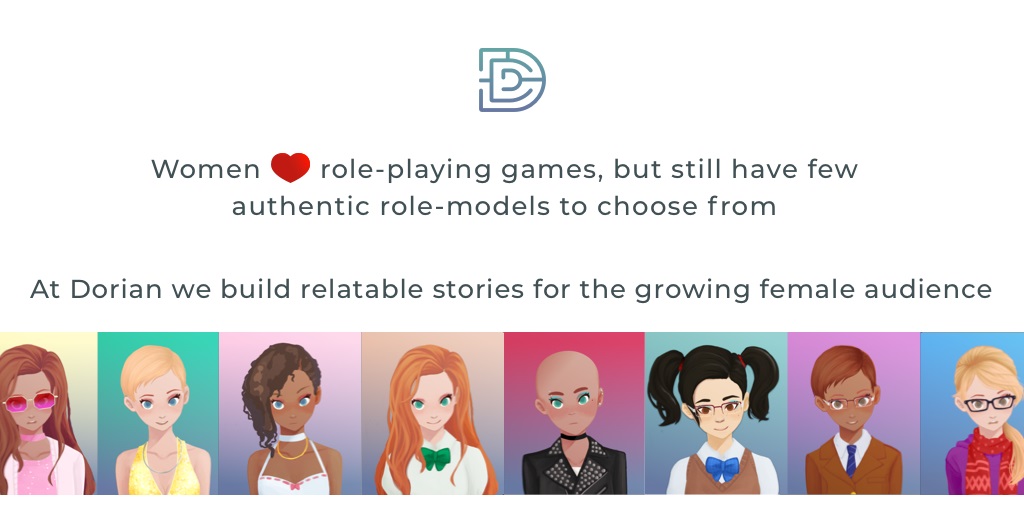 Above: Dorian is a new take on choose-your-own-adventure stories.

“Dorian identified a generation shift in content consumption habits and aims to build a platform to
reach both underserved female audience and the next generation of content creators,” said Gregory
Milken, Managing Director, March Capital Partners. “Being attuned to their audience has given Julia and
her team an advantage in creating an app that will make them leaders in the interactive digital fiction
space.”

For the past 10 years, women have made up nearly 50 percent of people who play games in the United States, especially on mobile devices. Yet only around 20 percent of the professionals within the gaming industry are women. This leads to the lack of female-friendly content, the company said, with most games being built by men and for men. Addressing this is one of the main motivations for starting Dorian.

Dorian is led by game industry professionals with many years of experience in mobile games and
entertainment. Palatovska most recently worked at games-focused VC fund LVP, which is now an
investor in Dorian’s seed round, after helping build game publishing and content pipeline at mobile
games publisher G5 Games that got publicly listed in the Nasdaq Stockholm.

She teamed up with Jordan Lee, who has been in senior game engineering roles at multiple mobile game studios such as Nexon M and Digital Chocolate; and Heather Logas, former game designer at Pixelberry, the studio behind one of the leading interactive fiction apps Choices: Stories You Play.

“We invest solely in the digital games industry because of our deep conviction that even the most traditional hobbies will be dominated by digital formats,” said David Lau-Kee, general partner at LVP, in a statement. “Dorian’s focus on interactive storytelling and their strategy to build a new medium combining fiction with social gameplay appeals immensely, and the positive response from early users confirms Dorian’s ability to address a huge and often misunderstood audience.”

Other investors in the round include MTG (acquirer of ESL, InnoGames, and Kongregate); Century Game, backer of Kakao Games; Joi Ito’s fund, Neoteny 4; and prominent angel investors in games: Jens Hilgers, known for cofounding ESL; Kevin Lin, cofounder of Twitch; Holly Liu, previously cofounder of Kabam and now a visiting partner at Y Combinator; and Jonathan Zweig, former founding CEO of AdColony and currently cofounder and CEO of AppOnboard.