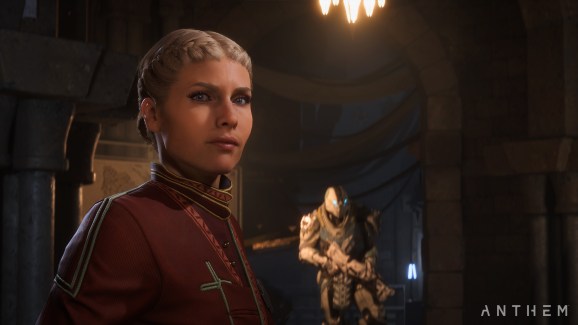 Consumer in the United States spent $1.05 billion on gaming-related products in February, according to industry-tracking firm The NPD Group. That’s up 4 percent compared to $1.01 billion in February 2018.

The uptick in sales is due primarily to big game launches like Anthem and Jump Force. But the industry also saw growth in accessories and game cards as people rush out to purchase new gamepads. That was enough to patch over the hardware space, which is beginning to retract after years of growth.

Here are the results for February 2019

The best-selling games of January 2018 in the U.S.

Software sales were up in February compared to the same period in 2018.

That’s impressive in part because of the blockbuster launch of Monster Hunter: World last February. But Anthem and Jump Force both had strong debuts and other games continue to sell well.

And that doesn’t even include Anthem’s PC digital sales. More importantly, it doesn’t count the people who signed up for EA’s Access Origin Premier service for $15 per month. That figure is likely significant since that membership now gets players access to a library of older games as well as Battlefield V and Madden NFL 19.

The Nintendo Switch was the best-selling console of the month. It also generated the most hardware dollars for Nintendo since February 2011. You can read more about the hardware results right here.

For accessories and game cards, sales are climbing once again. This segment generated $313 million, which is up 6 percent year-over-year.

“Gamepad spending gains were the primary driver of the increase,” said Piscatella. “Nintendo gamepad sales increased nearly 80 percent in the month of February, and are now up approximately 90 percent year to date.”

“Year-to-date spending on accessories and game cards has increased 8 percent when compared to a year ago, to $580 million,” said Piscatella. “As with February, gamepads are the primary contributor to spending gains.

The best-selling games of 2019 so far

The best-selling games of the last 12 months