Google CEO Sundar Pichai and executive Phil Harrison introduced Google’s cloud gaming platform, Stadia, at the Game Developers Conference in San Francisco. They also showed a Google-made Stadia controller that you can use to play games on any device.

The vision is to make games accessible to everyone in the world, Pichai said. Google’s vast data centers will support a cloud that can handle the processing of games at 4K resolution, and they can be displayed and played on any device, from low-powered PCs to smartphones.

Stadia will launch sometime this year, but Harrison did not say how much it would cost. I assume that they will have subscriptions for the service.

Harrison said games like Assassin’s Creed: Odyssey can load within 5 seconds, and it can be played on anything, whether a smartphone or the “least powerful PC” that exists. The idea is to eliminate friction that stops players from playing games.

“We finally get to share Google’s vision of games,” Harrison said. “Our vision for Stadia is simple. One place for all the games you play.”

Google signaled its intentions when it hired Phil Harrison, the former head of Sony’s worldwide studios and a former Microsoft Xbox executive, last year. The clues got even bigger as Google assembled a team of game veterans, including the hiring last week of former EA and former Ubisoft executive Jade Raymond. 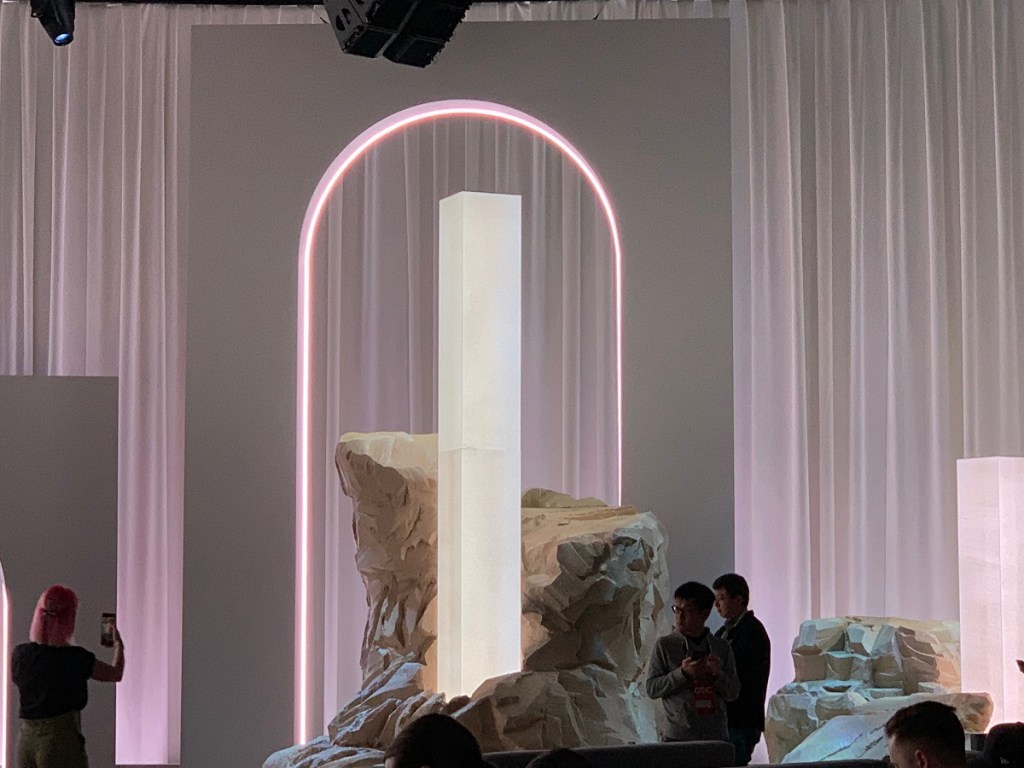 “The power and accessibility of streaming will give billions unprecedented opportunities to play video games in the future,” said Yves Guillemot, the cofounder and CEO of Ubisoft, in a statement. “We are proud to partner with Google on Stadia, building on what we’ve learned with Project Stream via Assassin’s Creed Odyssey. This is only the beginning, and we can’t wait to continue collaborating closely with Google on what’s next for Stadia.”

Google did a test run of the Project Stream technology last fall with Ubisoft’s Assassin’s Creed: Odyssey, a triple-A game that ran over the cloud, streaming it to a Chrome browser on a laptop to

“Of course, our vision is far beyond a single game,” Harrison said.

He showed it onstage running on an Android smartphone and a Pixel Slate TV. Google is also introducing a Stadia controller, which can link to a device and let you control a game with a modern game controller on any device.

The Capture button lets you share the game experience to YouTube. It also has a Google Assistant button that lets you access a built-in microphone to get help while playing a game, as specified by developers.

Advanced Micro Devices is building a custom graphics processing unit (GPU) to do 10 teraflops of graphics processing power. The AMD GPU runs at 10.7 GPU teraflops versus 6.0 or the Xbox One X and 4.2 for the PlayStation 4 Pro. It uses Linux and the Vulkan open applications programming interface. It is partnering with Unity and Unreal to bring game engines to the Stadia ecosystem. The AMD chip goes into servers in the Google cloud, and developers can create games that will run upon it. 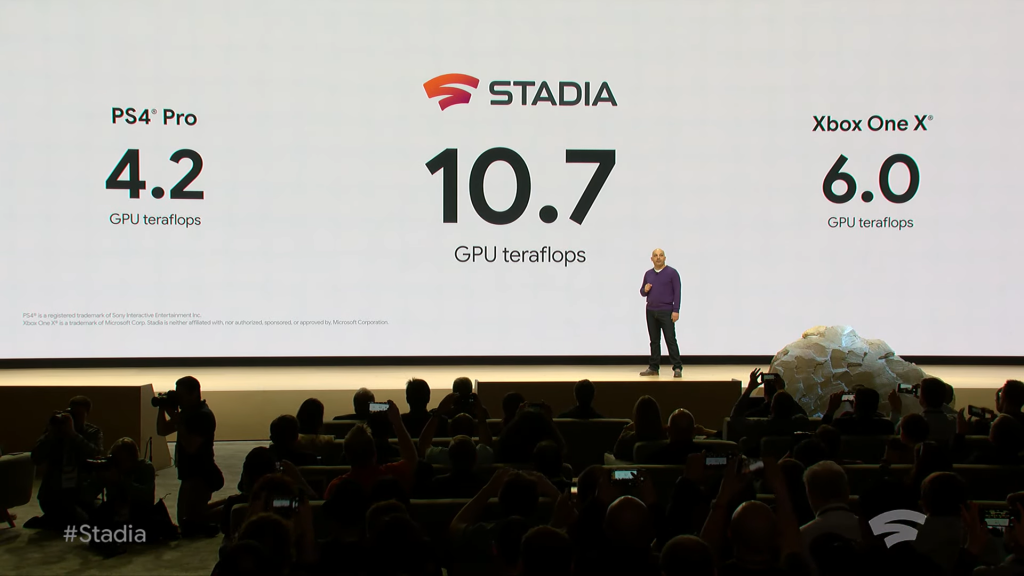 Marty Stratton of id Software said he was skeptical at first when talking to Google. But he said that the upcoming Doom Eternal will run on Stadia, and it took a few weeks to get it ported because both Stadia and the PC game use the Vulkan API.

The game will run at 4K with HDR color at 60 frames per second, Stratton said. Harrison said Doom will run on a single GPU. But games can take advantage of multiple GPUs at once.

Stadia will support full cross-platform play. And it will also enable split-screen gaming on a single display, via something called Stream Connect, with no performance penalty, said Erin Hoffman-John of Google.