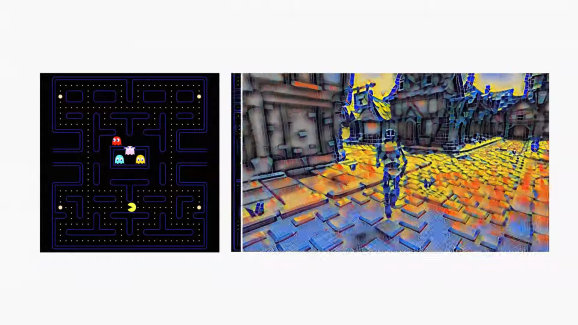 At a press conference today during the 2019 Game Developers Conference, Google took the wraps off of Stadia, its cloud-powered gaming service, and demoed a particularly eye-catching feature: Style Transfer ML. Through style transfer, a machine learning technique that recomposes images in the aesthetic of other images, it enables game developers to map textures and color palettes from artwork, photos, and still images to game environments automatically.

“We’re doing our part to empower the artist inside of every developer,” Erin Hoffman-John, lead prototyper at Google, said onstage. “What excites us and some of our partners so far, is how many playable art styles we can create just by feeding it more and more images. It inspires and empowers our artists to get the visions in their heads into [games] in a whole new way.”

Luz Sancho, chairwoman of Tequila Works — the development house behind Deadlight and WonderWorlds, among others — detailed it onstage. “We start with a gray box world and take any image we want … and the model does the rest,” she said, as a scratch art sample transformed an untextured game world into something akin to a storyboard. It even works with screenshots of other games, Hoffman-John said, like Pac-Man. 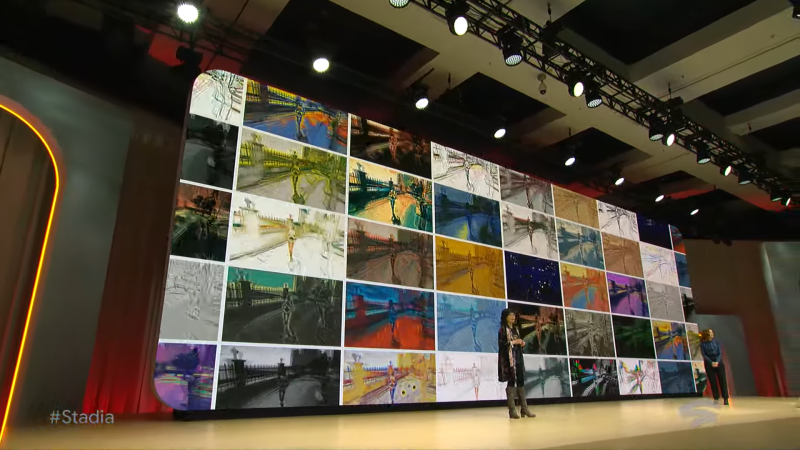 If the phrase “style transfer” sounds familiar, that’s because popular smartphone apps like Prisma leverage it to make photos appear as though they’ve been painted on canvas. It’s been used for such projects as modifying the Mona Lisa based on styles the algorithm learned from Egyptian hieroglyphs. A few years back, Facebook unveiled style transfer software that let users apply and switch artistic styles for live video streams on Android and iOS. Shortly after, Google demoed a style transfer app of its own for webcams.