Nate Mitchell is head of virtual reality products and cofounder of Facebook’s Oculus division. He’s been there since near the beginning of VR’s rebirth, and he was at the Game Developers Conference this week to evangelize the newest Oculus products.

The Rift S has some much-needed features like inside-out tracking, which means there are five cameras on the headset that detect where your body and hands are. Gone are the sensors that had to be set up in a room to track your movements. It has a higher resolution, redesigned controllers, improved lenses, better ergonomics, and an easier setup process with “passthrough” vision, which lets you see the environment around you without requiring you to take off a headset.

I tried it out at GDC on Monday and enjoyed the various games for it. I also interviewed Mitchell. 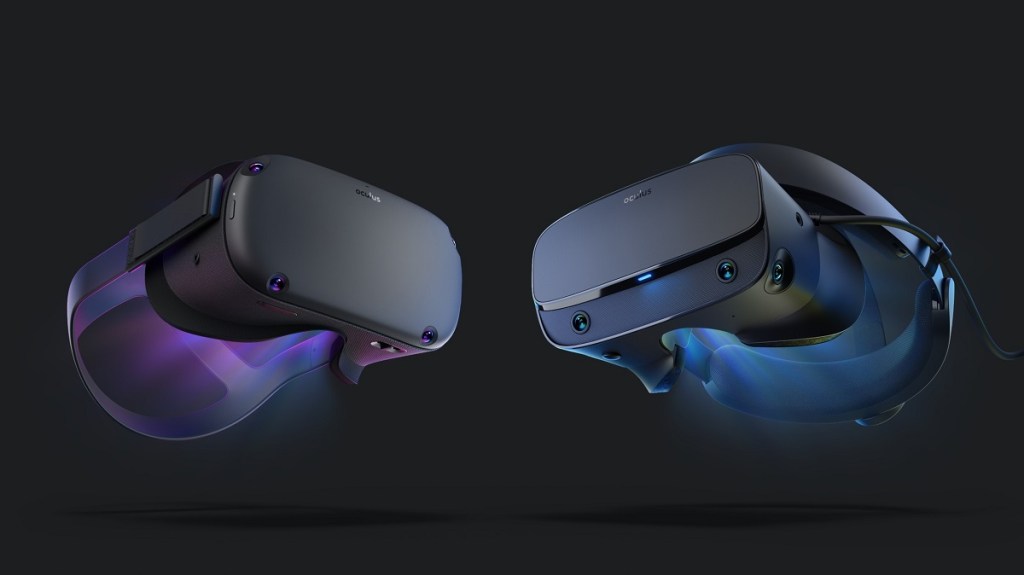 GamesBeat: You had some leaks on the Oculus Rift S?

Nate Mitchell: There might have been a few Rift S leaks, if you follow the VR blogs closely. We’re excited to finally share it publicly and demo it for the first time.

GamesBeat: How did you arrive at that collection of features as the next step?

Mitchell: As we mentioned, we’ve wanted to update Rift for a long time. This felt like the natural evolution. If you look at consumer feedback on the device, resolution rises straight to the top. That’s what we hear consistently from users and developers. Especially in a device that’s all about immersive gaming, you want the highest graphical fidelity possible, the best visual clarity. That was obvious.

A lot of the feedback was also on convenience of the device. How do we make it easier to use, especially when it comes tracking? The setup for Rift takes longer than we want it to today, with the external sensors. If you buy Rift and Touch, you only end up with front-facing, 180-degree tracking. We went back and said, “What if we bring Insight over to Rift and have room-scale out of the box, with 360-degree tracking using Touch?” That felt like an obvious way to go as well.

The halo strap design was something we partnered with Lenovo on. Lenovo has a bunch of great experience in the VR/AR space. It’s been a fantastic partner for us in developing Rift S. It really improves the weight distribution, as well as getting quickly in and out of the headset. We felt that was another big win. We think people who love their Rift are really going to enjoy playing the same great content library on the Rift S. It’s a more immersive, more convenient experience.

GamesBeat: I read Blake Harris’s book all the way through. I got the sense that there were a couple of Rifts that got canceled. If you’re figuring out where to land with your second generation and some things work and some things don’t, how did you get to this point?

Mitchell: I can’t comment too much on internal Oculus projects. What I can say is that we do think that Rift S is the right next step for the Rift platform, with a big focus on how we can make the 6DOF VR gaming ecosystem as big as possible, as accessible as possible to the widest audience possible, while still delivering on that core VR gaming feature set that we know gamers out there want and love.

There have been many delayed or canceled internal Oculus programs, but what you’re seeing in the product line across Go, Quest, and Rift represents our best products to date. We’re excited about where those are landing. We’ll have more to share on future products in the future. Today it’s all about Quest and Rift S, which are just around the corner. 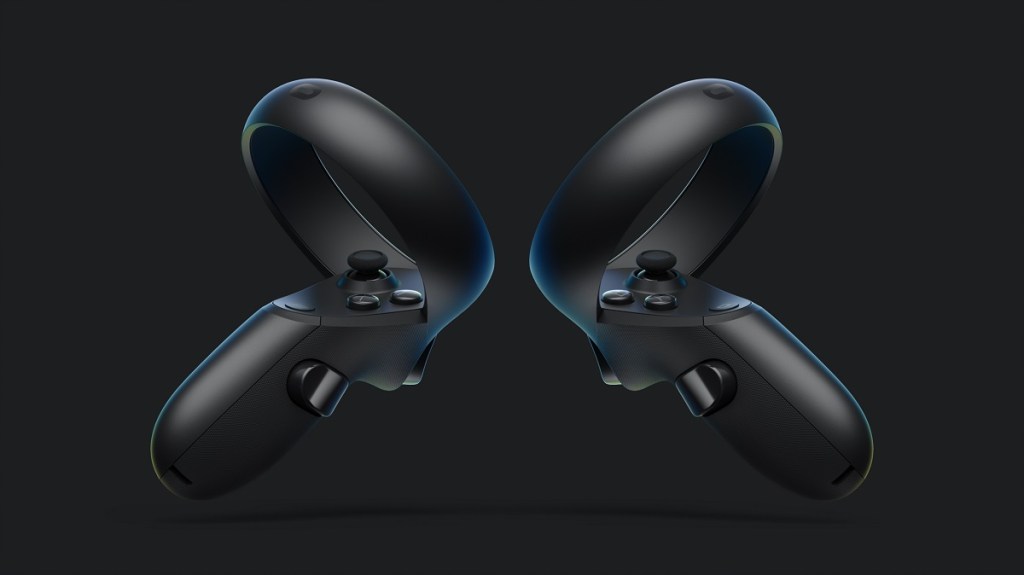 GamesBeat: I remember that in the early days there was talk of perhaps being able to update these every year. Have you figured out that maybe this cadence is closer to what will work in the market?

Mitchell: We’re still experimenting with cadence, honestly. Three years for Rift is longer. But this is a great debate. It’s longer than I would have liked it to be, but it’s where we landed. There is an opportunity to move faster. The advancements that we’re making internally would allow us to bring out pretty compelling improvements each year, or cost reductions. We learn so much when we ship a device and hear the feedback from customers and developers on what they want. It’s invaluable.

I don’t think we’ve hit our sweet spot quite yet. Stay tuned for more, and again, I think where we are with Go and Quest and Rift S is the beginning of this next chapter for us.

GamesBeat: Even the naming, with Rift S — it sounds like you made a decision not to call it a 2. Why was that?

Mitchell: We called it Rift S because it is more of an evolution of Rift than a revolution. It takes everything you know and love from Rift and brings it all to the next level. For us it felt like Rift S was the right product name to convey that to the customer.

GamesBeat: As far as where the whole VR universe is now, do you feel like things are close enough together, or are they diverging a lot? Now HTC has the eye tracking stuff. That almost seems like a different generation of some kind. The XR standard came out today, too. 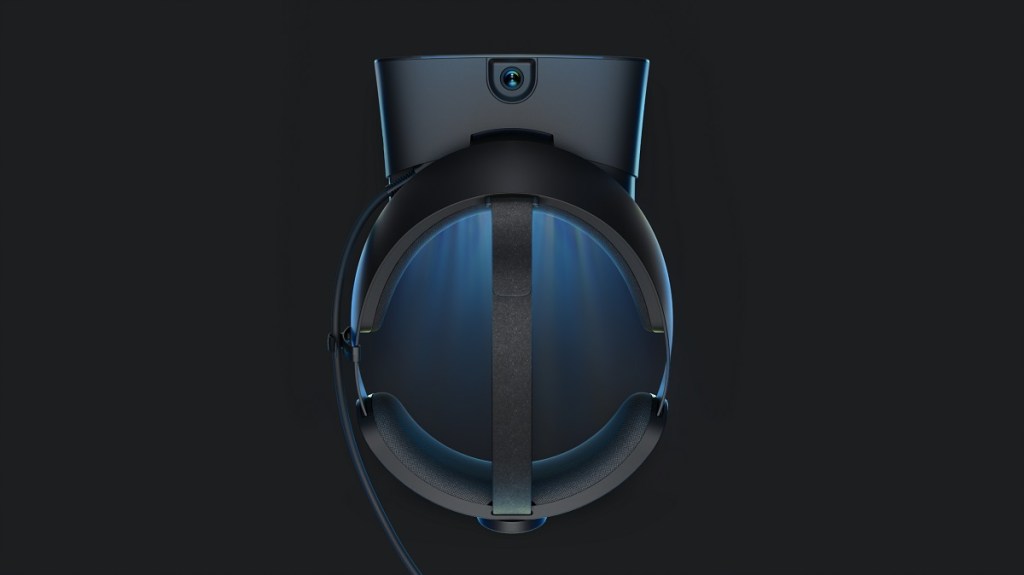 GamesBeat: It’s almost like how ARKit and ARCore have been getting further and further apart. How do you feel about where VR is as far as staying together?

Mitchell: For VR broadly we’re still in this first generation of devices. There are some folks experimenting with features that fall outside the baseline feature set for 6DOF gaming, but I don’t think we’ve seen anything take hold in a way that changes the gaming landscape. You mentioned HTC experimenting with eye tracking. I don’t think we’re seeing a lot of titles come out that feature eye tracking support in a way that drags the ecosystem in one direction.

What we’re landing on is, there’s a baseline experience that’s great 6DOF tracking, very low latency, and great 6DOF touch controllers allowing you to interact with things naturally in the space. There are tradeoffs in terms of headset design and whatever else, but that is the immutable feature set for generation one.

We’re excited about people pulling in various features and potentially experimenting in a way that pushes things forward, but we’re not going to see what really takes hold until more of a generation two. We’ll see, as things evolve, where that lands. We definitely have an opinionated perspective on where the VR industry should go. At the same time, we’re working on things like OpenXR to increase compatibility across devices and across applications. 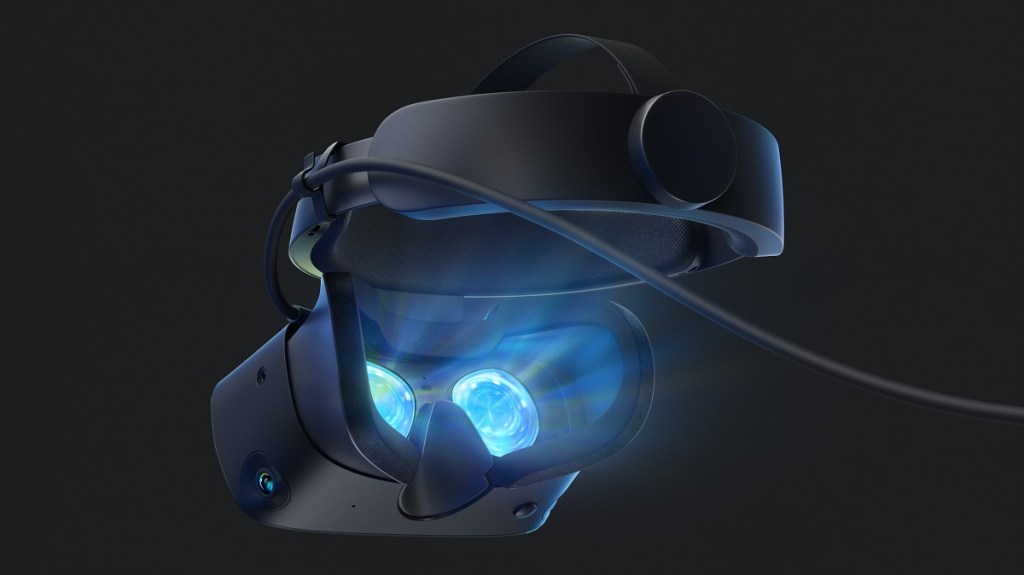 GamesBeat: If you look at the experience you get from the Void, how would you categorize that compared to where you are now?

Mitchell: If you look at LBEs, you’re seeing hints of what the next generation could be. One thing I love about the location-based experience is that they can push the envelope on all axes, because there’s no concern for price or convenience. They’re just going all out to deliver the holodeck, and it’s awesome.

What you see in those experiences is a good indicator of what we’re likely to see manufacturers like us translate into home consumer products, but they’re loading tons of features in those devices, because cost is no object. It’s not going to be exactly like the Void for the next generation of Quest or Rift, but there’s a lot to learn and draw from in terms of what works, what people want, and what dramatically makes the product better, especially for games.

GamesBeat: Here at GDC, what did you want to communicate to developers?

Mitchell: One of the big things we’re communicating to devs is just that with Quest and Rift S, we’re investing incredibly heavily in the 6DOF gaming ecosystem, which is going to be a huge win for them. We talked before about how we can increase the accessibility of these devices and bring the most people in. We feel like these are two devices that will help take VR gaming to the next level. Gamers everywhere are going to love them.

Looking at this as one holistic ecosystem — if you and I are developers, we can build an app for Quest and the Rift platform — is going to be a huge win for us as far as the overall addressable market. We’re also investing heavily in content, a ton of new content, to help build awareness around VR and help build excitement around the devices as well. We think 2019 is going to be the best year for VR yet. We hope developers are encouraged and inspired by that.