Nintendo’s Nindies showcase featured some big surprises, like Cuphead and Cadence of Hyrule. But after playing many of the featured games at a event hosted by Nintendo at the Game Developer’s Conference this week in San Francisco, I know that you should also be excited about the games that aren’t grabbing the headlines. Creature in the Well, which is coming out this summer for Switch and PC, is one of the best of them.

Creature in the Well is a top-down action game, kind of like Zelda or Bastion. But it has one major twist. You don’t use your weapons to hit enemies. Instead, you’re hitting projectiles and trying to ricochet them into objects that look a lot like those parts of a pinball machine that bounce your ball around.

This isn’t an accident. Creature in the Well is channeling that pinball energy on purpose, and it gives the game a special flavor that stands apart from Zelda-like indies. Most rooms have locked doors. You can only open these by giving them energy, and you earn energy by knocking projectiles into these bouncers.

Your arsenal isn’t just a single weapon. In the demo, I started with a simple lead pipe that was only good hitting energy balls in the direction I smack them in. A sword I got later in the demo let me hang onto those projectiles by holding down the attack button. I could then move my character around and better aim where I wanted them to go. 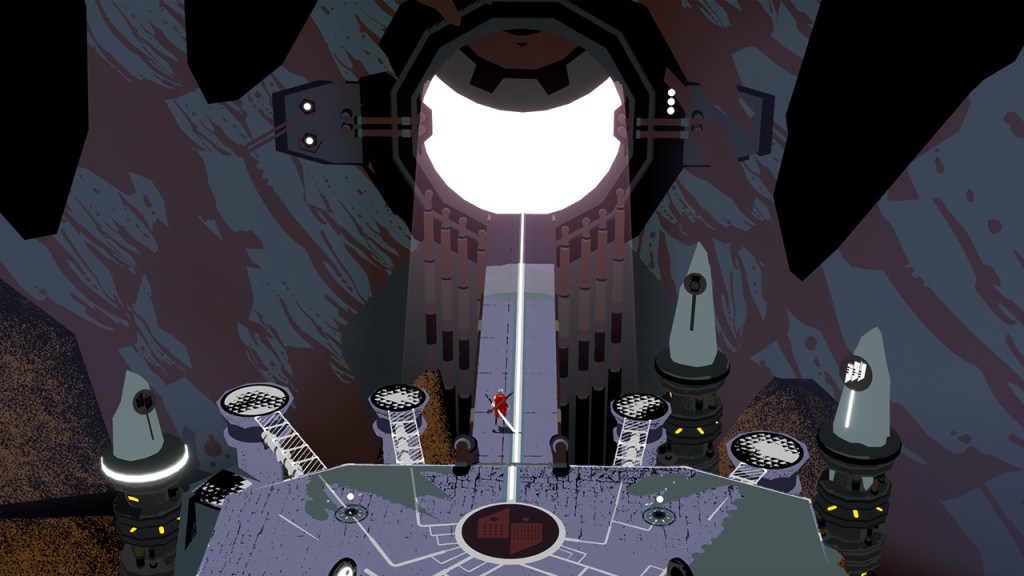 Above: You’ll need more than a sword to beat this dungeon.

This pinball mechanic extended to the demo’s boss, which was a frantic race to collect every energy ball shot at me and then fire them back at rotating bouncers. Of course, I had to do all that while avoiding lasers. It was challenging, but fun in a frantic way. Kind of like how you feel when you’re juggling a pinball between two flippers, knowing that the slightest break in your concentration will end your game.

The gameplay is creative, and Creature in the Well also looks great. It’s distinctive, comic-like style takes its inspiration from artist Mike Mignola’s Hellboy. The characters and environment look dark and foreboding without appearing dull or saturated.

The full game will launch with eight dungeons. If they’re anything like my short demo experience, they’ll be a blast to explore. Creature in the Well could be another indie hit for Switch.