Valve’s Steam digital game store has new competition for developers from the rival Epic Games Store, and so the company is upgrading its features to make Steam more attractive. It is adding, for instance, indicators that show if a friend is playing a particular game in a gamer’s Steam Library.

At the Game Developers Conference 2019 in San Francisco, Valve’s Tom Giardino and a few colleagues are giving a talk about Steam’s goodness in the face of Epic Games’ aggressive push to give developers more help, such as charging developers a fee of only 12 percent of game proceeds compared to Steam’s 30 percent take.

Giardino said Valve is trying to be more transparent about Steam’s upcoming changes. He said Steam operates on some simple values, such as wanting players to experience the best possible version of a game surrounded by a rich set of features and services.

Valve also wants developers to have low friction access to powerful tools and the freedom to manage their games on Steam directly, Giardino said. And he said that Valve constantly reinvests to grow the addressable market for developers, with the goal of making markets bigger and more efficient. 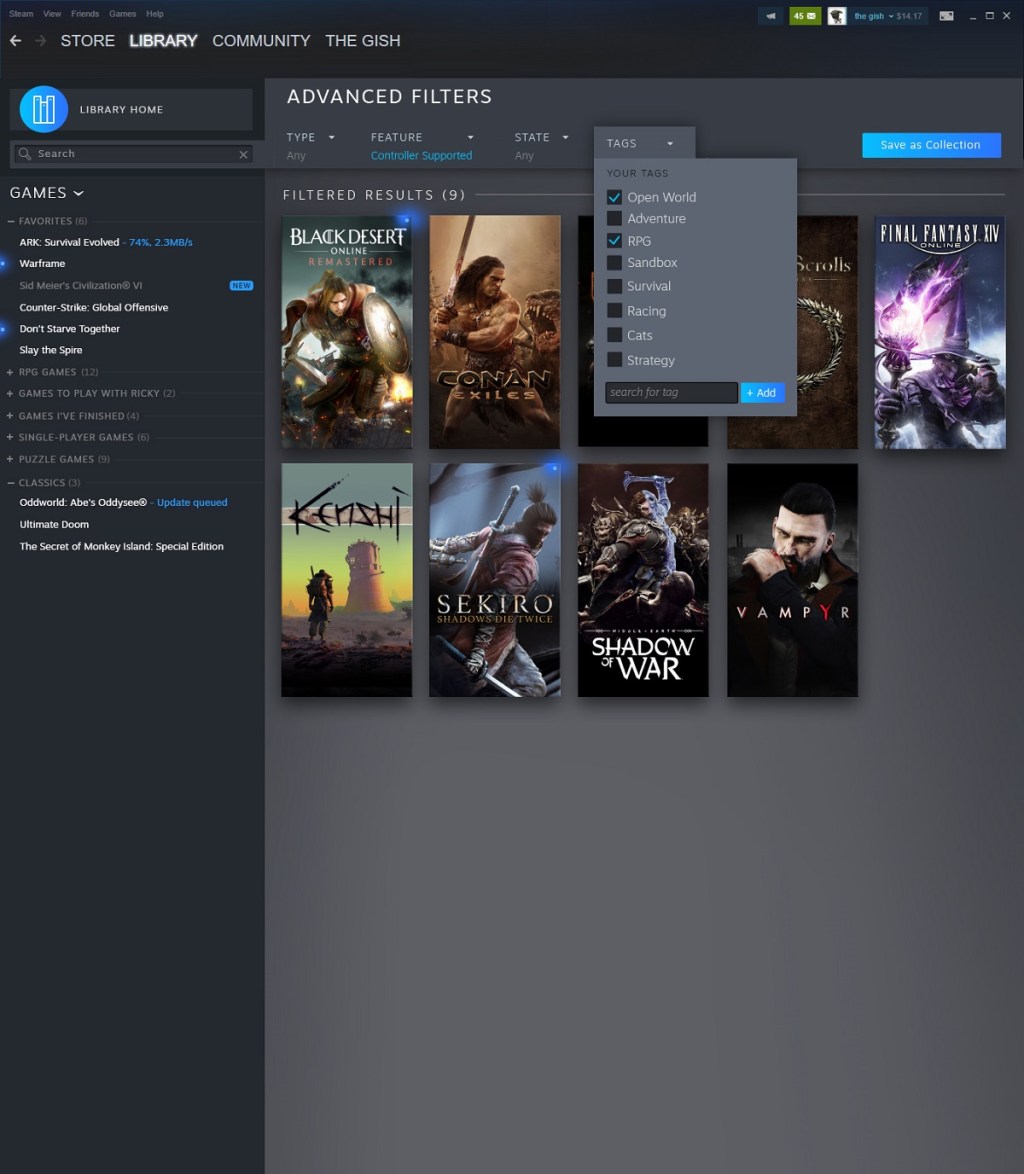 And Valve keeps investing in ways for developers to make their customers happy, and to create new tools from scratch, such as SteamVR. Valve’s concurrent users went from 1 million in 2009 to a peak of 18.5 million in 2018.

“It’s been a crazy decade with lots of change,” Giardini said. “Throughout that disruption, our principles stayed the same.”

Alden Kroll of Valve said that Valve is adding a Steam Events communication platform to Steam that shows you at a glance what is happening to games in the player’s Steam Library. This helps players stay plugged in to notifications for live services games that draw players back regularly.

“Customers want to know what is happening with games in their library,” Kroll said. 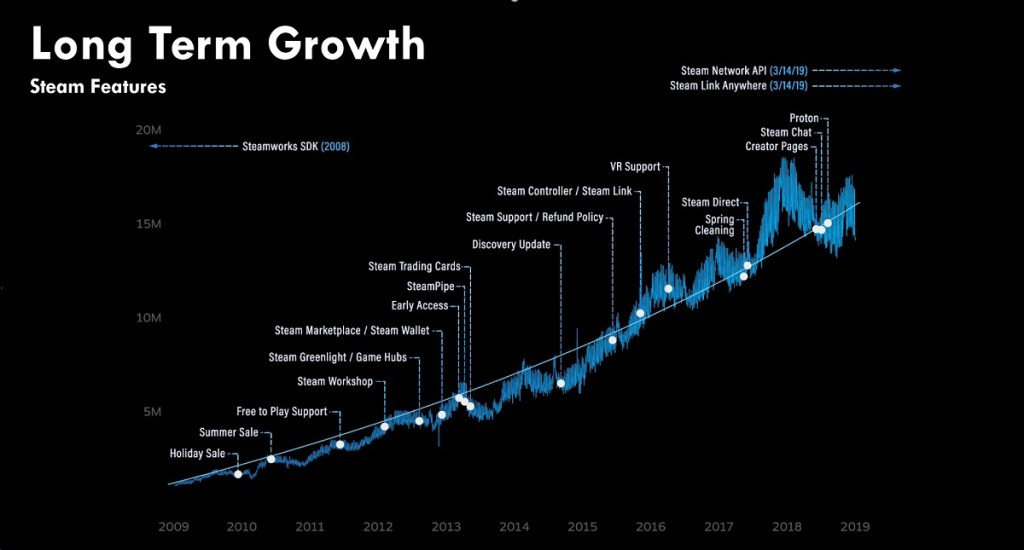 Above: Steam’s history of upgrades

The event detail page will have a call to action, like a button to return to a game. Players can set reminders for upcoming events. Players can choose if they want notifications via Steam Client, email, mobile app notifications, text messages, or personal calendar apps like Google Calendar.

When you look at a game in your library, you can see which friends are in the game right now, what content you have purchased, and a summary of when you last played the game. Developers can also embed livestreams of gameplay directly on the store page. Steam Events will roll out in the coming months.

Valve is already working on preventing off-topic review bombing, where trolls attack games in an attempt to lower their review scores because they don’t like something the developer did.

“There’s a button for developers to call for help if a game is being attacked now,” Kroll said.

Kassidy Gerber said that Steam is also making its network for games like Dota 2 and Counter-Strike: Global Offensive to developers who have games on Steam. The network can deliver super-fast response times in the range of 30 milliseconds to 60 milliseconds, which is the requirement for games like Counter-Strike. Now other developers can tap Steam’s network infrastructure.

Steam already connects to 2,500 networks, or internet service providers across the world. Steam publishes the stats on average download rates. To date, Steam has delivered 13 exabytes of data via its network. That’s a 13 with 18 zeroes after it. Steam developers have pushed 11 billion game updates to players, and Valve does not require certification for those updates. Valve also deals with denial-of-service attacks.

“There’s no need for you to operate your own network,” Gerber said. “You can get a good quality of experience and matchmaking.”

Uy said that in Japan the company found that players want to pay for Steam games with Steam payment cards that they can pick up at convenience stores. Players can buy the cards at stores, go home, and redeem the cards. This is one of a hundred different payment methods, and Valve has learned that most of the payment methods used in Asia aren’t the same as methods in the U.S.