When Apple announced that it was launching Apple Arcade as a gaming subscription today (without revealing a price), it took a deeper step into the game business than it has ever done before by funding new titles.

Apple will commission and fund games for the service, and these exclusives won’t appear anywhere else. They’ll just be on the Apple Arcade subscription service. They won’t even be available as paid individual apps in the iOS app store.

The funding part is likely why the company has been able to sign up legendary game designers like Will Wright, creator of games like Sim City and The Sims, as makers of exclusive content for Apple Arcade. 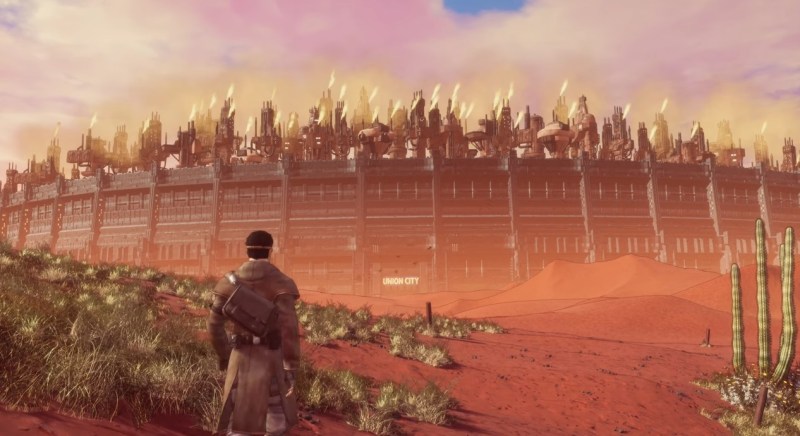 Above: Apple Arcade’s Beyond a Steel Sky.

Sam Rosenthal and Cedric Adams, makers of Where Cards Fall, are making an exclusive title for Apple Arcade. Hironobu Sakaguchi, the creator of Final Fantasy and founder of Mistwalker, is working on something called Fantasian for the service. Denis Mikan showed a game called Lifelike, where a player controls a swarm of fish or other creatures.

Bekah Saltzman is working on Overland, an indie title set in the post-apocalyptic world. Charles Cecil and Dave Gibbons (creator of Watchmen) are working on Beyond a Steel Sky, which is like a console game on mobile. Overall, Apple listed 35 developers and publishers working on Apple Arcade. 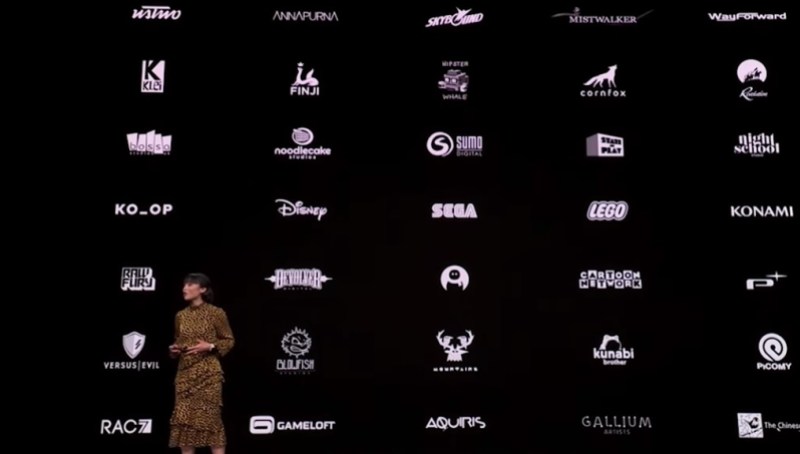 While those artists were shown in videos with their works, Apple didn’t provide any details on what those games will be. The subscription service will launch in the fall with more than 100 titles. Apple didn’t say how much the service would cost yet. Players will be able to play on iPhones, iPads, Macs, and Apple TV. Apple promises it will have a wide spectrum of games for all customer types.

Apple’s Ann Thai, manager for the app store, said onstage that the service will be available in 150 countries, and the games will be playable both in online and offline modes. The library of games will expand over time, and it will include both single-player and multiplayer games. (Presumably, an offline mode could be a tutorial in a multiplayer game). 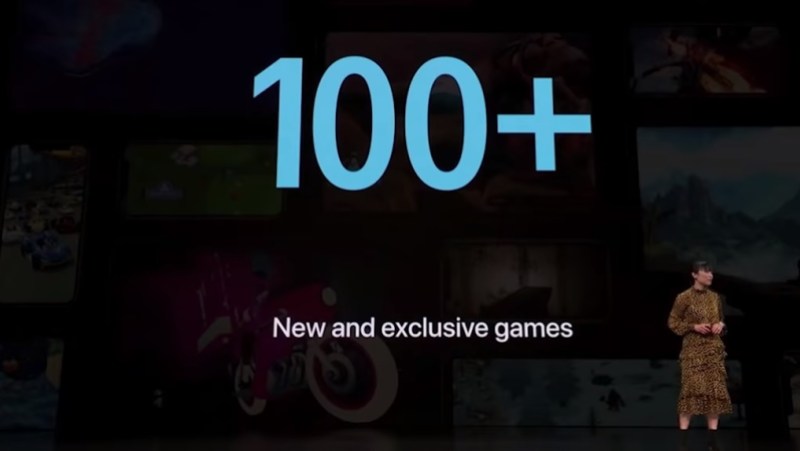 Above: Apple Arcade will have more than 100 games.

Thai said that Apple is contributing to development costs and working closely with creators to bring the games to life that would otherwise never been made. On mobile, game developers have to worry about making titles that have in-app purchases or can support ads. But Apple Arcade will not have those things, and Apple will not share private data for any players with the game developers or other third parties, Thai said onstage.

In some ways, the subscription service is a way to ward off the threat of cloud gaming. Services like Google Stadia would enable people to play triple-A console games on mobile devices — without paying Apple anything. 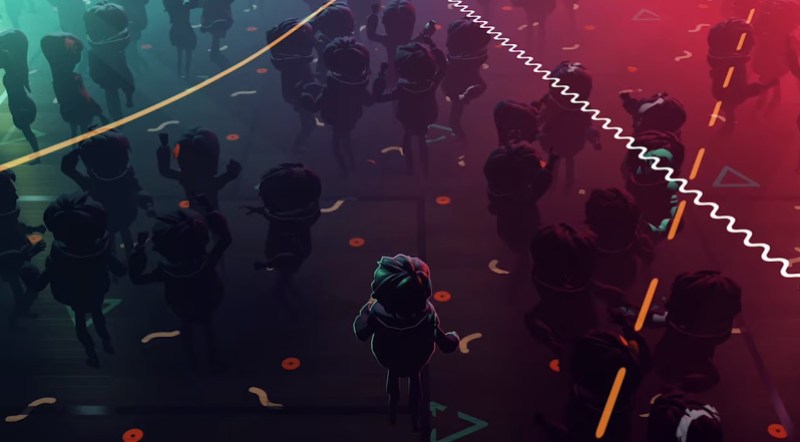 Above: Where Cards Fall

“Apple is making an early strategic move to both protect its app store revenues as these new services target iOS devices and to increase its potential margins from what will be a first-party games service,” said Piers Harding-Rolls, an analyst at IHS Markit, in an email. “As a download service, Apple Arcade is built to be relevant now, not several years into the future when cloud-based services become more available, scalable, and commercially viable.” 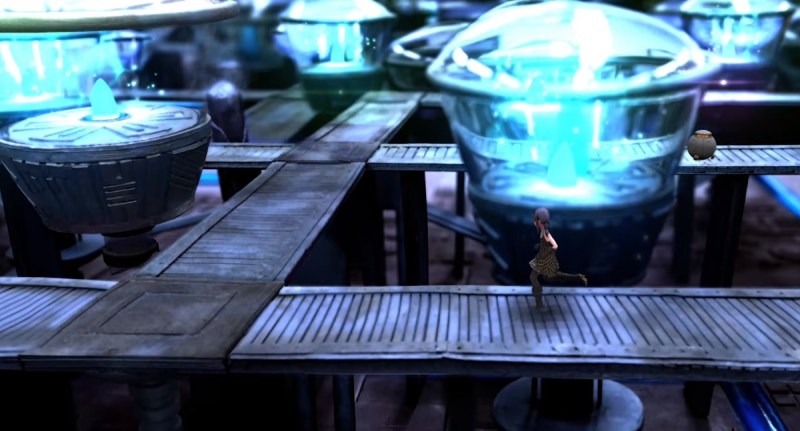 But Apple’s people said their main focus is on consumers and making sure that they have a good experience. Cloud gaming doesn’t allow players to do things like play offline while on a road trip or in a plane. Rather, the idea is to enable creators to create games that they have never been able to do, because of the limitations of things like in-app purchases or advertising. Apple does not appear to be interesting in launching its own cloud service.

In other words, the subscription model is expected to enable a new kind of better game that players will be able to enjoy more than free-to-play games with a lot of built-in delays or microtransactions. Apple wants to “redefine games” with this service.

The developers are free to create things like augmented reality games, which could take advantage of Apple smartphones. But Apple isn’t specifically lifting the veil on anything like that yet.