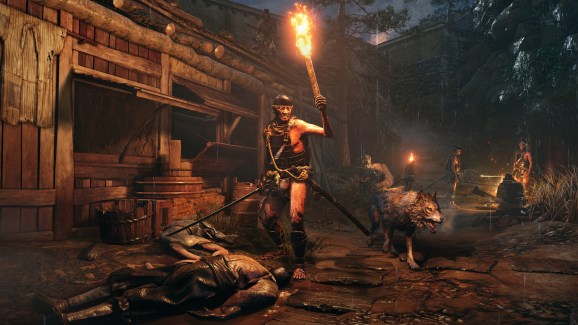 Sekiro: Shadows Die Twice, but on PC, at least they also die at 60 frames per second.

Sekiro: Shadows Die Twice is the latest release from developer From Software. It’s out now on PC and consoles, but I would recommend playing it on the former. Even on an Xbox One X, Sekiro can’t hold a consistent framerate. And it’s nowhere near 60 frames per second. Visually, Sekiro looks great no matter where you play it. But PC is the only platform that’ll get you smooth gameplay as well.

This isn’t just for those of you with high-end rigs. Mainstream video cards like the AMD RX 580 and Nvidia GTX 1060 can both handle Sekiro on high settings at a solid 60 frames per second at 1080p. You can even get away with some 1440p, but expect to drop more frames.

And a faster, smoother framerate is actually important for enjoying Sekiro.

A lot of its combat comes down to timing and reaction times. And 30 frames-per-second means that each frame takes about 33 milliseconds as opposed to 17 milliseconds for one frame at 60fps. That shouldn’t matter because humans require about 250 milliseconds to respond to visual stimuli, but in gaming, we are never responding to just one frame. Instead, we often need a chunk of frames to process visual data.

So the difference is that with 60fps you get 14.7 frames of animation of data within a 250 millisecond reaction-time window. With 30fps, you only get 7.5. This gives you almost twice as much visual data to respond to. Does that make the game easier? From my anecdotal experience, absolutely.

I definitely feel like I have a better chance of surviving Sekiro when I went from playing on Xbox One X to PC.

From Software still doesn’t get PC

But Sekiro is still a From Software game. And that means it’s still missing a lot of features that are standard on PC. It also suffers from some weird problems that may make it a frustrating experience.

No 120-plus framerate support

Sekiro does not support framerates faster than 60. This won’t affect most people because 1080p60 monitors are still by far the most popular. But if you’ve sprung for a display with a 144Hz refresh rate, the game does not come with an option to take advantage of that hardware.

From Software also does not support non-standard aspect ratios. Sekiro only runs at 16:9. That means it has no native option to use the extra width of a 21:9 or 32:9 monitor.

Sekiro has HDR, and it seems to work. But many people are reporting that you need to Alt-Tab out and back in to get it to work. If you don’t, you may end up playing with washed out colors that look terrible.

When I first started Sekiro on PC, it would not recognize my wired Xbox One controller. I eventually fixed that by setting an option in Steam for the game to look for a gamepad. Apparently, that problem is not common.

But if you have a DualShock 4, you should expect issues on PC. To get that controller to work properly, you’ll need to mess around with the Steam options. And you may want to mod the game so it’ll show PS4 buttons instead of Xbox buttons.

Beyond those issues, the game has a number of other problems or omissions in its settings.

So should you play on PC?

Sekiro on PC has a lot of problems, but none of them ruin the experience. And honestly, the community has already fixed most of them. PCgamingwiki.com is keeping track of fixes to uncap the framerate, add ultra widescreen support, and add a FOV slider.

But even if you are afraid of modding, the vanilla experience is still going to run at 1080p60 for most modern machines. And that alone makes it worth it.