HTC announced that its Vive division will use Qualcomm’s technologies for XR standalone and 5G smartphone in its Vive Wave mobile virtual reality platform. Using both the HTC and Qualcomm technologies, headset makers will be able to deploy inexpensive headsets for augmented reality or virtual reality.

That future of inexpensive XR (extended reality, including both augmented reality and virtual reality) headsets is coming pretty fast, as companies are starting to announce headsets that take advantage of connections to smartphones — or connections via 5G or 60-gigahertz wireless to PCs.

Vive Wave is an open platform and tool set that will enable VR developers to create mobile VR content for a family of Vive Wave devices in the future. Qualcomm, meanwhile, makes the Snapdragon processors and wireless chips that facilitate connections to other processing devices. 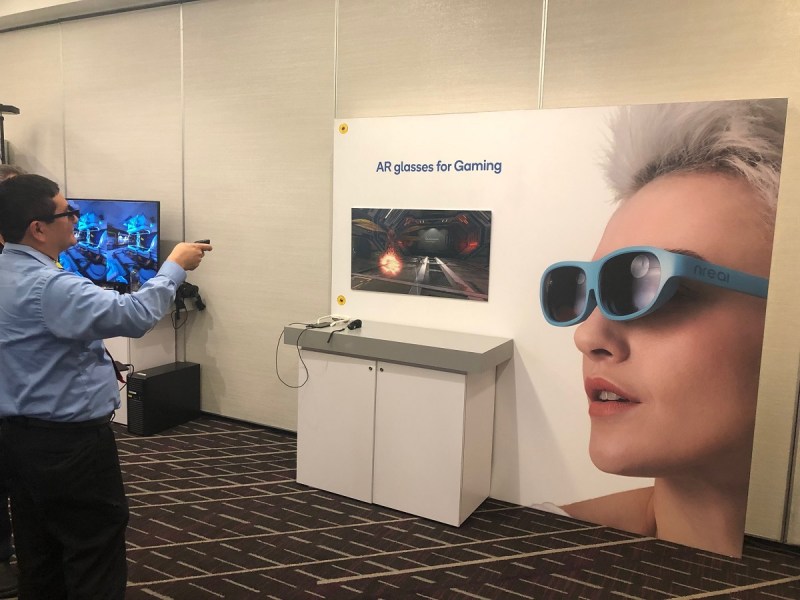 Above: Dean Takahashi demos a Qualcomm-based augmented reality solution with an AR headset connected to a smartphone.

HTC will create an XR solution for smartphone vendors so that they can access the Viveport XR app store. XR headsets can connect to a smartphone via USB Type-C wire, allowing for more lightweight headsets. 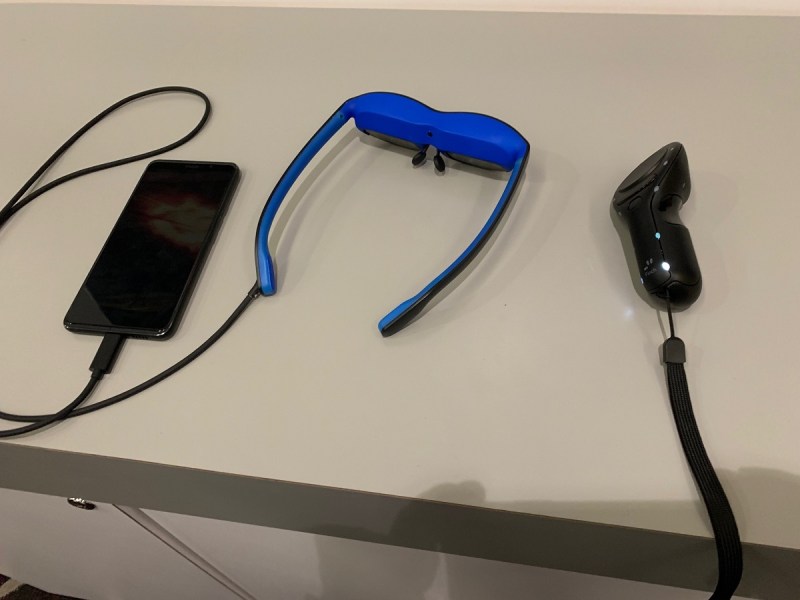 Above: Nreal AR headset with a smartphone attached via USB-C.

“Through this collaboration, we’re working together to build and expand the ecosystem for the global XR industry by making it quick and easy to build mobile-based VR headsets,” said Raymond Pao, vice president of product and strategy at HTC Vive, in a statement. “Benefiting both device manufacturers and developers, this joint effort with Qualcomm Technologies serves to rapidly accelerate new VR headsets across the world and distribution points for developers through Viveport.” 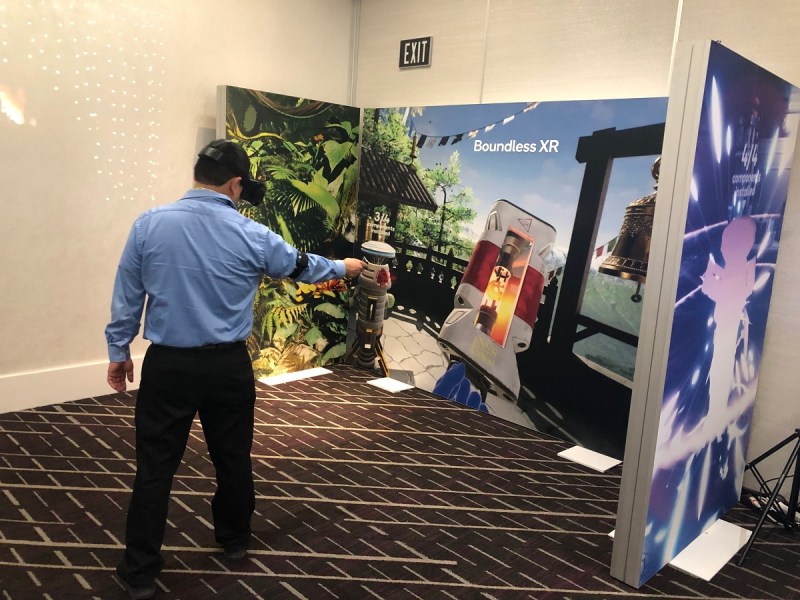 Above: Dean Takahashi tries out a VR headset connected via wireless to a PC.

Last week, Qualcomm’s Hugo Swart, head of XR for Qualcomm Technologies, told me in a demo at the Game Developers Conference that fast wireless connections — over 60 gigahertz wireless or eventually 5G networks — will enable developers to create cost-effective and lighter VR and AR headsets.

For instance, an Nreal AR headset is light because it doesn’t do the processing. Rather, it connects via a USB-C wire to a smartphone, which can also connect to another processing device such as a PC. The AR headset is little more than an XR viewer, as most of its computing power is supplied via the wired (USB-C) or wireless (5G) connection. 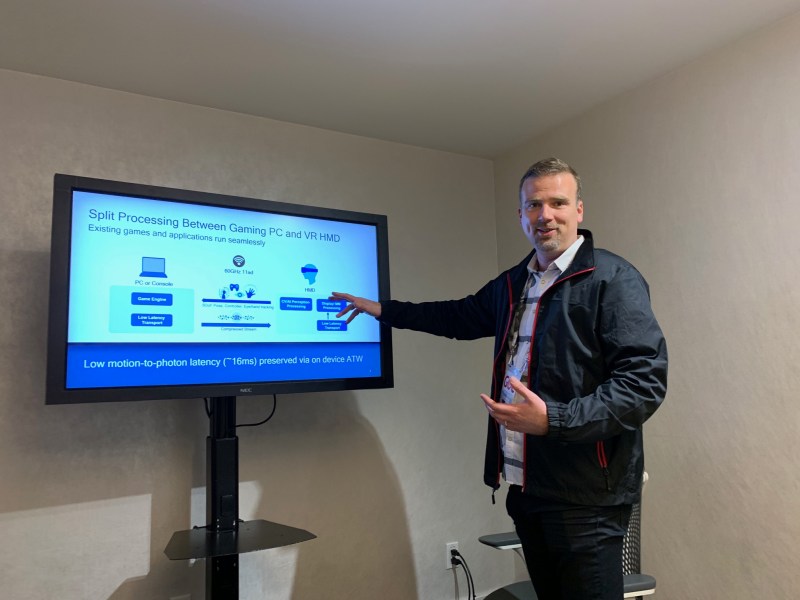 Above: Hugo Swart is head of XR at Qualcomm.

“We are committed to transforming the XR industry and our collaboration with HTC Vive aims to help accelerate XR adoption for consumers,” said Swart. “We are excited to work with HTC Vive to bring Viveport to smartphone [manufacturers] and global operators to unleash the low latency and high-speed potential of 5G and deliver unparalleled XR experiences.” 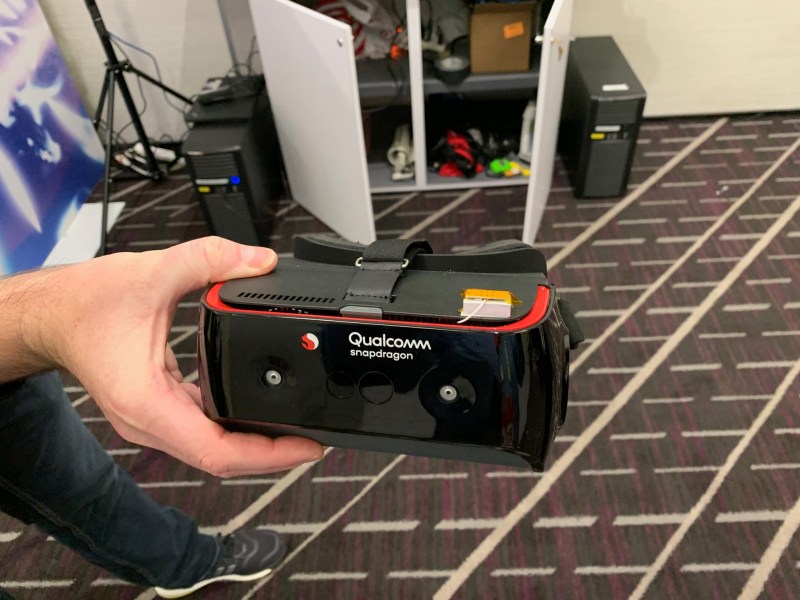 Vive Wave is HTC’s operating system and storefront built and optimized for mobile VR. Based on Android, Vive Wave creates a native OS for VR, while pairing with a unified Viveport storefront. For device manufacturers, Vive Wave enables new VR headsets to be built quickly, while offering a robust Viveport content library that is available from day one.

Vive Wave has been deployed across six headsets from partners such as Pico, iQiYi, and Shadow Creator.