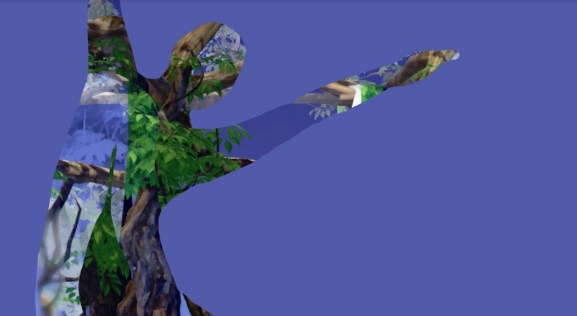 EmbodyMove is a wellness VR experience.

Two Bit Circus is a micro-amusement park in downtown Los Angeles that has modern arcade games such as virtual reality stations. And today it is announcing that it will show of a new VR wellness experience, EmbodyMove.

The new VR app comes from Map Design Lab and Lululemon Whitespace. It is part of a series dubbed Embody, which leverages emerging technologies to create an approachable and inspiring take on traditional mindful practices.

“EmbodyMove utilizes spatial computing to immerse players in an experience centered on movement, wellness, and connectivity to others,” said Melissa Painter, founder of Map Design Lab, in a statement. “We’re excited to share Embody with Two Bit Circus’ park goers, and allow the players to connect with one another in new ways through the use of VR technology.” 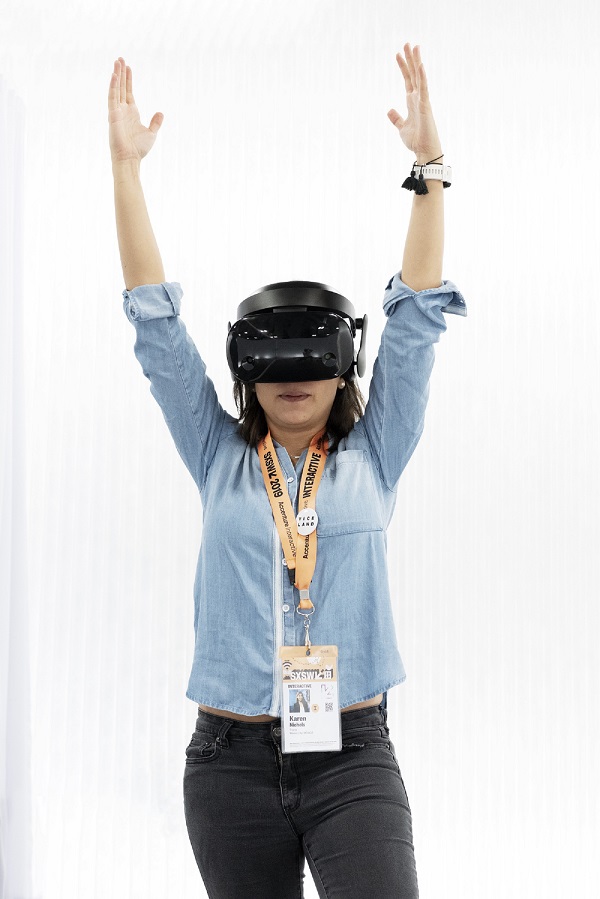 Two Bit Circus was created in part by Brent Bushnell, son of Atari cofounder Nolan Bushnell, and it will be the place where we hold our GamesBeat Summit 2019 event on April 23-24 in Los Angeles.

The collection of Embody experiences tie together themes of physical and emotional recovery – using sensors and interactivity to unlock new ways for guests to be proactive in this essential practice. The VR experience takes two players on a shared journey, inspired by the practices of aikido, yoga, and dance movement traditions. This experience brings a new genre of social play to Two Bit Circus.

It is designed to be a peaceful VR experience, that takes each pair of participants on a journey through nature while they trade and transform avatars. EmbodyMove’s holographic guide takes users through movements, allowing them to see their bodies as flexible tools.

By using only a headset, players are free to focus on creating fluid motions and pilot the entire experience with their bodies. Pressure-sensing yoga mats track users’ weight distributions, while a camera monitors pose position. The greater accuracy the player completes the pose with, the more the virtual environment changes and evolves around them. 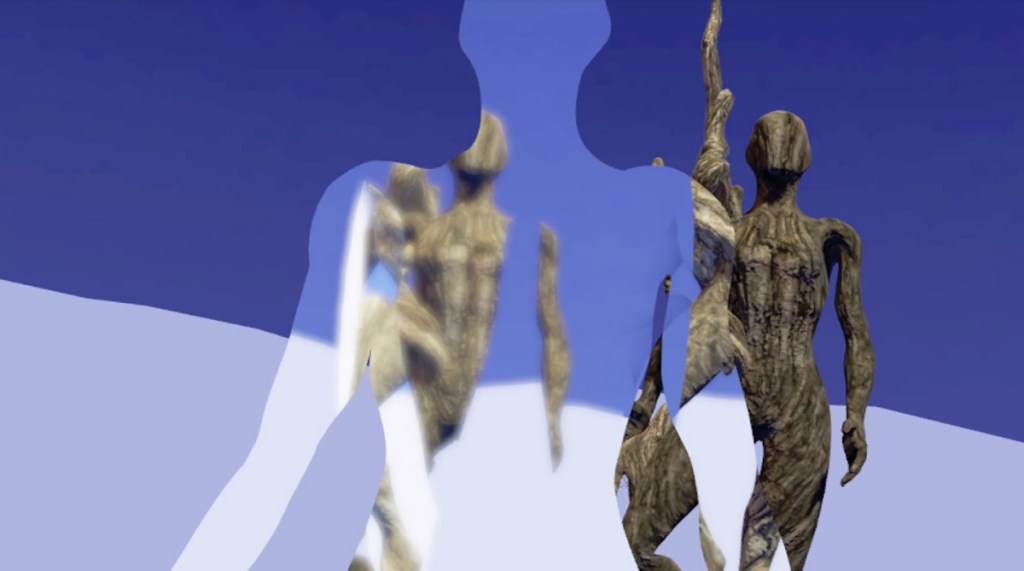 Above: EmbodyMove will be at Two Bit Circus.

Players prompt each other through conversation, mirroring, and environmental channeling, and step together through physical sequences designed to center, balance, extend, and strengthen.

“Following their immersion in EmbodyMove, people feel more connected to their own bodies and the ways they interact with each other in a virtual space,” said Aaron Pulkka, head of attractions and production at Two Bit Circus, in a statement. “VR is not just about immersing people in battle zones. At Two Bit Circus, we believe that technology can enhance our ability to connect and play together, elbow-to-elbow. EmbodyMove is a great example of how VR/AR/XR can be used in different ways.”