We’ve heard about a lot of job losses in the video game industry, with Electronic Arts and Activision Blizzard laying off more than 1,150 people alone. Developers like Telltale … have also gone under, taking with them lots of developer jobs.

But one company has kept growing. Keywords has grown to more than 6,000 people, adding more than 700 game development jobs last year alone. It has grown through 10 acquisitions in the past year, adding more studios with the necessary skills for Keywords’ clients.

Keywords has become one of the biggest game development outsourcing companies in the world. It exists to service the game creators who have dreams of games that are bigger than their staffs. I spoke with Andrew Day, CEO of Keywords, about the business of games in the midst of one of the industry’s biggest shows, the Game Developers Conference in San Francisco. 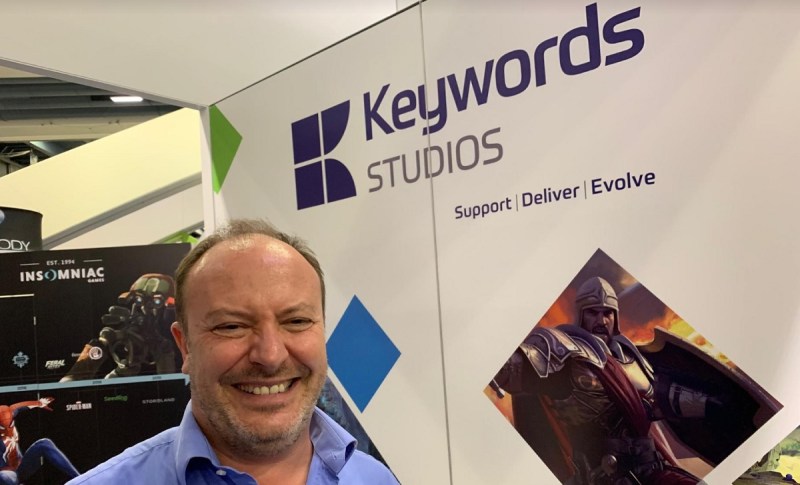 Above: Andrew Day is CEO of Keywords.

GamesBeat: Are you guys still at about 5,000 people?

GamesBeat: How many deals did you conclude?

GamesBeat: What are you bringing on board? More talent in more places?

Day: What we’ve done, particularly last year, if you look at the acquisitions, we were filling in some of the gaps in our services platform. As you know, we’re building this global services platform for our video game developer and publisher clients. Within that platform, we hope to be able to provide services at all stages of the life cycle of a video game.

For instance, we bought into music services for the first time. We now have a group that manages licensed music. It can have music composed specifically for games. It can do the whole audio branding, helping clients to think about the value of the music within their brand and how important that is to have for the life of the brand and how it is to evolve that over time. We also have a little record label as well, where we license back music that our clients have commissioned. There’s a big fan base for game music, and we can publish that music on behalf of our clients.

We made a few technology investments. We acquired a business called Yokozuna Data, which has a very sophisticated predictive analytics platform, to help increase, effectively, the lifetime value of gamers, while at the same time giving gamers a smoother experience within the game. 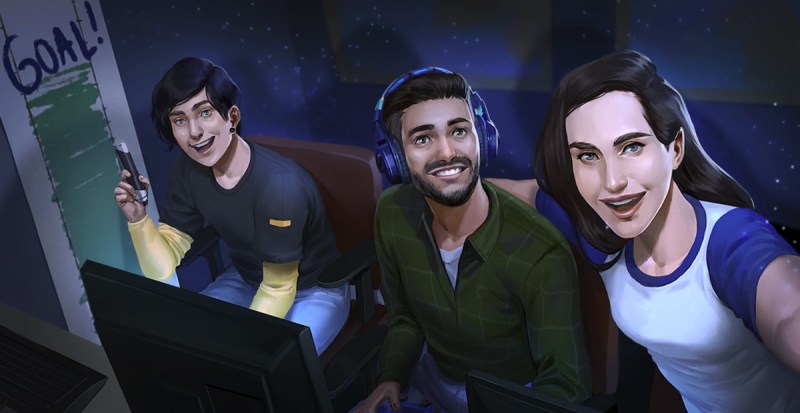 Above: Keywords has offices in the U.S. as well for external development.

GamesBeat: Where did you fall on revenue last year?

GamesBeat: Does that compare to some other peers that you think are similar in some way?

Day: I don’t think so. I don’t think there is a peer that would be easy for us to compare ourselves to in the first place. I know that we’re the biggest in this space. Others that will do some of what we do, you have companies like Sumo Digital in the U.K. There are a couple of Japanese public companies that do primarily QA services. But for the wide range of services we’ve got, there’s no comparable company.

GamesBeat: Do you feel like you’ve been very flexibly used by the industry?

Day: People use us for a number of reasons. Some people use us because — they almost use us for overflow management. Some people use us as their primary production platform for one or more services. Between there, there’s a range of engagements we have with our clients. Some will use one or two services in a very strategic manner, and then they’ll have a more ad hoc engagement with some of the other services.

We’re finding that it’s been fairly frictionless to introduce clients that are strong, loyal clients of one or two services — it’s been easy to introduce them to other services. What we call cross-selling has been very successful for us. It’s also been very valuable for our clients. It’s a very low-friction way they can access the best of breed services while really having an understanding of how Keywords behaves. If there’s ever an issue, they know how we behave. They know how we respond. They know we put the projects first.

GamesBeat: It’s been a tumultuous industry in the last year. Does that affect you very much?

Day: It’s an industry with lots of ups and downs. It’s very fast-moving. But I think that’s one of the things I like about the Keywords model. We’re not directly exposed to any one of these particular moving parts. We’re the picks and shovels to the industry. We don’t have to bet the farm on whether VR is going to be successful, or whether streaming is going to be the future direction of games. What we need to do is embrace the changes in unison with our clients. As our clients move in this or that direction, we’re brought in with them. We follow the content, rather than the platform or whatever.

We do a lot of work in VR. We do a fair bit in AR. If you look back three years ago, the buzz was all about VR and so on, and it never quite got there. I’m very glad we weren’t having to make a choice as to whether we wanted to invest heavily in that direction or not.

GamesBeat: I thought of you when I learned more about how Cuphead came to market. It was a small team of three people for a long time, and then they caught the attention of Microsoft with the style of the game. Then they started building it up, and in the last four months they tripled the size of the team. They realized they weren’t going to get it done any other way. I don’t know how often you see something like that.

Day: It’s increasingly—I was going to say it’s a well-trodden model, but it’s being chosen now by teams. We have a few clients ourselves where the teams have come out of large, established game companies. They’re high talent teams. They get funding, which is important. Then they make a deliberate decision to keep the core team very tight. They use the services platform we have to provide everything else.

They can achieve global scale just by plugging into the Keywords infrastructure. They can have, hopefully, the best art, the best QA, the best localization, great backend tools, all that sort of thing, without having to do it all themselves. It’s a very efficient way of developing quite large games, without having to staff up internally. The traditional model of doing everything yourself is increasingly looking a bit odd. 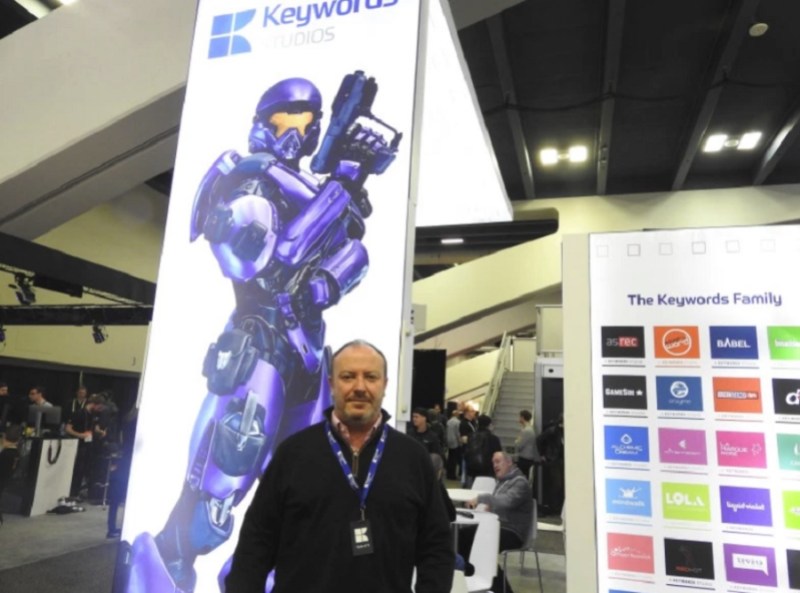 GamesBeat: I was also thinking of Rockstar, with eight years on Red Dead Redemption 2.

Day: They still have the approach of doing pretty much everything themselves.

GamesBeat: But they had 3,000 names in the credits.

Day: Exactly. A lot of them are voice actors and so on. But they did use services from us as well.