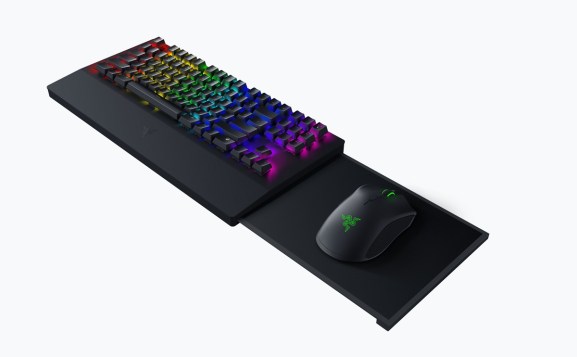 Razer is launching the Razer Turret, a wireless keyboard and mouse for the Xbox One video game console.

That means that console gamers won’t necessarily be at a disadvantage in the world of cross play, where PC gamers with mice and keyboards square off against console gamers in shooter games such as Fortnite.

“We’re extremely proud to team up with Microsoft to bring you this exclusive collaboration,” said Razer CEO Min-Liang Tan, in a statement. “With the Razer Turret for Xbox One, it is now possible to bring the full experience of a keyboard and mouse, with lighting and game integration to Xbox One.”

The Razer Turret is built for gaming on the couch, with a 2.4-gigahertz connection via a single dongle for the mouse and keyboard, and battery life of up to 40 hours on a single charge.

It has Xbox Dynamic Lighting and Razer Chroma lighting technology, so console gamers can now have access to the Razer ecosystem of lighting with up to 16.8 million color options and lighting effects for the mouse and keyboard.

Razer has worked with developers to bring Xbox Dynamic Lighting and Razer Chroma support in-game, with titles such as X-Morph Defense, Vermintide 2, and others.

“Razer Chroma expands even further into the living room, building upon the success we’ve had with Philips Hue in room lighting, ” Tan said. 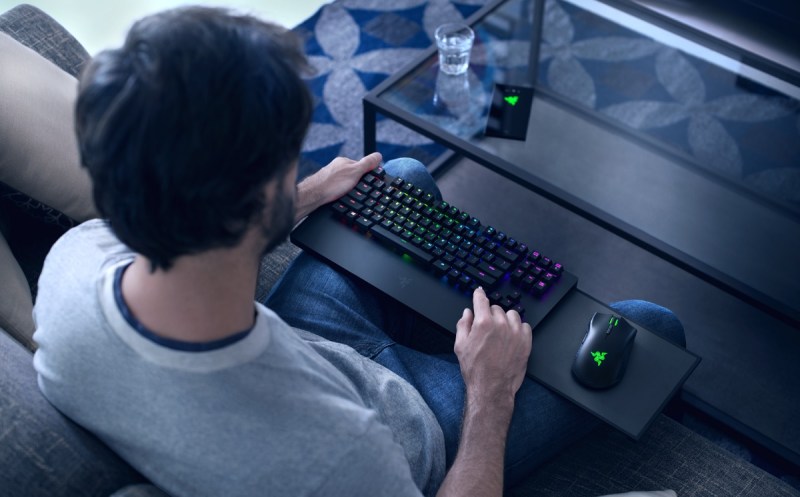 The keyboard has Razer’s gaming-grade mechnical switches, with a lifespan of up to 80 million keystrokes. A dedicated Xbox key pulls up the Xbox One dashboard.

The mouse is based on Razer’s Mamba Wireless gaming mouse and has a 5G advanced optical sensor and Razer mechanical mouse switches with 50-million click durability.

The mouse surface is hidden underneath the main body of the keyboard and can be extended for use, then retracted for storage or charging. It has a built-in ergonomic wrist rest that extends from the base of the Razer Turret keyboard.

The Razer Turret for Xbox One is fully compatible with Windows 10 PCs. It will sell for $250 and it is available soon.