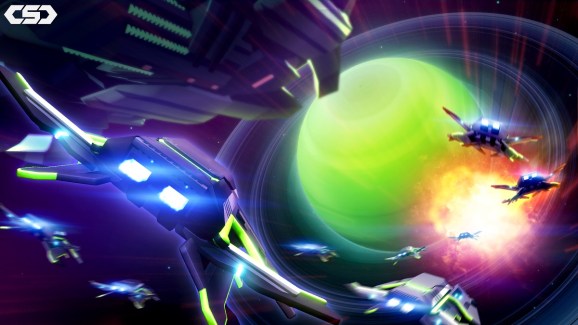 Lucid Sight said that it has raised $6 million in funding to expand its MLB Champions and Crypto Space Commander blockchain games to traditional game platforms.

Los Angeles-based Lucid Sight has now raised $11 million to fuel the growth of its digital ownership games company will also launch Scarcity Engine, a software developer tool that will help bridge the gap between blockchain and traditional gaming platforms.

The idea of shifting the games to traditional platforms is to remove the friction of existing blockchain-based gaming by continuing to improve functionality and bringing these games to mobile, PC, and console platforms. This capital will also be used to launch a developer tool called Scarcity Engine later this year, which will bridge the gap between blockchain and traditional gaming platforms.

Scarcity Engine is the technology powering MLB Champions and CSC.

Above: MLB Champions is one of Lucid Sight’s blockchain games.

“This capital will allow us to bring games such as MLB Champions and CSC to the masses while maintaining the benefits of digital scarcity provided by blockchain technology.” said Randy Saaf, CEO of Lucid Sight, in a statement. “We have found that game players enjoy digital ownership in our games, but users want to be able to game where they traditionally game: mobile, PC, and console.”

Saaf will be a speaker in a lightning round talk at GamesBeat Summit 2019.

During the 2018 MLB season, Lucid Sight released a beta of MLB Champions, a digital collecting game where players can buy collectibles that improve and earn rewards as real life baseball games are played.

MLB Champions is an officially licensed product of MLB Advanced Media and Major League Baseball Players Association. The new season of the game is planned for the 2019 MLB season.

In 2018, Lucid Sight also began development of CSC, a sandbox massively multiplayer online space game that operates in a completely real-time, player-controlled economy. The company plans to release a PC version of CSC to early access on Steam in 2019. As part of the expansion the company also signed a deal to expand its games into Asia through a partnership with Animoca Brands.

Lucid Sight will also use the capital to launch Scarcity Engine 1.0 with select third party game developers. Notably, it will work in conjunction with Iridium Studios to implement Scarcity Engine in the
upcoming action role-playing game Cryptic Conjure.

Previously, Lucid Sight was focused on creating an ad-support game development platform for VR, but it pivoted away from that.