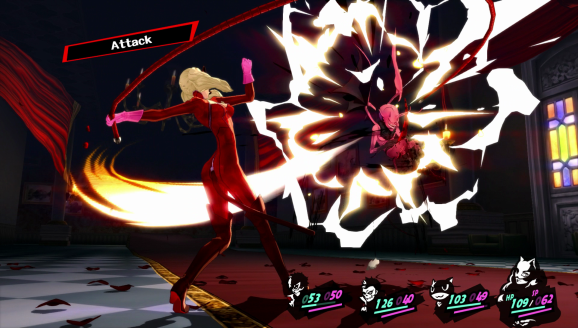 Atlus has launched a Japanese website called P5S that is teasing some kind of information reveal on April 25.

Persona 5 came out in the U.S. in April 2017 for PlayStation 4 and PlayStation 3. Atlus had shipped over 2 million copies of the lauded JRPG by November 2017.

Last month, Atlus released a teaser trailer for a project called Persona 5: The Royal. That video promised more info on that title on April 24, just one day before this Persona 5 S announcement.

So what are Persona 5: The Royal and Persona 5 S? With the game’s hero Joker set to debut in Super Smash Bros. Ultimate as a downloadable character at some point this month, it’s reasonable to think that one of these would be a Switch port of the RPG. Maybe that S in Persona 5 S stands for Switch.

Persona titles also have had a lot of spin-offs, including fighting and rhythm games. Persona 5 has already had its music-based extension with Dancing in Starlight, but a new fighting game is not out of the question.