GamesBeat: The people that use these procedural algorithms on your teams, they could be from any of the creative disciplines that are using that engine? It could be someone working on Mario vs. Rabbids, doing something kind of cutesy. But do The Division folks say, we like that, and they can grab that through the cloud?

Long: That’s the idea behind this technology. All of the cloud becomes a platform on which we build our games, and that allows us to share seamlessly between the different teams around the world. If you generate an algorithm, or build an algorithm that can generate meadows, that’s something another team could take and add meadows to their game. If they change the assets that go into it — the type of grass, say — they could have a totally new environment compared to what was originally created. 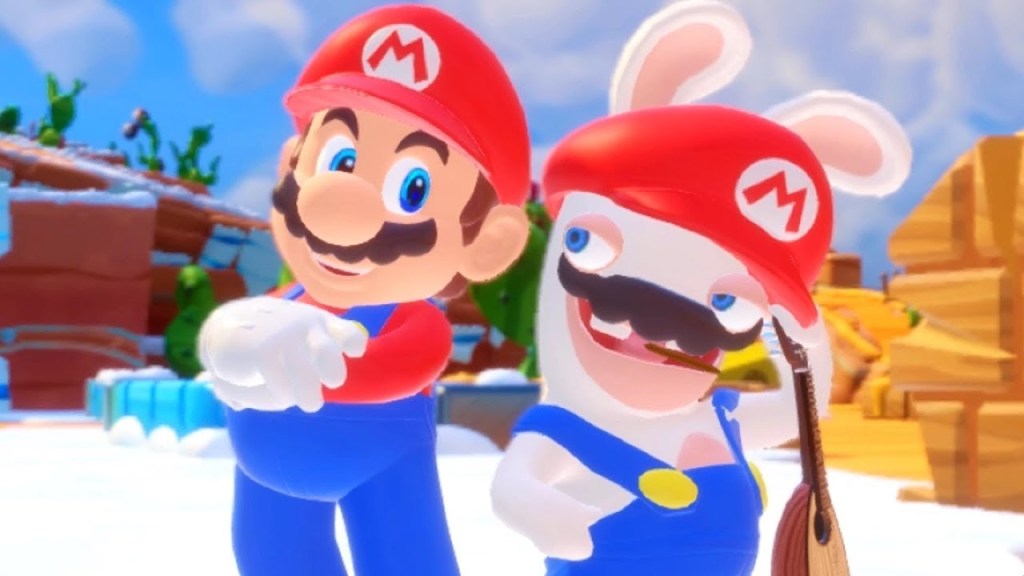 Above: Name a more iconic duo. Go ahead, I’ll wait.

GamesBeat: Could the Mario team use an algorithm the Far Cry team created to make that kind of cartoony grass?

Long: Yeah, absolutely. It shouldn’t be any problem at all.

GamesBeat: Are you on something like Azure or Amazon, or does Ubisoft use its own cloud resources?

Long: We’re actually working with many different cloud providers. We’re on a lot of them.

GamesBeat: Is it a case that you just need so much cloud that you go to different providers?

Long: Generally, no, that’s not really the limitation we’re seeing right now. It’s more about how distributed their infrastructure is, how far they’ve spread.

GamesBeat: And that’s important, because as a member of your comms team quipped out there, the sun never sets on Ubisoft.

Long: [Laughs] It’s true. On Far Cry 5 we were working with the team in Shanghai. They’re 12 hours offset from Montreal. We were working on the game around the clock.

GamesBeat: You used motion capture as an example of another thing there. You smooth that out with an algorithm. How many people would that take in the past?

Long: To do the motion capture cleanup? It’s more a matter of how many seconds of animation you can clean up per day. I don’t remember anymore.

GamesBeat: So it’s more about, if you have an algorithm to do this, you can do more mocap, and that’s where you get characters like Cassandra from Assassin’s Creed: Odyssey.

Long: There were times where we would capture a scene, and we wouldn’t get it back for a couple of weeks because of the processing of the data. For us as developers, of course we want it right away. We want to get it in the game and start iterating with it. Reducing that from a couple of weeks to a day or less is a huge win for us. That’s the kind of efficiency we’re getting.

GamesBeat: Winnipeg doesn’t make games as much as it helps everyone at Ubisoft make games.

GamesBeat: Does Winnipeg work with every game team at Ubisoft?

Long: No. We’re working with several of the major brands already, but yeah, there’s a lot of teams at Ubisoft.

GamesBeat: Is the ambition for Winnipeg to eventually take these solutions and apply them across the company to the point where there’s a Winnipeg person working with every team?

Long:To me, the ambition is that we create a platform to build our games that people can use, that the game teams around Ubisoft can use if it suits what they’re doing and it makes sense for the project they’re making. We’d definitely be happy to work with them all.

GamesBeat: Using the cloud, the folks at Blue Byte could work on something, turn it in at the end of the day in Germany. At the beginning of the day in Montreal, those guys could start work on it?

GamesBeat: Are you worried about crunch with that? For example, say the Blue Byte team has something they really want to work on, but they know the people they want to work with at Montreal aren’t around until 8 p.m. their time.

Long: It’s a bit of human nature, and I know game developers love the work they do. They want it to be the best it can be. I think the teams absolutely are happy to share at Ubisoft, and they’re going to be glad there are other people collaborating and contributing to what they’re doing.

GamesBeat: But you’re not worried that this possibility of having everything available any time across the company could lead to people working hours that are too long?

Long: I believe that the teams will embrace this and see it as a solution to make their jobs better, and allow them to make better games.

GamesBeat: I know that having a 24-hour cycle to work all day helps, but has anyone ever talked about having a unified work schedule at Ubisoft now: Let’s have people work the same eight hours across the world, and we’ll just call it Ubi time?

Long: [Laughs] It sounds like something from a science fiction movie. So no, no Ubi time.

GamesBeat: When you take a look at your AI team, is it just one team in one place making these algorithms and working on procedural generation? Or is it groups of teams with different studios?

Long: There’s an initiative in our community of studios called La Forge. They have a pod in Montreal and a pod in Toronto. That team is doing a lot of machine learning work, working with local universities. Our Winnipeg studio, though, our studio as a whole is using machine learning to develop these new tools to help us build better worlds. That’s ongoing right now. Are you asking if we’re sending people to other studios?

GamesBeat: No, I’m asking if the AI team is concentrated in one or two studios, or if it’s distributed across the company.

Long: Many of the teams across Ubisoft — it’s a company of 15,000 people, right? Many of the teams are looking at how they can use AI is to improve the way they build their games. Ours is the first studio dedicated to improving the way we build worlds. 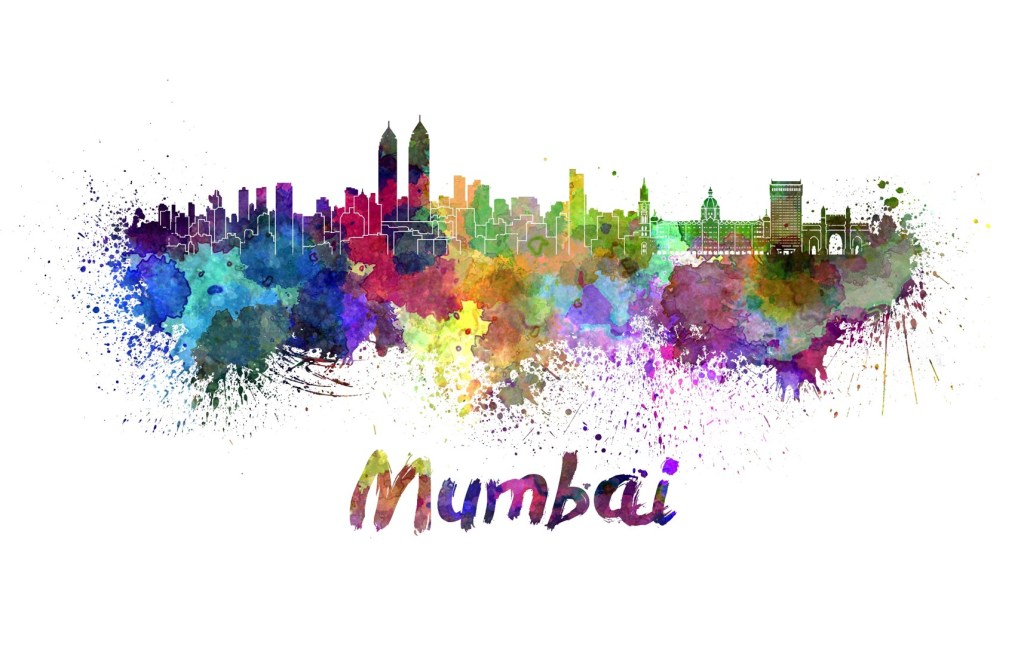 Above: Ubisoft Mumbai works with the Indian Institute of Technology Mumbai & Intuit Lab, one of India’s foremost universities.

GamesBeat: I know that a lot of studios Ubisoft opens up, there’s always a partnership with a local college. Is there a partnership like that at Winnipeg?

Long: We’re talking with quite a few local universities. We’re a new studio. We’ve been operating for six months, basically. We’re talking to the University of Manitoba, the University of Winnipeg, MITT, Red River College, just to name a few. We’re also talking to some of the high schools. Community engagement is important for us. We’re putting down roots in this city.

GamesBeat: How many people are at Winnipeg?

GamesBeat: Would you ever want to make a game led by Winnipeg?

Long: Would I ever? Realistically, we’re not going to be — right now our commitment is to go to 100 people in five years. Building a triple-A game, building a big Assassin’s Creed or Far Cry or anything like that, takes a huge amount of human power. That’s something, right now, that’s not on our road map. It’s not what we’re thinking about. We’re thinking about how we can help the other Ubisoft teams build their games better, how we can learn in Winnipeg. This is a city that’s now just creating its video game industry.

GamesBeat: It’s not a hub like Edmonton or Montreal.

GamesBeat: Your Ultima IV has to wait.

Long: Ultima IV will have to wait. [Laughs]

GamesBeat: You cited Ultima IV as one of your guiding games. Looking at today’s landscape, though, what’s a game that means a lot to you?

Long: There’s a ton of different games I’ve played. What’s going on in the industry right now is inspirational. Sometimes it’s a little frightening to see how fast things are moving. It’s great.

GamesBeat: I went to an interesting talk by Jason Rorher, who does a bunch of indie games, about the “Indie Apocalypse.” What he learned was that it was the shorter, contained experiences that weren’t doing so well, but games like Rust, games he called “unique situation generators,” were doing very well. I look at that and I see a parallel with the online live service model, games like For Honor and The Division. Is that something Ubisoft has figured out, how to make these games live for years and grow over those years?

Long: Rainbow Six is a great example of a game that’s been very successful and lasted a long time. It’s had three years of live operations now, I believe. I know that one of—for us, it’s important that we create experiences that players can engage in and invest in emotionally. Once a player has done that, of course they want to stay with that experience as long as possible. I think that is a trend in the industry right now. People want to find a game, fall in love with it, and stay with it for a long time.

GamesBeat: What’s a good example of a machine learning concept or algorithm that you use with these live service games. Is there something that, say, Rainbow Six couldn’t happen without?

Long: I can’t give any specific examples for Rainbow Six. I’m not informed enough on what they use to build that.