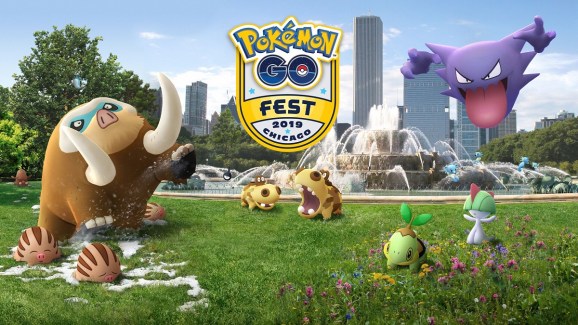 Niantic is lining up more global events for Pokemon Go.

Niantic and The Pokémon Company International have announced they will continue to build on their real-world events with the Pokémon Go Summer Tour 2019.

These events for the free-to-play mobile game help retain players over the long haul, and that’s one reason why the game has generated more than $2 billion in revenue over nearly three years.

More than 3 million people attended real-world social events in Pokémon Go in 2018, with single-day attendance at one event exceeding 100,000 people, said John Hanke, CEO of Niantic, at a recent press event. And 190 million friend connections have been made to date, he said. The platform can support 100 million people in a single instance of the game, Hanke said. Insight firm AppAnnie estimated that Pokemon Go has 460 million downloads to date.

This year’s Pokémon Go Summer Tour will bring hundreds of thousands of Trainers (or players) from around the world to Pokémon Go Fest: Chicago from June 13 to June 16 and Pokémon Go Fest: Dortmund in Germany from July 4 to July 7.

The Pokémon Go Summer Tour 2019 will also make a stop in Asia with details on the Pokémon Go Fest in Asia coming soon. 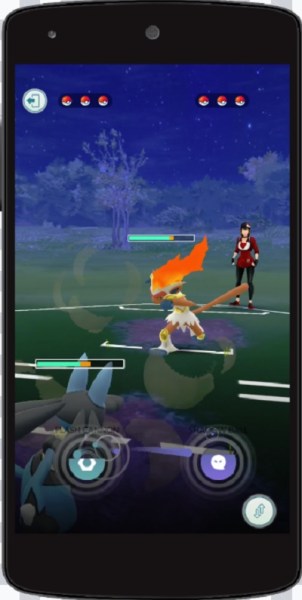 Above: A Pokémon Go Trainer Battle.

“Last year’s Pokémon Go Summer Tour brought hundreds of thousands of Trainers together at real-world events around the world which left us with some truly unforgettable moments and stories,” said Hanke, in a statement. “This summer, we’re looking to continue to build upon that success and create even more ways for Trainers to enjoy and interact with these incredible parks and cities and build lasting friendships throughout their journeys of encountering Pokémon in the ‘real-world.’”

In the United States, the Pokémon GO Fest returns to Chicago for its third year, expanding the event from two to four days. This year’s event will take place across the expansive Grant Park, where Trainers of all ages will get to catch an array of Pokémon while interacting with physical installations and participating in exclusive activities throughout the park.

Pokémon Go Fest: Chicago in Grant Park will also feature more than 300 acres of walking space in addition to some of Chicago’s most iconic landmarks and attractions. Tickets will go on sale through an all-new Niantic ticketing system built within the Pokémon Go app later this month.

Following on last year’s Pokémon Go Safari Zone in Dortmund, Germany in 2018, the real-world event in 2019 will now be featured as Pokémon GO Fest: Dortmund for four days from July 4 to July 7.

Throughout each event in the Pokémon Go Summer Tour 2019, Trainers who are not attending the real-world events will still be able to participate in Pokémon Go special challenges to work towards a global goal of unlocking rewards for all Trainers.

Details for the global challenges during each Pokémon Go Fest will be revealed ahead of each event. In addition to these unique challenges, Pokémon Go Community Days will also be hosted throughout the months of June, July, and August.