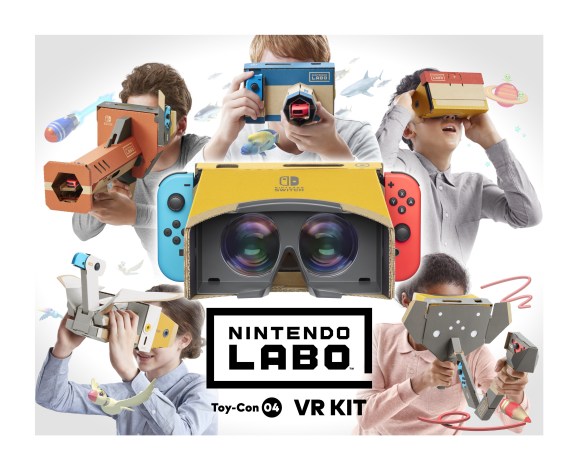 OK, someone may need to pinch me. It appears I’m dreaming. Nintendo just announced that two of its biggest Switch games will get support for its Labo VR headset later this month. One is Super Mario Odyssey, and the other is The Legend of Zelda: Breath of the Wild.

This can’t be right, can it? I’m asleep still, surely.

Both games will get free updates adding support on April 25. Super Mario Odyssey will be getting a new mini-mode with fresh challenges. From the looks of the video below you’ll play the game much like you do other VR platformers like Astro Bot and Moss.

As for Breath of the Wild, Nintendo says the entire game will be playable in VR, just without the cutscenes. It doesn’t appear to change the perspective — it will still be third-person — but you’ll be able to turn VR support on and off via a menu.

This was unexpected news to say the least. Labo VR itself launches on April 12th. It’s a set of cardboard-based peripherals users hold up to their head. As far as we know, there’s no headstrap, so you’ll have to keep the kit fixed to your head yourself as you play. Still, a lot of us had assumed that Switch just wouldn’t be able to run Breath of the Wild-sized games in VR. The headset has a 720p display and there won’t be any positional tracking, so we’re still not expecting a high-end experience.

We’ll have to reserve judgement for the full release but, for now, color us intrigued. Just pinch me one more time.