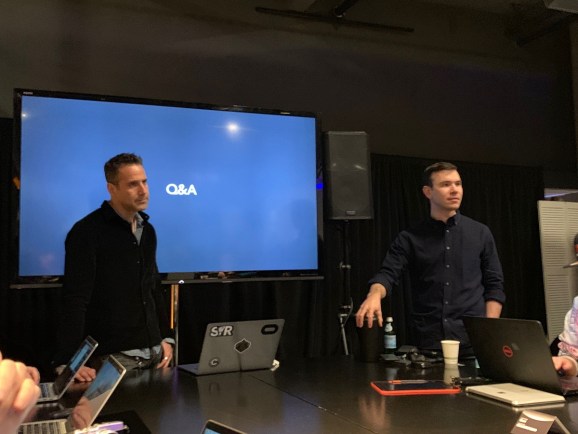 The Oculus Rift S was introduced to a somewhat mixed reception last month. Oculus touted a device that made it simpler and easier to get into VR with incremental improvements. Many were instead hoping for something that raised the bar for PC VR. But clearly, the Rift S is not Rift 2. VP of Content Jason Rubin says that, to earn that name, a new headset would have to make big strides.

“I think if we did something we honestly called a 2 and felt comfortable with that name, it would need to include radical new tech,” Rubin told Variety in an interview published this week. “Like body tracking, eye tracking, a new form of input, a lot of things that would create a new ecosystem.”

We have seen glimpses of what Rubin’s talking about in prototype headsets shown by Facebook’s R&D labs. Last year, for example, Oculus showcased the Half-Dome prototype. It was a big step over the Rift, with a 140-degree field of view and varifocal displays. In comparison, Rift S has the same functionality as the original Rift, it just removes some of the clutter. There’s no need for external tracking sensors thanks to inside-out tech, for example.

We’ve also seen teases of Facebook sampling hand-tracking gloves and implementing features like eye-tracking. “If we added things like that it would radically change the ecosystem,” Rubin said.

Don’t expect Oculus to make that change for a while, then. Meanwhile, VR enthusiasts are pinning their hopes on Valve’s mysterious new headset, the Index, as the next step in high-end VR.