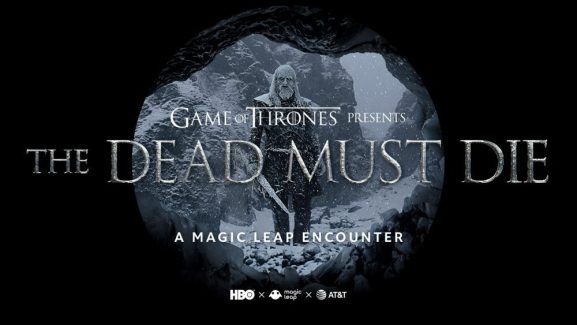 Two exciting bits one news here. One: A Game of Thrones AR experience is on its way to Magic Leap. Two: You might actually get to see it yourself.

Instead of releasing on sold Creator Editions of Magic Leap One, Game of Thrones: The Dead Must Die (as it’s called) will be showing at in-store locations in the U.S. soon. The experience will offer an encounter with a White Walker, one of the series’ scary ice baddies.

This isn’t Game of Thrones’ first run-in with immersive tech. Back in the early days of the Oculus Rift DK1 we saw a location-based experience that transported you to the series’ enormous wall. Author George R.R. Martin is also a big fan of the tech, last year talking about how far it has to go.

Look for The Dead Must Die as Magic Leap One rolls out to AT&T retail locations. It launched in Boston yesterday and will be in Chicago and San Francisco on April 3rd and 6th respectively. Los Angeles and Dallas locations will arrive later in the month. The experience will be on display until June 10th.

It’s not clear if it could come to Magic Leap One devices in people’s homes too. Magic Leap has teamed up with big brands like Star Wars and Angry Birds to bring content to these devices but, as it’s still essentially a $2,295 developer kit, it’s not likely that many people actually see them.