The International Game Developers Association announced today that its executive director, Jen MacLean, will step down from her role to pursue new career opportunities. Her last day will be on April 14.

The UGDA is a U.S.-based nonprofit that “exists to advance the careers and enhance the lives of game developers by connecting members with their peers, promoting professional development, and advocating on issues that affect the developer community.” The group is celebrating its 25th year.

“My time as executive director has been the most rewarding part of my time in the games industry, and I thank the IGDA board and staff for their support and hard work to help our developers,” said MacLean in a press release send to GamesBeat. “I’m proud especially of how we expanded the IGDA to truly represent our international mission and diverse membership. This was the ideal time for me to move on and for us to find a fresh new voice to guide the IGDA into the 2020s. In the interim, I know Lucien will continue our strong work.” 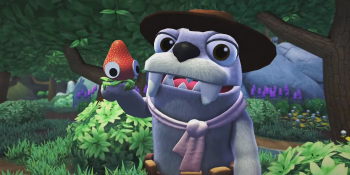