Within location-based VR, the most compelling ones I’ve seen give people a chance to rest their eyes from the headsets. They have board games. They have food and beverage. They have light shows. They have other ways for people to socialize and interact. Again, it’s just a technology. It enables amazing things, but that’s not the end goal. It’s just the way to solve the end problem.

Del Priore: I completely agree with what he’s saying. It’s a grind, but going beyond operations, learning what people want, the pizza or the hamburger, and actually sweating those details–that’s more important than sweating the details of whether a wireless headset is working today or not. That’s another kind of operational challenge. 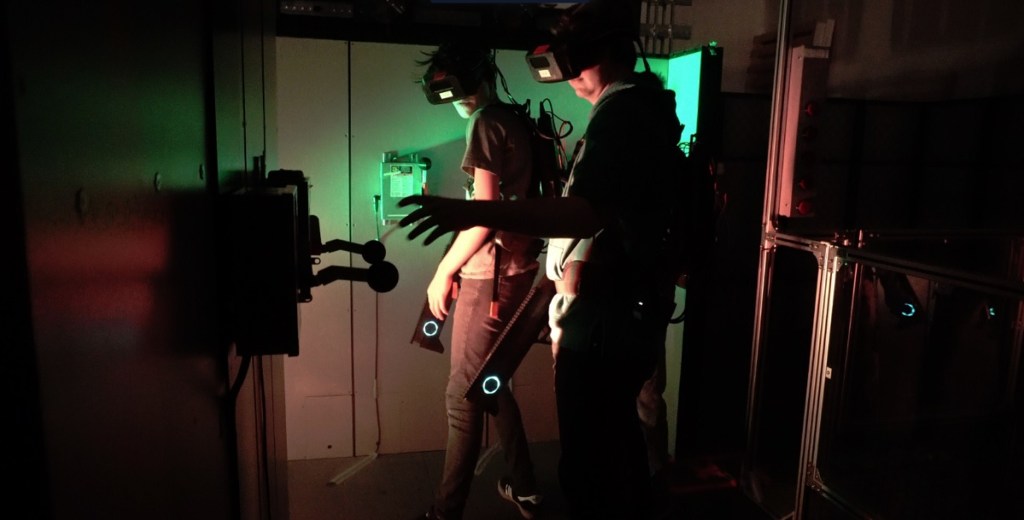 Above: Nomadic is leading the way in mixed reality with Arizona Sunshine: Rampage.

GamesBeat: Do we have enough of the right technologies arriving now, like the Oculus Quest, in order to make some of these LBE applications more interesting? Or do you feel like the space still needs more technology?

Saltzman: I’d say both. Oculus Quest is great for some types of experiences, like Modal’s Ping!, which is their play on Pong. It’s a noticeably lower-fidelity experience, but it’s untethered, which is really cool. What’s coming is going to be more hybrid rendering, which enables that kind of lighter, self-contained device to also receive streams from something rendered to be a richer, more immersive experience. That’s what people pay for. For LBE it’s about, are you actually more entertaining than laser tag or bowling or ice skating or any of the hundred other options people have in large city?

Del Priore: You have to look at your operating expenses. If you’re charging people a dollar a minute, 75 cents a minute, you’re going to have to either take down your costs, which is super hard–you’re paying fixed rent. The hardware is nice, so it’s getting better. Or you have to go back to the question of what else you can sell to the customer while they’re here hanging out and waiting for a game. Whether it’s ice cream or a drink, just something else along those lines.

GamesBeat: How do VR companies get your money?

Question: The question for us is timing. We have a lot of traction as a VR curriculum company. We can probably break even this year, but we might then miss an opportunity to scale. What advice would you have? Are we better off going while the iron’s hot or waiting for people to be more excited about the space in a year, raising a Series A or an intermediate round?

Del Priore: As an outsider, I would say you want to really de-risk. If you have nine months of profitability–at the end of the day, I’m thinking like a banker. I want to say yes, but I’m looking for all these reasons to say no. I want to keep pressure-testing. If you’ve only been profitable for, say, four months, it’s hard to get around that. 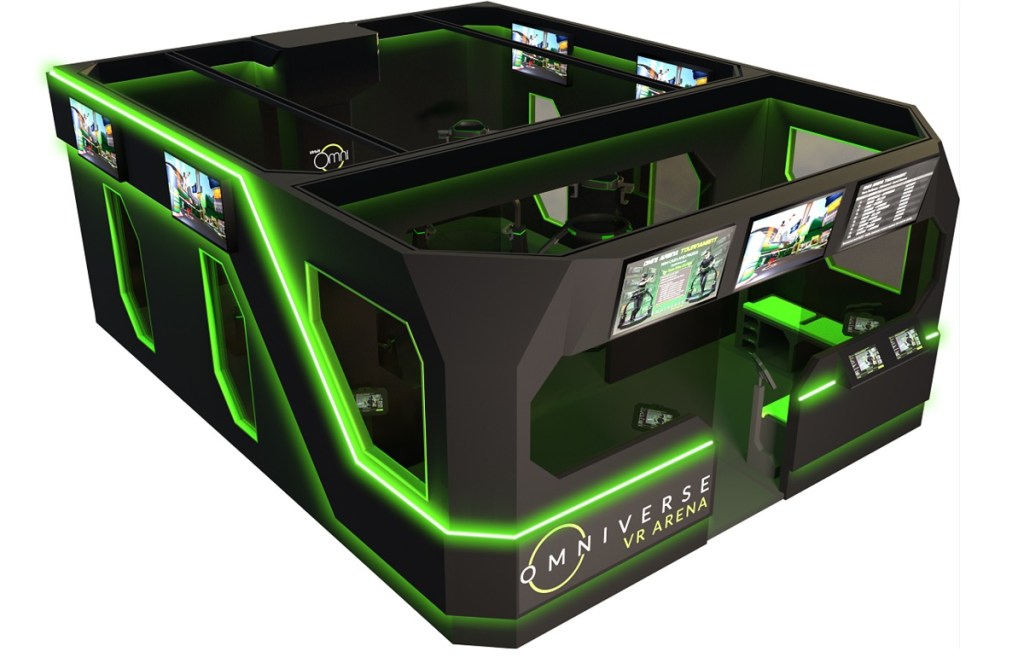 Saltzman: For me, the amount of the investment is always tied to, what does the company need? What are they trying to do? Particular at Intel Capital, there was the luxury of being truly stage-agnostic. The question goes back to, what are you trying to do? Why does the world need you to do that? Most important, why are you the team to do that? If you can answer those questions, the stage becomes more of a valuation discussion.

LaMeyer: What you’re going to do with the money is what matters.

Saltzman: What’s implied there is, to the earlier comment about traction–if you have 30 locations, if you have proof cases in different types of locations–if you now need a big bucket of money to go replicate what you’ve already proven what works as a model and really franchise this at scale, that’s a much easier story for an investor. It’s more digestible than, “Well, we don’t know if this is going to work, but we think it would be cool. How about a bunch of money to let us try to see if it works?”

Question: How did Sandbox raise $68 million from Andreessen? What does that mean to you? What should we be learning from that?

Saltzman: I do not have an answer to that question. [laughs]

Del Priore: They’re zigging when everyone else is zagging. I looked at them six months ago and didn’t see it. They see it. We’ll wait a couple of years and see what happens. Most of the other prior big LBE checks have been coming from strategics — MGM, AMC, and so on. I don’t know. 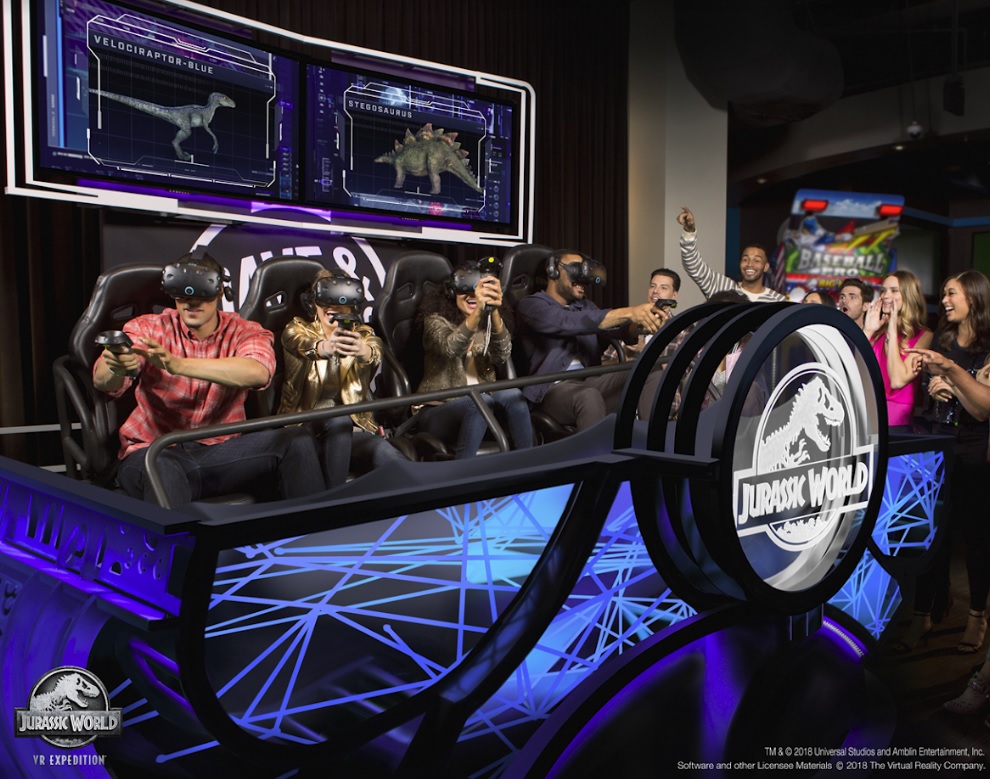 GamesBeat: They have all of that return on Oculus to spend somewhere else.

Question: Are funds that are supporting women founders outside of AR and spatial computing?

Saltzman: Also, credible VCs should be agnostic as to the gender of the founders. They should be looking at whether you know this business, whether you’re the right people to execute this plan and if it’s a plan worth executing.

Question: They should be, but given that women received 2.2 percent of funding last year–

Saltzman: I’m not arguing that that’s a huge problem in this industry. This industry is famous for its blind spots. But I would add — and I’m not there anymore, so this is not self-serving — that Intel Capital has a diversity fund specifically for women and underrepresented minorities. It’s not that that fund is held to any lesser standard. That would be insulting. It’s just to let people know that there’s actually–if you need an introduction I’m happy to make introductions there. 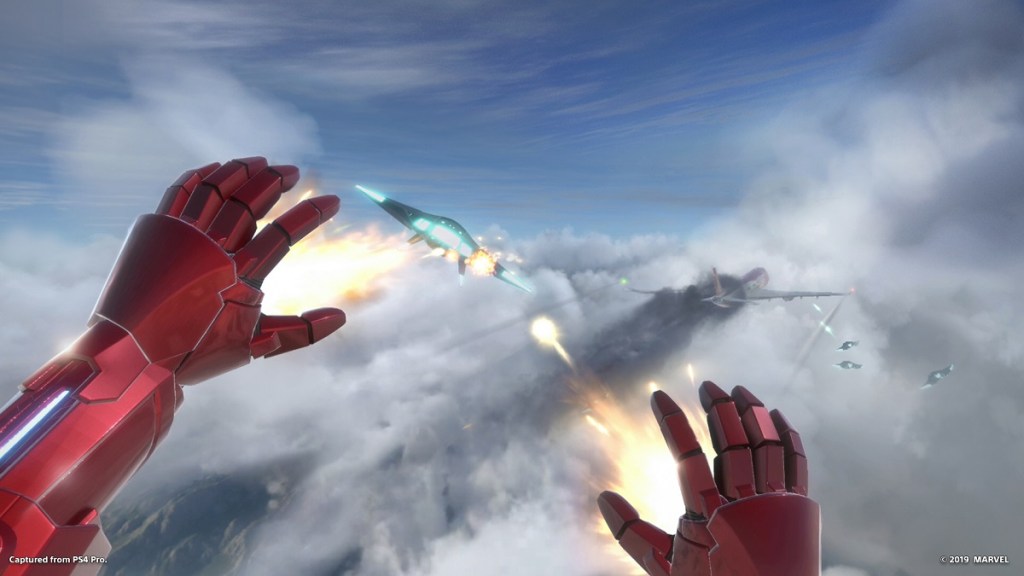 Del Priore: We’re very much a core strategic, so if you have the best drone company, I’m still not going to invest in it. Some of the investments are very close-in. There’s a clear line to what HP is doing today. Some of the investments you kind of have to squint your eyes — HP could be in that space in a couple of years or then some. Anything around the next compute paradigm in AR/VR/XR clearly is something we’re going to be looking at. There’s not going to be any kind of commercial tie to that.