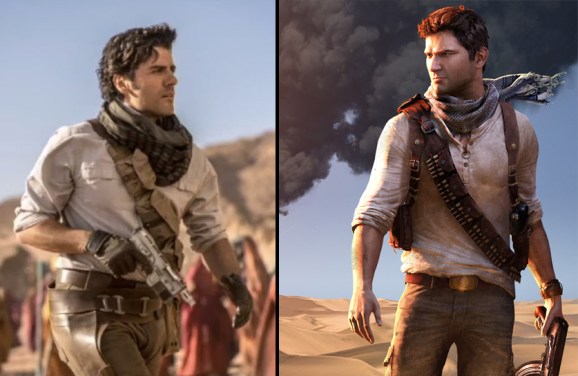 Episode IX or a still from an Uncharted movie?

Today was a big day for Star Wars fans, with Disney finally revealing the title and first trailer for Episode IX: The Rise of Skywalker. But as a big Uncharted fan, something distracted me a bit from all the fanfare.

Look at the image above. The picture on the left is a still of Oscar Isaac’s Star Wars character, Poe Dameron. The image on the left is Nathan Drake from Uncharted 3: Drake’s Deception. I mean, come on.

If you had showed me that first picture and told me that Oscar Isaac was just announced to play Drake in an Uncharted movie, I would have 100% believed you. The biggest difference is that Isaac is wearing gloves. I guess his gun is also a space gun instead of, you know, a normal Earth gun.

I’m not saying that Star Wars copied Uncharted. It’s not like Drake’s desert digs are all that special. It’s a lot beige clothing and a scarf. This is certainly a coincidence. But, wow, those two look almost exactly like.

You know, I never though of Oscar Isaac as a possible Nathan Drake in some kind of Uncharted movie. Now I’m sold on the idea.