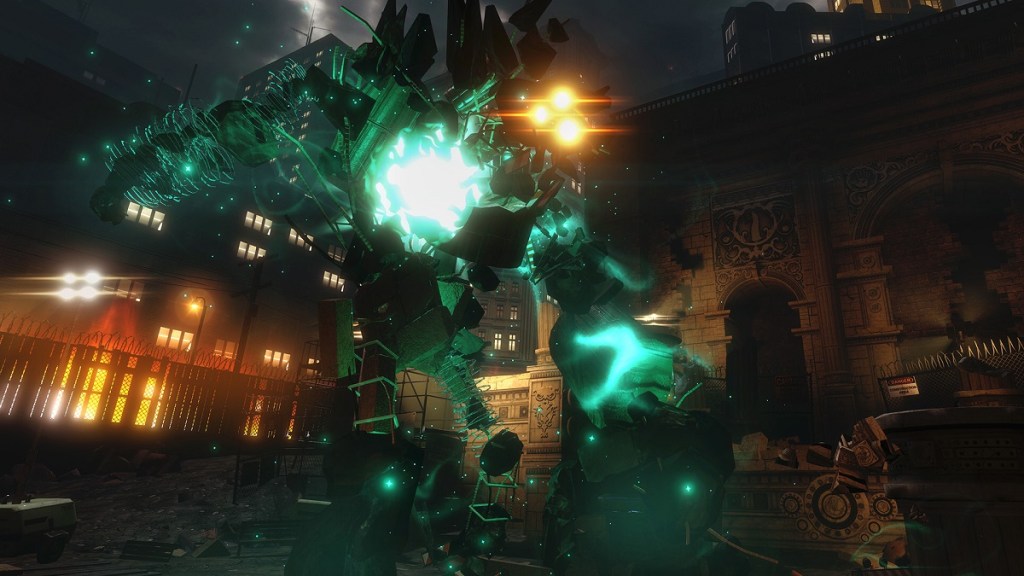 Above: You can summon a Golem in The Unspoken. The VR game had a small esports following.

Question: Where do you see adoption of virtual reality in esports? Do you see a timeline around that adoption?

Edelman: It’s not something that we’re engaged in, although there is a partnership that might come to fruition for us where we would get involved. The two most obvious challenges at the moment are, one, having the equipment available in enough players’ hands so that if you are bringing players together to compete, you can have a critical mass of players to make the competitive experience engaging and fun for everyone involved. The second is the game titles themselves. The games that are available using VR equipment are different games than the games that are driving so much activity and usage in the broader video game space and the competitive gaming space.

When you finally have enough players with the equipment, then you have to have enough of a subset of those players who are enthusiastic about a game that’s available through that equipment to develop enough of a competitive ecosystem for it to start to take shape as a meaningful component of competitive gaming.

Ng: The biggest technical challenge in that is you have to have a game that can be streamed properly. When you’re totally immersed in a game environment, you can’t control anything else other than the game. How do you stream in that situation? If that’s unresolved, you won’t have a lot of streamers pushing the games, and you won’t get any momentum.

GamesBeat: It’s very much a matter of incentives. I’ve seen esports tournaments around games like the Unspoken, from Insomniac, and Echo Combat, from Ready at Dawn Studios. But these are reaching very small audiences right now.

One thing that’s interesting is that Facebook owns Oculus. They’re more interested in social apps. They’ll do things like putting you courtside in a basketball game, letting people watch together from the vantage point of somebody who has the best seat in the house. If you do that for an esports event as well, that can be interesting. You might have a great view of the players and exactly what they’re doing. That could be very immersive in VR. There’s potential there, but as our panelists have said, the audience has to grow tremendously first. 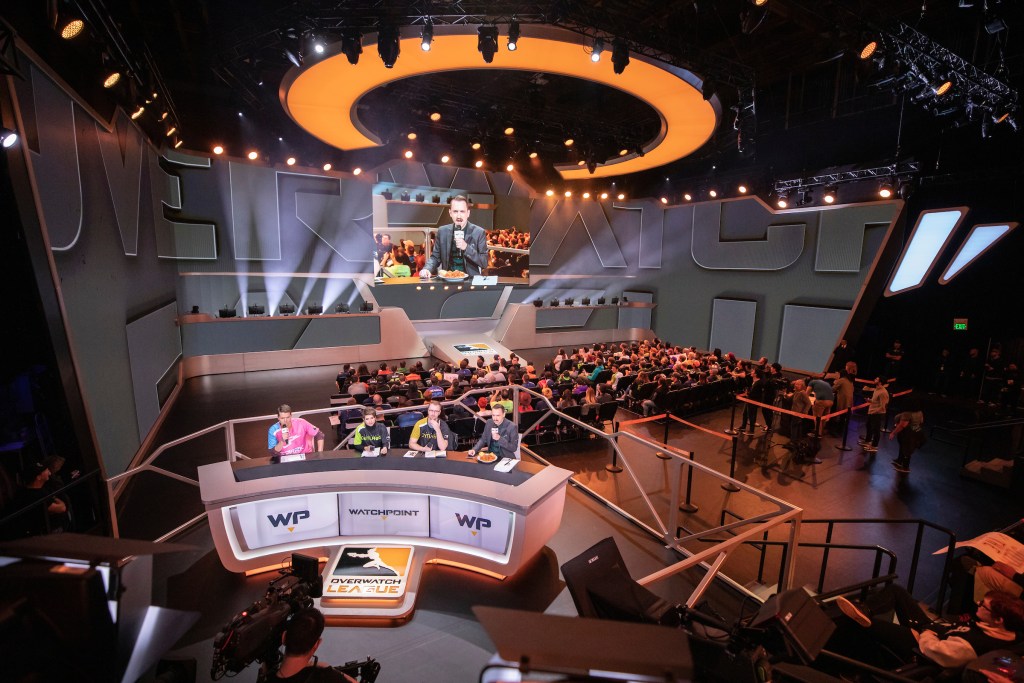 Question: One of the differences you’ve talked about between broadcasting esports as opposed to other sports is the educational spin on it. I wanted to ask about something Blizzard did with the Overwatch World Cup, where instead of just watching through streams or typical broadcast channels, they let players log into the game itself and watch the games through the live perspective of a player, which felt like an entire new realm of interaction with a game. Is there anything you can share with us about technologies that can let viewers engage like that?

Lynch: That’s the fun part, right? That’s all the cool stuff we get to do. You heard me talk about Apex Legends, and that’s something we’ll be working on going forward. Working with that dev team to develop their spectator systems — what exactly that is, how that works, who can tap into that, and how they can follow the game. They can then either watch our main stream or watch individual streams or fly around and watch wherever they want. That’s the fun part.

Those are the kinds of things we’re working on right now. “Hey, I have this cool idea. Let’s figure it out.” Because we can. There’s no one saying we can’t. There’s no expectation that it has to be a certain way. With battle royale, all of us up here are still trying to figure out how to make it work, how to tell that story directly. To your point, really digging in to those technologies and those broadcast modes is what’s going to make it a lot more fun and unlock the ability for more people to get engaged with a game.

Edelman: On the one hand, every time a publisher brings new tools to bear, we are excited to be able to take advantage of those, up the broadcast experience, and tell better stories. Some publishers are really focused on it. Some publishers are focused a bit less actively. In those latter cases–we have two examples, one with Minecraft and the other with Clash Royale. We actually designed our own systems to be able to go into those games as a spectator and tell the competitive story in a different way than the publisher had decided to enable on their own.

Minecraft is not, by nature, a competitive experience. It’s the mini-games we create, and that are created by a lot of other companies, that make Minecraft competitive in a variety of ways. We created a spectator mode inside the games we run for Minecraft. That’s how we’ve been able to make that experience digestible from a viewing perspective.

Clash Royale is the same way. In order to broadcast Clash Royale and have five or six matches on the screen at once, we needed to figure out how we could get into the game client itself and extract the right visualizations in order to put that in front of spectators. From our perspective, it’s critical to be able to do that. So far, we’re very lucky that publishers have made those tools available and are continuing to make them available, or we’ve made the investment on our own in order to create a content experience that’s really special. 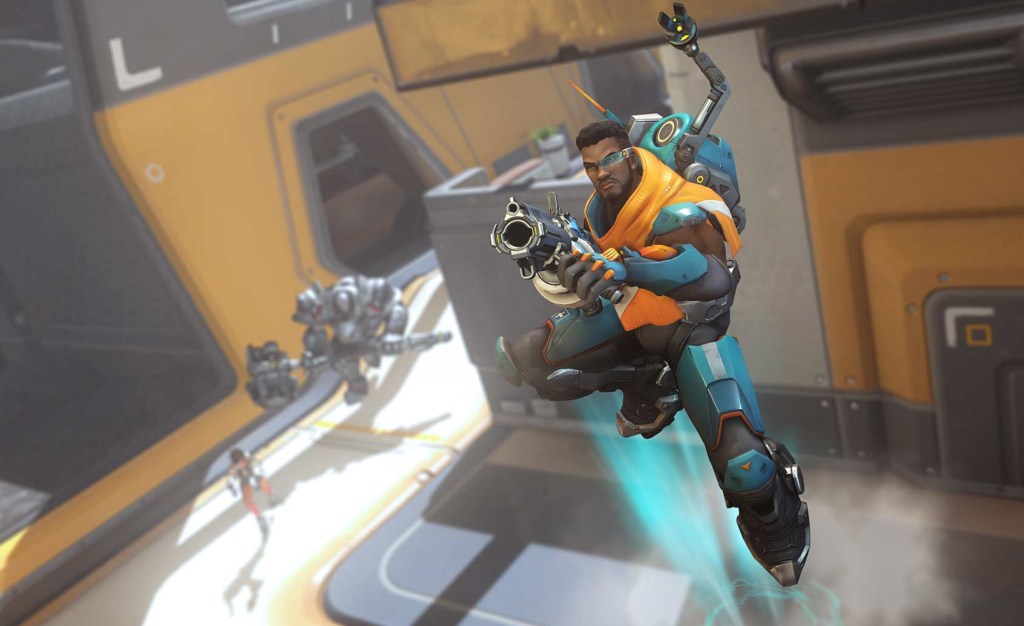 Above: Baptiste in Overwatch.

Clevinger: We’re starting to see the blurring of the lines between broadcast tools and the game engine. The division between those two things is going away. As tools are developed in Frostbite and the other game engines that are available, there’s not going to be–there’s absolutely going to be a move toward, how do we engage the audience with live streaming and VOD assets and other ways to create content through the game itself?

The Apex launch proved that. There was no preamble. There were rumors on a Friday that it was going to happen. All of a sudden people on Twitch were playing it, some of the big streamers, and it really took off. The dividing line between creating a game and building an audience around it with streaming platforms is completely going away. Twitch isn’t going anywhere. YouTube isn’t going anywhere. The overall consumption market for game streaming is going to get even larger than it is now.

Lynch: Now development teams are going into Twitch knowing that they’re going to need this down the road. Even at EA, our competitive division is only three years old. These games have been being developed a lot longer than that. Now these guys are looking at it and saying, “Okay, I get what you’re doing. This is what will be useful to you.” It gets a lot easier going forward. This is just going to be a part of the development cycle going forward, which will unlock a ton of new features.

Ng: Going back to what I said before, the hole camera was introduced on poker shows and poker became popular on TV. I can assure you that publishers will be inventing the equivalent of the hole camera for their games. Not necessarily just because of esports, but because this will bring through a lot more money for their games. They’re fully behind this. A lot of publishers are looking into this right now.