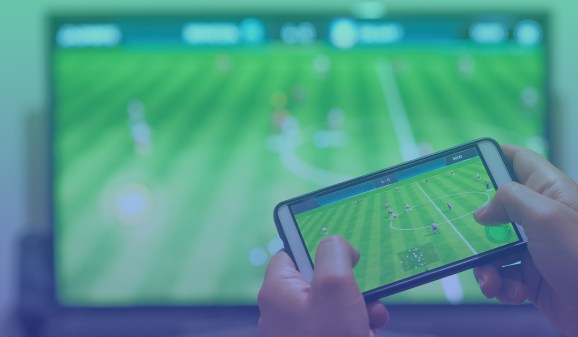 Are mobile games the new TV? In many ways, mobile games are everything appointment TV once offered, but with additional benefits and challenges. If you look at where people play games, mobile has surpassed console and PC gaming. This means that mobile games have the scale that advertisers look for, so I wouldn’t be surprised if mobile games become the first place advertisers turn to when they want to launch highly creative branding campaigns at scale.

For decades, brand marketers relied on appointment TV to launch their branding campaigns. The channel offered compelling benefits, particularly as it pertains to creativity and reach. The 30-second TV spot offered ample room for marketers to capture the consumer’s imagination, giving rise to iconic characters such as Tony the Tiger or Mikey (who hates everything) as well as memes (“Where’s the beef?” and “Help! I’ve fallen and can’t get up!”). And ads were fully interchangeable, meaning a 30-second spot could be aired on NBC, ABC, and CBS without any technical difficulties.

Reaching the desired audience at scale was a straightforward proposition. The entire U.S. audience was reachable via one of three networks, and on just one screen type, and Nielsen panels told marketers when and where to reach their specific targets. As Google’s Randy Ng notes, “Advertisers knew when, where, and what the whole country was watching without the need for sophisticated technology, data collection, or analysis.” Thus, if an advertiser wanted to reach American families at scale, the brand could reliably do so by advertising on Mutual of Omaha’s Wild Kingdom on Sunday evenings.

But as we all know, digital upended the way people consume content. To a large degree, TV content (as well as all mass media, including radio) is available on demand, and on the screen of the consumer’s choosing. To reach an audience at scale, brand marketers must put together multiple campaigns destined for multiple device types and channels. Mobile games, however, can offer marketers opportunities that come close to TV, starting with scale.

More than two billion of the world’s population plays games on their mobile devices. It’s a cross-demographic phenomenon, as men, women, and children alike love to play. Advertisers are keenly aware of the opportunity that mobile in-app games provide, as Fyber discovered when we surveyed 500 executives representing brands and agencies in 2018. According to our research, gaming apps are clearly viewed as solid investments, with 60% of all respondents citing scale and reach as reasons to advertise in the channel (the same benefits of appointment TV). In fact, 78% of respondents said they had already placed ads in gaming apps, and 91% of media agencies and 87% of brands said they plan to advertise in them in 2019. Fifty-nine percent of respondents cited high user engagement as a key reason for advertising in mobile games.

Sight, sound, and motion are just the starting point

Like TV, mobile games provide brand advertisers the opportunity to capture the consumer’s imagination with highly creative ads, including video ads and ads that are actually games. But that’s just the starting point. Rewarded video allows consumers the option to watch an ad in exchange for something valuable, such as access to additional content. As a result, they deliver impressive view-through rates (which may explain why an Adcolony survey found that 75% of mobile app publishers say its effective and 87% of users surveyed say it’s a positive experience). Moreover, where TV spots were passive, digital channels are interactive, allowing advertisers to deploy a range of engagement tactics, including one-click access to the product details page, or, if the product advertised is an app or user experience, a chance to try the product within the ad itself.

With appointment TV, marketers relied on Nielsen panels and GPRs to find their audience and measure tune-in. Mobile games are far more complex. Unlike traditional TV, there are hundreds of thousands of games, and knowing where to place ads takes constant iteration and measurement of results. Brands want a verified safe environment to place their ads, along with a way to measure and verify that they’ve reached their target audiences and the ability to measure engagement.

There are multiple initiatives that provide brands with the verification and measurement they want in the mobile app channel. For instance,The Open Measurement Software Development Kit (OMSDK) offers a single SDK for viewability. Measurement tools, such as Nielsen’s DAR and comScore’s vCE allow for audience validation. Bottom line for brand marketers: you can track whether or not your ads reached the right audience and were in view across all mobile games.

The world may never again see a situation in which entire audiences tune in at a specific time, on a specific day, to watch a specific show on a specific channel.  Appointment TV attracted large audiences because there were no other options. Clearly that’s not the case today. That said, mobile games allow marketers to reach consumers at scale, and to engage them with highly creative ads. It’s the closest the digital world gets to TV of old.

Ziv Elul co-founded Inneractive in 2007 which was acquired by Fyber N.V in 2016 whereupon he was appointed the next CEO and led the successful integration of Fyber, Heyzap, and Inneractive into one consolidated entity, under the Fyber brand.