Facebook is on the path to platform lock-in with Oculus Quest.

In case you are unfamiliar with the concept, “customer lock-in” is an economics idea that “makes a customer dependent on a vendor for products and services, unable to use another vendor without substantial switching costs.”

It makes sense strategically — the move is a good one short-term for people buying any of Facebook’s low-cost headsets. If you’re an Oculus Rift owner today, for example, and you’ve purchased Apex Construct you should find the game already waiting in your library when you buy a Quest. Great, right?

Valve Corporation’s Steam is the storefront of choice for millions of gamers with PCs. Valve is a privately owned company based in Bellevue, Washington and, in 2016, it partnered with HTC to invest in the launch of a VR headset that would encourage people to use Steam to purchase VR games.

Essentially, Valve established Steam as the default place for people to buy VR games because that’s where they already bought their PC games. The only exceptions to this, generally speaking, are Rift owners who buy their content from Oculus because it is the default store. The bottom line? Oculus essentially made their store a walled garden for Rift while Valve made Steam a place for all PC VR headsets.

Facebook, meanwhile, paid for a number of exclusive games like Robo Recall and Lone Echo to be sold only via the Oculus Store. Games on the store only officially work for Facebook headsets. A hack called “Revive”, though, made it possible for some Vive owners to run Oculus-exclusive content they purchased from Facebook.

How Oculus Quest changes the game 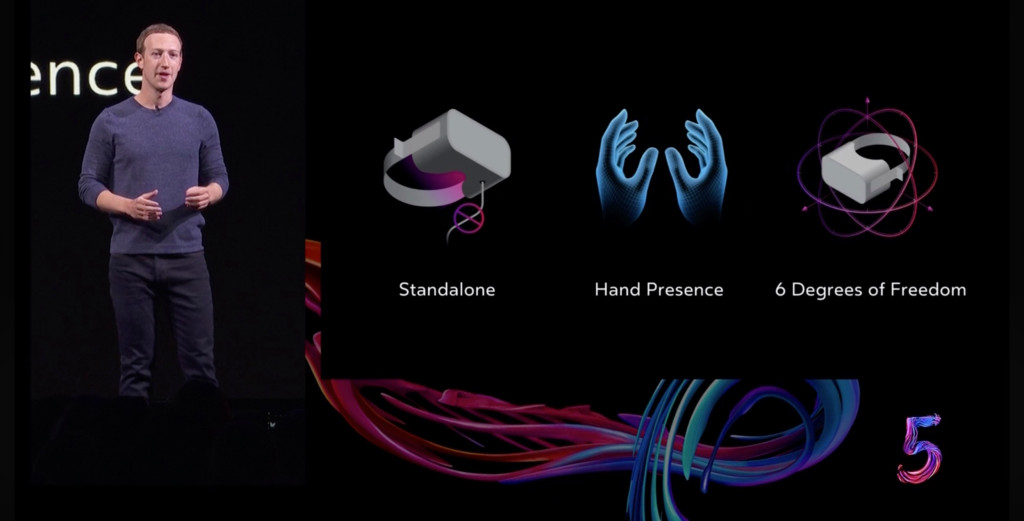 Things are changing in Facebook’s strategy after the departures of Oculus founders Brendan Iribe and Palmer Luckey.

In Blake Harris’ book The History Of The Future a set of emails are disclosed offering insight into Facebook CEO Mark Zuckerberg’s strategy in VR and AR. According to the book, Zuckerberg was in favor of a “closed” approach to the Rift while Oculus leaders pushed for more openness. An email in the book attributed to Brendan Marten, Facebook’s head of finance for AR/VR, provides a sense of Zuckerberg’s strategy in 2015.

The many billions of dollars Zuckerberg spends on VR and AR boils down to something very simple he laid out in a message to employees: “We are vulnerable on mobile to Google and Apple because they make major mobile platforms. We would like a stronger strategic position in the next wave of computing.”

This is where lock-in comes into play. Right now, the most successful non-mobile VR platform is the wired PlayStation VR system which sold more than 4.2 million headsets since late 2016. PSVR is also home to many of the best VR games centered around intuitive hand interaction. We believe Oculus Rift’s low prices, quality content and significant marketing help Facebook’s headset outsell HTC Vive for PC systems, but have no hard figures to confirm that feeling.

Yet, for many buyers, Valve’s Steam store remains the default place to buy most content.

Zuckerberg does not want that dynamic to continue in the second generation of PC VR. So he’s taking the curated content approach that worked for PSVR and applying it to the Quest VR console. Thus we have consumers ready to experience this:

I bought exclusively on Steam to ensure compatibility with future headsets should I move away from Rift as my primary. Now that many devs are confirming cross-buy with Rift and Quest in the Oculus store, I have shot myself squarely in the foot.

I believe Fineman’s comment represents the position of a lot of early PC VR buyers.

Buying a VR PC and mounting sensors on your walls to have a top quality VR experience is an enormous undertaking. Given the cost and effort involved, it makes sense that most buyers who picked up PC-based headsets between 2016 and 2019 carefully researched and planned their decisions to protect their investment long-term.

Many VR buyers with a personal computer view it as an “open” platform. In practice, though, “openness” is a more complicated concept than it seems at first. For example, you generally need Microsoft’s Windows today to enjoy VR apps on PCs. Nonetheless, Valve’s SteamVR underpinnings are supported on Apple computers too and engineers at the company have been working to make it easier for developers to make their apps work fine on Linux as well. In other words, Valve is aware of the “lock-in” both developers and consumers have related to Microsoft’s Windows and they are actively working to weaken those ties.

In comparison, Apple support for Oculus was killed off years ago. Last year, Rift devices worldwide went offline for a full day because somebody (apparently) forgot to renew a security certificate with Microsoft. That sort of thing doesn’t inspire confidence in PC buyers.

Now with Quest, Facebook is poised to enable cross-buy which could begin the process of locking in Quest buyers to the Oculus “platform.” Do you wake up one day and you can’t enjoy a great VR game without logging into your Facebook account first? That reality starts to take shape when people enjoy their Oculus Quest so much they decide they want to upgrade to the increased graphical fidelity of Oculus Rift S.

Facebook’s path offers low hardware prices to consumers and money to developers to build projects first for Oculus and implement features like cross-buy with Rift. Since Facebook is positioning Quest as a standalone VR console, they expect it to appeal to a different set of buyers. Over time, we can expect Facebook’s networking, avatar, analytics, and identity services to become a larger part of the package the company is pushing out to developers and consumers across all VR devices.

Valve’s path is likely more expensive up front for consumers but continues in a direction they’ve stuck to for years — increased immersion leading to better VR games and more satisfying experiences. For example, with a Valve Index Controller you can “wear” a VR controller for the first time rather than “hold” one.

That change comes from years of focused effort developing games, and hardware, in collaboration with trusted developers. We’ve yet to feel the result of that effort, or the effect it has on the value proposition of Valve Index and the Steam ecosystem compared to Facebook’s, or even Microsoft’s. As soon as we have that experience we’ll boil down the differences in clear language so everyone interested in this market can understand the dynamics at play.

The VR market is still small enough that there’s a weight to your choices over the next month that could have a lasting impact on policies at these companies for years to come.