A year ago, French video game publisher Ubisoft launched a chat bot named Sam to keep players engaged with games connected to their Ubisoft Club accounts. Responding to voice commands or text messages, Sam answered questioned related to games, talking about everything from the definition of insanity in Far Cry 3 to whether you could pet cats in Assassin’s Creed: Origins.

And after a year, Sam has more than 1.6 million users and it has answered more than 10 million questions. It is now answering more than 25,000 questions a day, but about 35 percent of the conversations with Sam are mostly about small talk. That’s what I hear from Charles Huteau, the Barcelona-based creative director on Sam.

“We are really happy with that because they are chatting with Sam as if they were chatting with a friend,” Huteau said. “We are out of the gadget zone, where after a few months people stop using new things. We have new users coming every day.”

In an interview, Huteau told me that his team continues to update Sam with a variety of features. And with Assassin’s Creed: Odyssey, Sam will show you the percentage of dialogue choices you made and how they compare to others. You can find out if you are ranked in the top 1 percent of players of Tom Clancy’s The Division 2, and on Far Cry 5, Sam will sum up the last mission that you started. In some games like Rainbow Six, Sam can analyze your play from the previous session and make recommendations for improvement. 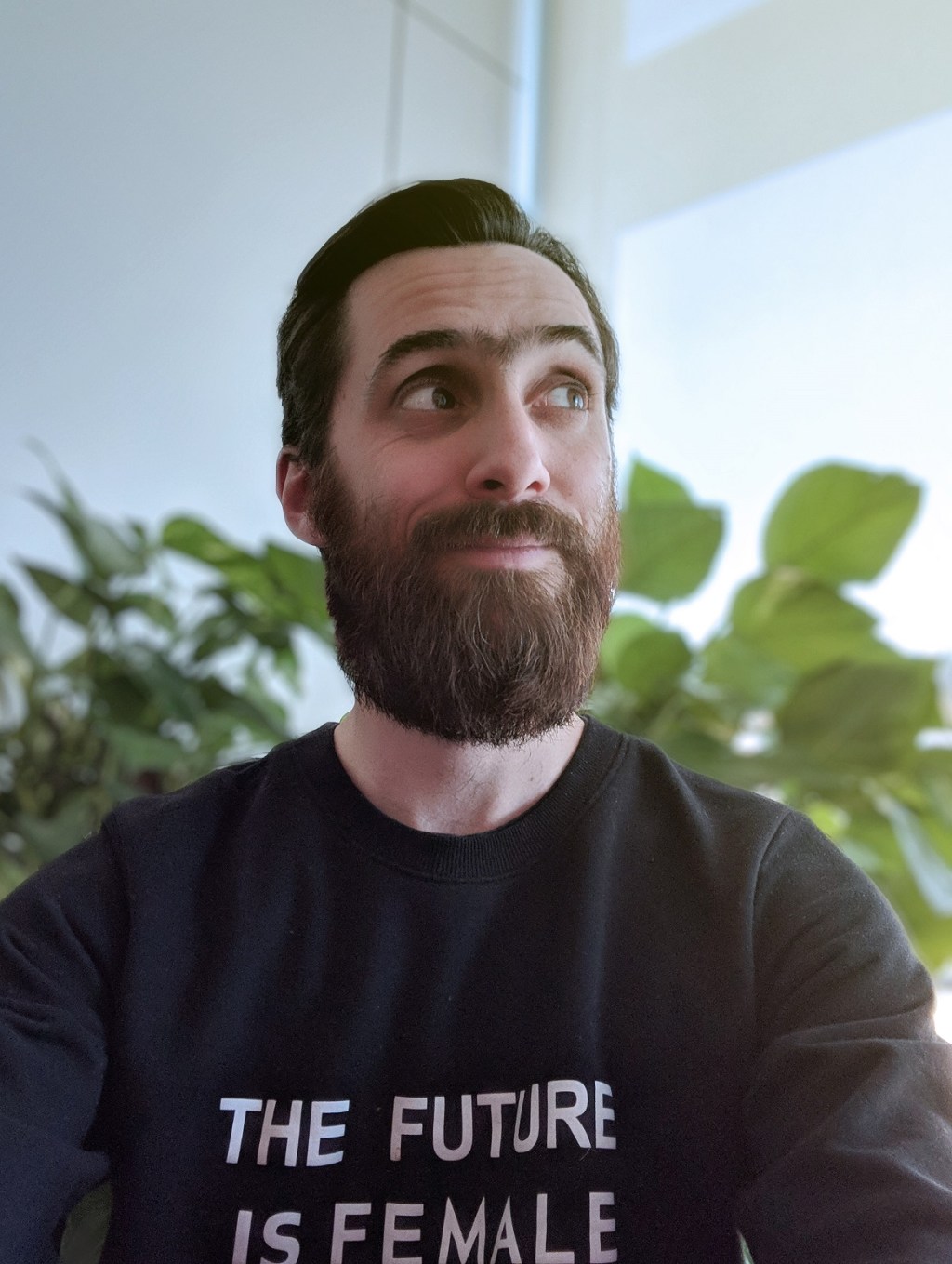 Above: Charles Huteau is creative director on Ubisoft’s Sam.

The Daily Login was one of the features that was announced last January and started with Tom Clancy’s Rainbow Six Siege. The Daily Login is a personalized notification for players that is pushed to your phone when you launch the game. Once the game boots up, Sam analyzes your profile, your in-game behavior, and stats. Then Sam will send you links to video tips from the community that specifically fit you.

“We care compare you to your friends,” Huteau said. “It’s pretty cool.”

The Daily Login feature has now extended to more Ubisoft titles. By the end of the year, Sam will recommend friends to play with that match your level in The Division 2.

And a Team Up feature will let you invite up to four friends to a game rendezvous. Prior to a game session, Sam will verify that everyone you’re scheduled to play with all have the game on the same platform. Additionally, Sam will create a reminder in your phone’s calendar so that you never miss a game session.

Above: Ubisoft is learning a lot of things from Sam.

Huteau said that Sam can look at your play and suggest a video on YouTube for you to view so that you can learn something new. Based on what Sam learns from conversations, the team adds dozens of new questions and answers that Sam can answer during conversations. And based on the user reaction to the videos, Ubisoft can learn whether the videos suggested are really useful or not.

Last summer, 3,000 players asked Sam to sing Despacito. When players do things like that, it’s clear that Sam is viewed more as a companion, rather than just an information resource.

“We wanted people to chat with Sam as if they were chatting with a friend,” Huteau said.

Ubisoft also used Sam for market research. It asked if players wanted new content for Far Cry 5, The Crew 2, or For Honor, and the answer came back with 58 percent in favor of Far Cry 5. So the company focused on the Far Cry 5 content.

“We are including the community of users in our development choices,” Huteau said.

So is Sam really an example of AI or the illusion of AI? Part of Sam is scripted by the live team, which creates the answers that Sam gives in response to user questions. But another part is rendered by the AI, where it is crunching numbers and suggesting what you should do in games.

“That’s something we are super proud of,” Huteau said. “We want to be helpful with cool stats and recommendations.”