GamesBeat: Did you face a lot of personal risk doing this?

Forough: I don’t know if I should call it risk, but the first challenge was that I wasn’t able to go back to Afghanistan, because of immigration. I technically did everything online. As much as working through the internet is great, I really wanted to see the school. I’ve never actually set foot in the place that I created. I’ve only been in touch with the team on Skype and seen pictures of the girls. For me, to expand the program within Afghanistan and find partners and talk to people and raise more awareness — unfortunately, I’m not able to do that. That’s the challenge I’m facing. It’s very frustrating for me sometimes. My parents are getting old. I haven’t seen them in a long time. It’s a big bag of hassles and things I can’t do for myself.

Besides that, though, once we started, there were a lot of people who thought I was just doing this for the sake of notoriety, without any foundation. They thought it was going to be temporary. The school would shut down. It was just something trendy. To really show those people and prove to them that I believe in what I do, I’ll keep doing as much as I can, as I’m able. It’s been difficult. People comment on our Facebook posts sometimes. We’ll post a game made by one of our girls and they’ll say, “Oh, women and games, that’s funny. Women should be in the kitchen.” When people have a perspective like that, it’ll take a long time to work and change that. We face that kind of resistance.

But thankfully, we’ve always been able to keep the schools safe and secure. We have security cameras. We have a guard. We don’t let anyone come to the school without making appointments. There’s still the presence and the threat of the Taliban in some parts of Afghanistan, even just outside of Herat. We don’t want to put the lives of the girls in danger.

GamesBeat: That’s a lot more to think about, just trying to get people an education.

Forough: Absolutely. I always tell people — we talk about women in tech in general, but for me there are a lot of deeper layers in Afghanistan on top of that, making it more difficult to do something. 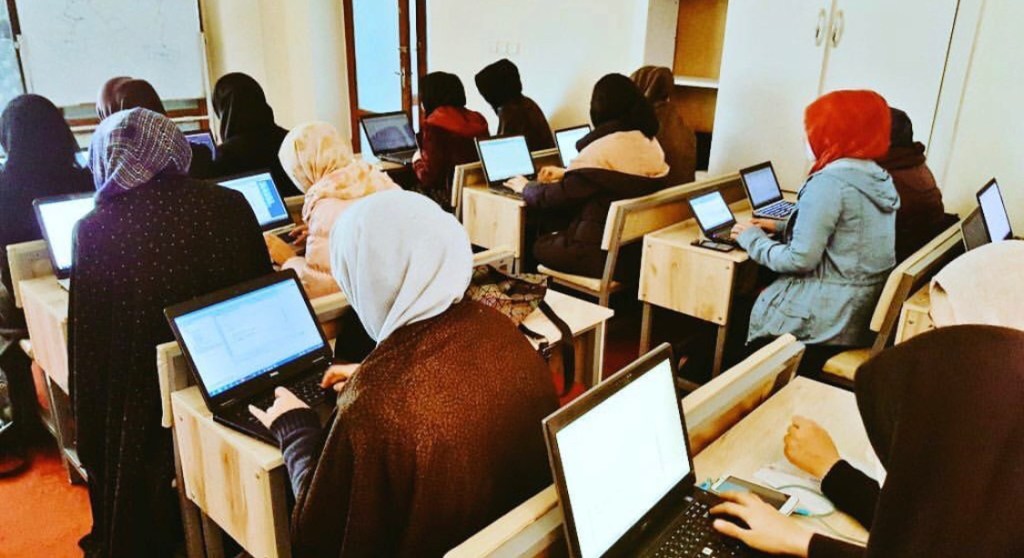 Above: Code to Inspire operates a computer science school for girls.

GamesBeat: Have you been able to meet with a lot of people in the games business in this process, pitching to them or getting more support for the school?

Forough: To be honest, the majority of the people I know are from Unity. I went to their San Francisco office and made a presentation. That’s how we completed the relationship. I also presented at Unity Developer Day in New York City a couple of months ago.

I’ve talked to Games for Change. I met with people at Oculus and talked about potential VR projects that our students are thinking about. But because gaming is such a new thing in Afghanistan — there’s no game industry, no game companies doing it for a living. We’re making something in Afghanistan that’s never been there before, especially engaging girls and women. For us to navigate things like how to make games, how to monetize games, what the benefit of games can be — it’s a bumpy road, learning all of this.

I’ve met a lot of people randomly. But I haven’t really been able to establish a connection with them around things like outsourcing parts of games. I mentioned at the beginning, but part of it goes to people’s interpretations of what’s going on in Afghanistan. Whenever I say “Afghanistan,” a lot of people, the first thing that comes to their mind is that it’s a war zone. When I come and talk to them about how it is and what we do, it’s difficult to get people on board, to get them feel comfortable and trust that our girls in Afghanistan, their coding is the same as coding by people in any other part of the world. You just have to give them a chance to work on their projects. 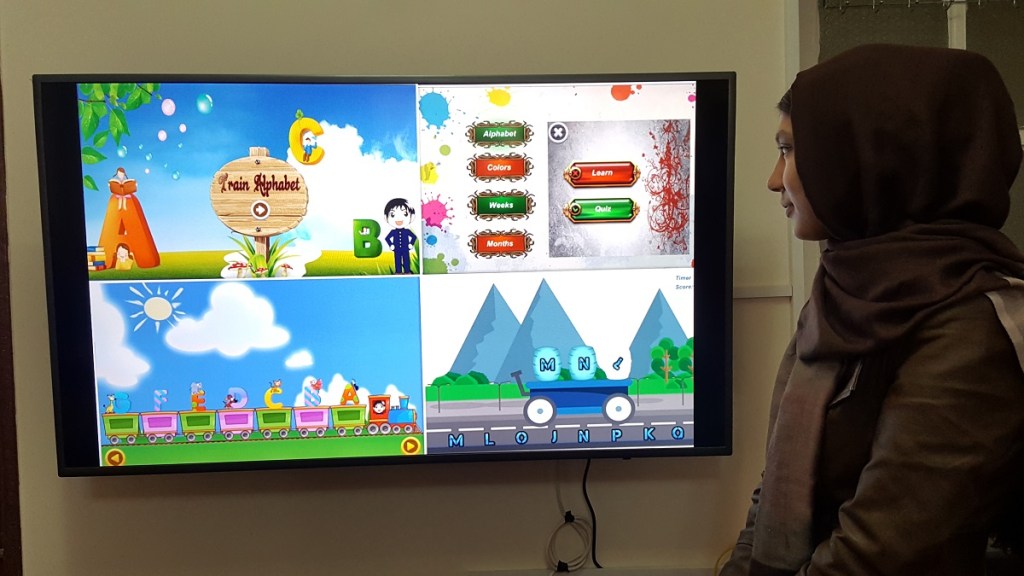 Above: Code to Inspire students make games and other apps.

For me, that’s the struggle. I wanted to go to GDC, but the costs are so expensive and I couldn’t find a sponsor. I’d really like to go there and talk if I could get a chance. I’m always looking for platforms like that, places that have a bigger audience. Not only because, of course, it would be great if I could find sponsors and donations and mentorship, but just to go and change people’s perspectives about Afghanistan. First of all, what does it mean to be a refugee like me? How can a refugee do something like this? How can a woman in Afghanistan do something like this? Especially right now, with the peace talks happening with the Taliban. They ignored the role of women at the peace table. There’s not a lot of representation. That’s very important for me, to change that perception.

We have an upcoming fundraiser on April 29. It’s a crazy time, securing sponsors and getting people together. It’s going to be a charity poker tournament this year. Hopefully we’ll raise the goal we’ve set.