Adjust‘s newly acquired Unbotify division has launched fraud prevention that distinguishes between humans and bots in mobile apps. The aim is to put an end to in-app bot attacks that cost mobile advertisers and app makers huge amounts of money and loss of reputation.

San Francisco- and Berlin-based Adjust, a mobile measurement and anti-fraud company, recently acquired Unbotify to deal with this problem. (Adjust will be talking about this at our GamesBeat Summit 2019 event on April 23-24 in Los Angeles.)

Contrary to mobile ad fraud, in-app bot fraud does not target an app’s marketing budget. Rather, it attacks the business model after an install. Bots can be programmed to carry out various in-app events, and because they mimic human behavior this type of fraud has become one of the hardest to detect and fight.

“Bots are a problem to be solved,” said Paul Müller, cofounder and chief technology officer at Adjust, in an interview with VentureBeat. “They are getting trickier, trying to break applications programming interfaces (APIs). We work with a major mobile gaming company with billion-dollar titles. [Malicious actors] have bots cheating in games. [These bots] are sophisticated and quite good. [The fraudsters] have a bot play the game for a human. The bots tap on a certain side and implement a strategy to crush a human player.”

“Bots can affect all apps in a number of ways, across every vertical,” he said. “They can attack gaming apps’ communities or ruin their virtual currency economy, steal credit card data or scalp limited edition items from ecommerce businesses, and spam users on dating apps. Unbotify’s product adds another arrow to Adjust’s quiver and forms the foundation of our next-generation in-app fraud protection tools.” 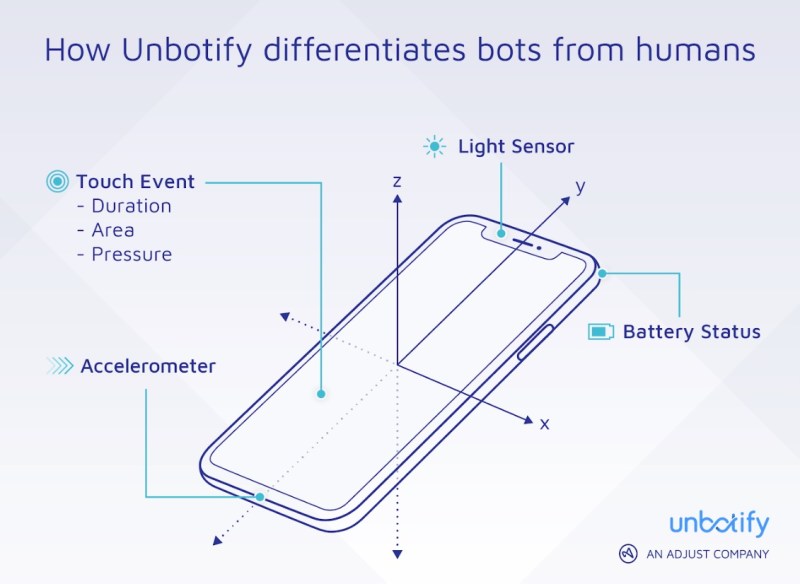 Above: How Unbotify detects bots.

Unbotify is a bespoke, individually tailored solution. It uses biometric sensor data to build machine learning models based on real users’ behavior. For instance, if Unbotify detects that you are moving around like a real person and the phone is moving in unison, it won’t raise any alarm bells. But if a phone app is being used for an extended period of time with no movement, that’s a clear sign of fraud.

By learning an app’s natural user flow, the solution can distinguish between humans and bots.

“What we have built is a way to detect bots from sensor data and device gyroscopes,” said Unbotify CEO and cofounder Yaron Oliker in an interview with VentureBeat. “We look at what angle [the device] is held at, how a user taps and swipes when using a device. So we model normal behavior. And then we detect anomalies. It’s hard for bots to spoof this.”

When you tap or swipe a device, the accelerometer detects the motion,” Oliker said. “When you press the touchscreen, you generate pressure on the screen. This is a rich data set.” 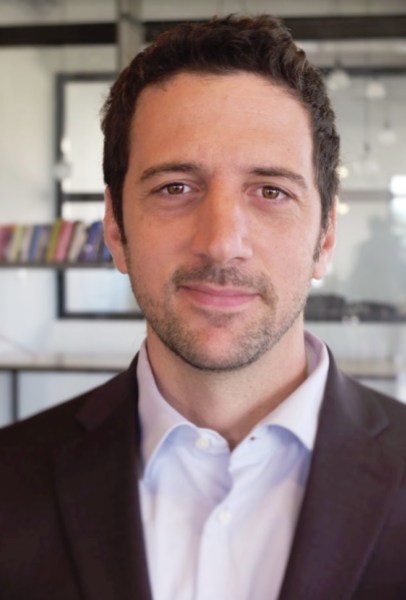 Above: Yaron Oliker, CEO of Unbotify

“In-app bot fraud isn’t just a monetary issue — it has knock-on effects on user experience, retention, in-app analytics, and breaches that compromise users’ data and scar a brand’s reputation,” said Oliker. “Our behavioral-biometrics solution stops bots in real time and combined with Adjust’s Fraud Prevention Suite offers the best possible insurance for apps looking to protect themselves against both bots and ad fraud.”

Unbotify’s research estimates that some of today’s biggest mobile apps lose around 10% of their revenue to bot fraud — and with the global app economy expected to surpass $120 billion by the end of 2019, such bots can seriously compromise an app’s success.

Fast Company called Unbotify “Israel’s most innovative company in 2017,” and the startup was listed as one of Gartner’s “2018 Cool Vendors in Advertising.” Unbotify’s bot-deterring solution is used by some of the biggest Fortune 500 companies in the ecommerce, social, search, and gaming verticals across the U.S. and Europe.

The Unbotify acquisition is part of Adjust’s broader commitment to fighting fraud on a global scale. The companies’ shared mission is to provide the most robust solution to the problem of malicious bots. More than 25,000 apps currently use Adjust’s solutions to improve performance.

“We’ve talked about bots being used to steal ad budgets before,” Müller said. “We found Unbotify clients were using it for other things, like fighting cheating within apps or … malicious content.”

Both companies have studied bots, finding out what kinds of requests a bot makes or what it does when it opens an app.

Unbotify started on this quest using machine learning technology about 3.5 years ago. 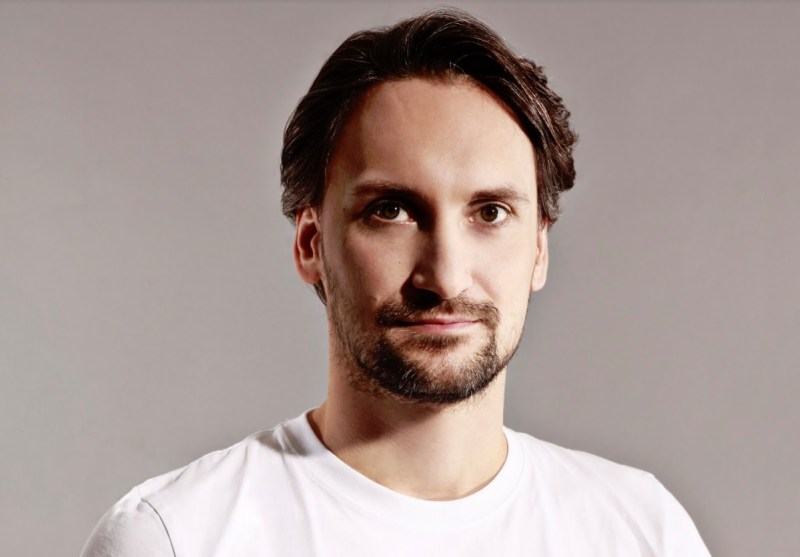 “Bots can be better than a human, and multiplayer games have not figured out a way to deal with this,” Oliker said. “Anti-cheat programs work in a very laggy way. We can give a much finer reading into every session and tell you if it is a bot or a human.”

Müller reiterated how hard it is to judge the cost of bots in applications, as this type of fraud leads to many intangible results.

“It’s hard to say how many players churn because of the bots,” he said, “or how many scalpers get hold of your tickets. This damages your brand value. You have an endemic problem. We know it is a global issue of extremely large scale.”

The perpetrators are the same type of actors who engage in ad fraud: skilled hackers who create the bots and rent them out.

“[Our solution] can be circumvented,” Oliker said. “There is no 100% solution, but it’s much harder and not cost-effective at scale for anyone trying to drive fraud. We look at authentic human users. It takes a very concentrated machine learning model to break our model. It’s not easy to spoof the data we look at.”

As a Berlin-based company, Adjust has to comply with European and German privacy laws. Unbotify doesn’t collect data to make conclusions about a user; it just wants to know if the user is a human or a bot.

Adjust and Unbotify each have existing customers, but Adjust will open the bot solution in wider release on a global basis this month.

Founded in 2012, Adjust today has offices around the world. The company recently acquired data aggregation platform Acquired.io, and it has formed a strategic partnership with Japan’s Adways mobile marketing agency.

Adjust is a marketing partner with the major platforms, including Facebook, Google, Snap, Twitter, Line, and Tencent. It has more than 350 employees and has been profitable since 2015. The company has raised $30 million to date.