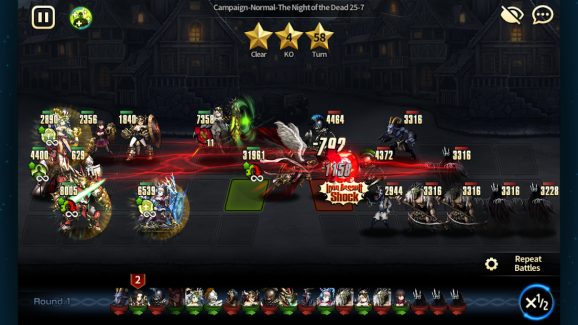 You can recruit mercenaries to fight for you in Brown Dust.

South Korean developer Neowiz announced that its original IP Brown Dust surpassed 2 million downloads since debuting on iOS and Android in March. It’s a free-to-play tactical role-playing game in which you assemble a team of mercenaries to fight against monsters in turn-based battles.

Like a lot of other mobile RPGs (such as Fire Emblem: Heroes and Dragalia Lost), Brown Dust uses a gachapon-style summoning mechanic for the mercenaries — you’ll never know which hero you get. To celebrate the download milestone, Brown Dust is giving away a bevy of in-game items, including summon tickets for new mercenaries.

Games like this usually give a few summons for free (as a daily log-in reward or for seasonal events), and you can pay for additional tickets with real money. Brown Dust has more than 300 characters in the game — each with their own anime portraits, abilities, and star ratings — so it definitely encourages people to collect as many of them as they can.

With 2 million downloads, Neowiz is most likely making a healthy profit off Brown Dust, even if only a small portion of the player base spends money (its microtransaction packages range from $3 to $90). Its biggest markets are U.S., Canada, and France.