But its rivals also experienced a big surge. Microsoft’s Mixer grew from 22 million hours watched in Q1 2018 to 89 million this year. And YouTube Live’s number doubled to 722.5 million.

On the games side of Twitch, Fortnite was at the top of the most-viewed chart despite having new competition, coming in at 311.7 million hours. Fellow battle royale game Apex Legends had a huge debut on the livestreaming platform when it came out in February, averaging 40 million hours viewed per week at its peak, outpacing Fortnite for a time.

But that number dropped to 10 million in March when top streamers moved away from Apex Legends to play other games. Overall, Respawn’s shooter ended Q1 with a total of 182.7 million hours watched, right behind League of Legends (302.4 million).

Here’s the complete breakdown of the most-watched games so far in 2019 (with the exception of “IRL,” a category that represents Twitch’s non-gaming content). 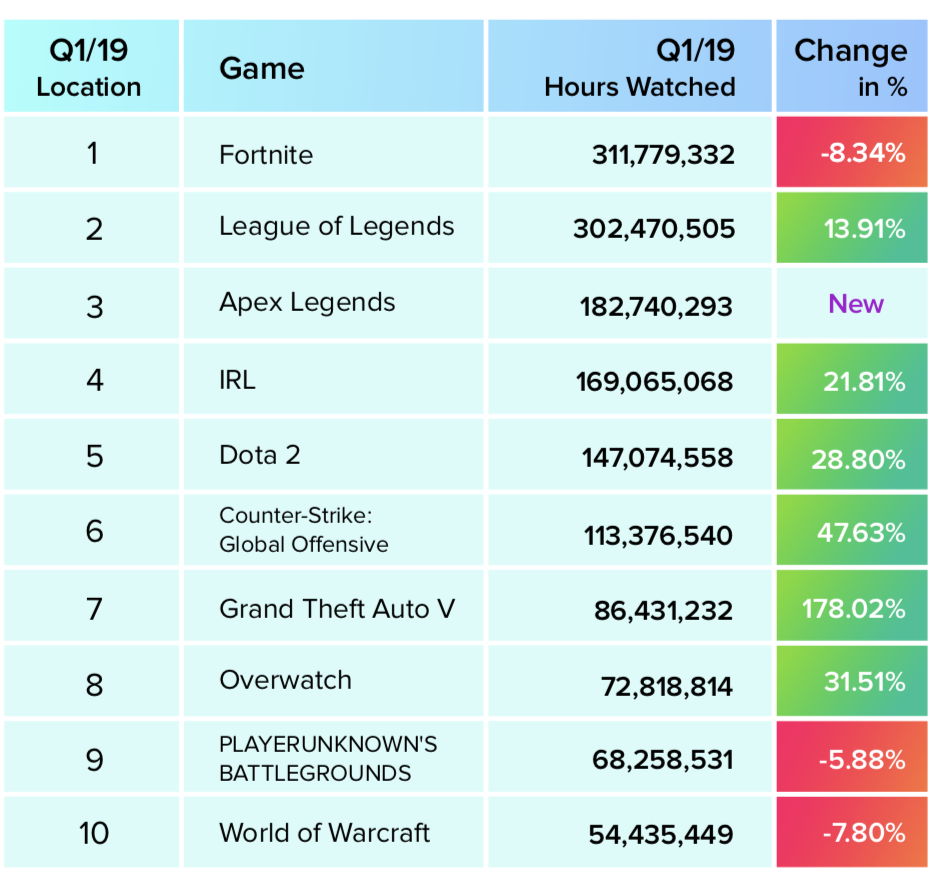 Above: The most-viewed games on Twitch in 2019.

Coincidentally, research company Newzoo released a similar study today about the state of livestreaming. However, those results are slightly different, pinning Apex Legends at 180 million hours watched and Fortnite at 304 million for the first quarter. That’s most likely due to the different methodologies used in the respective reports, and is a testament to the massive amount of data that companies need to crunch to come up with these results.