Women gamers are better at improving their skills compared to men when it comes to playing Valve’s Dota 2 game, according to AI-based game coaching company Gosu.ai.

That’s one of the findings in a survey of nearly 5,000 gamers who play Dota 2, a popular multiplayer online battle arena (MOBA) game, where the goal was to understand what factors separate the good and the bad players.

The data was based on a matchmaking system, which aims to ensure parity and challenge in gameplay so high-skilled players aren’t competing against beginners (and thus not improving).

On average, Gosu.ai users win more and raise their matchmaking ratings (MMR) — which correlate directly with skill level — substantially every month. But among those surveyed, the majority of which play games primarily to win, the 4 percent of respondents who were women had a 44 percent higher win rate on average. 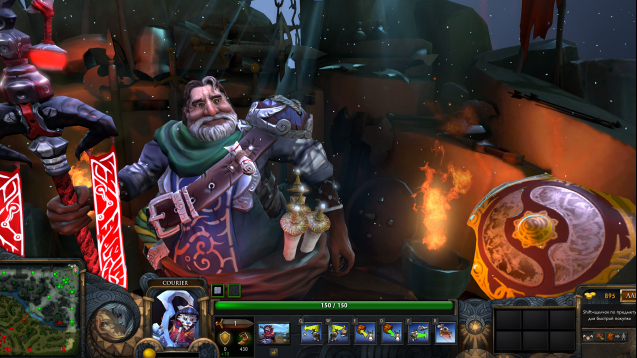 Above: Newell in Dota 2.

“This survey offers additional insight — much of it actionable — on what can help gamers go from good to great, or losses to wins, which is the entire idea of our algorithms, products, and company overall,” said Alisa Chumachenko, CEO of Gosu.ai, in a statement. “I’m among the 700 million people in the world playing hardcore competitive games and, several years ago, found it extremely challenging to improve my skills. My solution was to build a personalized gaming coach based on machine learning and AI — and now we can use those platforms for projects like this survey, which offer even more data on what makes users win and improve.”

Gosu.ai currently offers three assistants — for Dota 2, Counter-Strike: Global Offensive, and PlayerUnknown’s Battlegrounds (PUBG). The assistants also help players prepare for the game itself by suggesting gear sets, starting items, and offering ideas on how to play against certain enemies. Gosu.ai has 25 employees.