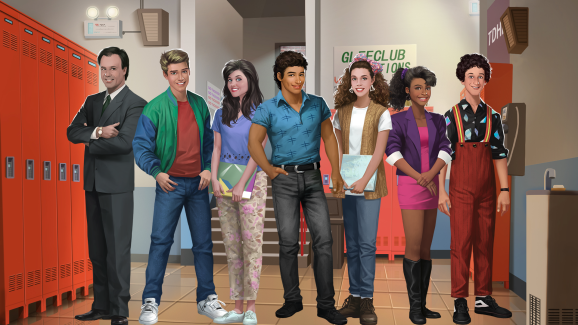 Every gamer has their “gateway game” — the one that got them into gaming in the first place. For me, it was the Infocom series of text-based adventures and in particular, The Hitchhiker’s Guide to the Galaxy, which was written by the novel’s author, Douglas Adams, in collaboration with Steve Meretzky. Adams was not only a great humorist but an equally gifted futurist, and he saw the potential as early as 1984 to tell stories in an interactive way. Being able to navigate the world of my favorite novel, interact with the characters, make my own story choices, and see that influence the direction of story was fascinating. That is why I’ve been so thrilled to see the resurgence of interactive storytelling games over the past year.

For a time, it seemed that things were looking dark for interactive fiction. As the industry changed from the story-driven heyday of LucasArts to an increasingly multi-player future, we were told by industry luminaries that story was a thing of the past. This past year, one of the industry’s biggest brands, Call of Duty, which had previously cast big Hollywood actors for its story-driven campaign modes, made the decision for the first time in 15 years to ship without a story at all, and replaced it with an even larger multi-player Battle Royale mode. Add to that the sudden collapse of Telltale, one of the most well-known contemporary story game companies, and the story indeed was looking grim for interactive fiction.

However, as major franchises pivoted away from story, we’ve seen unprecedented success for those who still believe in the genre. Last April’s God of War sold phenomenally well despite being exclusive to one console, the PlayStation 4, and was topped months later by Sony’s Spider-Man, which sold a record-breaking 9 million units in just its first few months. And one of this year’s most anticipated games is Cyberpunk 2077, a story-driven game from CD Projekt Red, whose Witcher franchise has sold over 33 million copies over the past decade and even inspired Netflix to make a television series.

Even in the mobile space where we have been told story was incompatible with the free-to-play model, we are seeing some big successes defy the skeptics. Nexon’s Choices and PocketGems’ Episode have both passed the $200 million revenue mark using the free-to-play model. And these have been joined by chat fiction players Hooked and Yarn, and Asian entrants such as Nikki’s Love and Producer and ChineseAll’s Chapters. Despite the number of players entering this space, the aggregate mobile fiction category continues to thrive with each new title doing more to grow the space than cannibalize it.

That’s why at NBCUniversal, we saw an opportunity to tap into the wealth of our IP and deliver a product that allows fans to mingle with their favorite characters. Launching very soon, Series: Your Story Universe has fresh takes on Saved By The Bell, Vanderpump Rules, The Breakfast Club, Law & Order, and other NBCUniversal favorites, both classic and contemporary. And we will continue to bring more and more IP as well as our own originals to Series over time.

The most exciting development, however, is that interactive fiction is becoming more mainstream thanks to streaming platforms like Netflix. In 2017, Netflix began experimenting with choice-based narrative shows with its first, Puss in Book, coming from our own DreamWorks animation team. And, this past Christmas, Netflix’s Black Mirror interactive special Bandersnatch was so successful that they announced they will be ordering several more interactive shows.

Massive multi-player games often take the attention in our business; however, I really believe we are entering a golden age of interactive storytelling. Between platforms like mobile and Netflix, this content is reaching more people in more ways than ever before, most importantly reaching audiences that don’t consider themselves “gamers.”

Unity and Unreal are investing in narrative-based tools and technology like real-time raytracing that will allow television and film talent to work in familiar interfaces and produce interactive content where players can make choices in real-time at a visual fidelity level that could have only been post-processed and linear before.

Additionally, with game streaming platforms like Google’s Stadia and the many game subscription services on the way, I think there will be more demand than ever for a variety of content beyond the one-size-fits-all multi-player game-as-a-service. Interactive story games will surely provide a much-needed complement to that.

Chris Heatherly is EVP, Games and Digital Platforms, at NBCUniversal.