Razer is refreshing its Razer Blade Pro and Razer Blade gaming laptops with new 15-inch and 17-inch models that will use the latest Intel processors and Nvidia RTX graphics.

The new Razer Blade Pro aligns in its industrial design with the previously launched Razer Blade and Razer Blade Stealth laptops, said Leon Chen, product marketing manager at Razer, in an interview with GamesBeat. The screen pushes out closer to the edge.

The 17.3-inch screen refreshes 144 times per second, compared to 120 for the prior version. It also has Windows Hello for easy logins with fingerprint or face recognition. It also has a new Intel processor and a new Nvidia GeForce RTX graphics.

“We want this to be mobile, but the 17-inch is also the powerhouse of the family,” Chen said.

The Blade Pro also has better connectivty, with 2.5G Ethernet, or 2.5 times faster than the previous generation, with 10-gigabit-per-second throughport. There are three Type-A USB ports and two USB Type-C, and the one on the right is a Thunderbolt 3 port as well. There is an audio jack and an HDMI port based on the 2.0b spec.

There’s also an SD card slot with the UHS-3 standard. It also has WiFi 6 wireless networking, or 802.11ax.

“All of this contributes to our next-generation connectivity story we are showing our users,” Chen said. 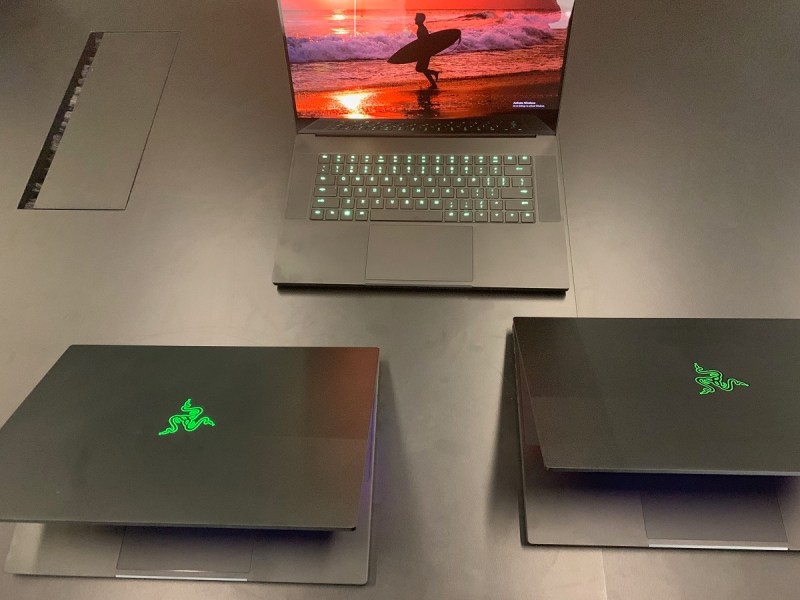 You can open up the back panel by unscrewing 12 screws. You can upgrade the memory. There’s an unpopulated M.2 slot that supports both PCIe and Sata signaling. Razer will sell three configurations, all varying in the graphics card.

“In order for us to keep that performance in check, we have incorporated this time around a full vapor chamber,” Chen said. “Similar to what we’ve done with the 15-inch, we have a full vapor chamber that covers all critical components of the laptop to ensure that we have the maximum peak performance when the systems running different types of processes or playing games.”

The keyboard has per key Chroma lighting across the whole keyboard. It will be available soon, with preorders expected by May. 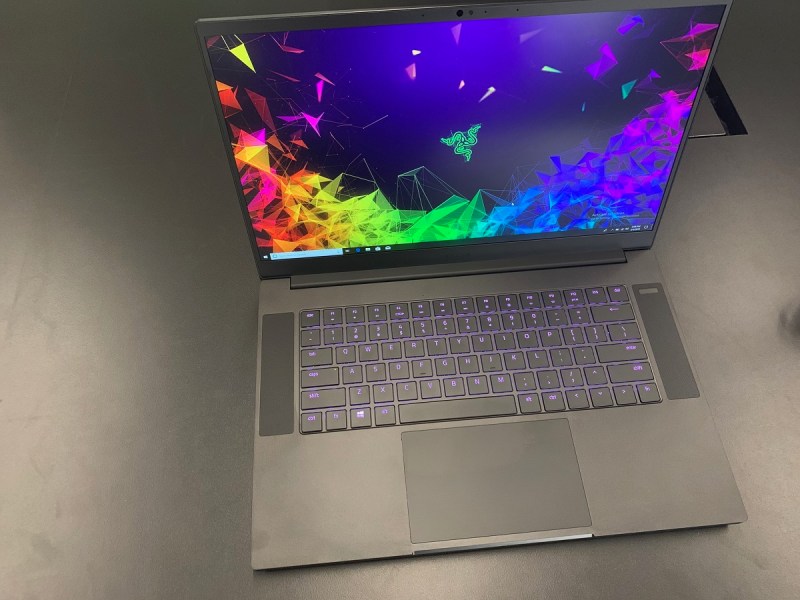 The 15-inch Razer Blade has three new versions: two advanced versions and a base model. The advanced models have a vapor chamber, per key Chroma lighting, and single storage.

The base model has single-zone lighting with Ethernet and a dual-storage solution, as well as traditional thermals. One of the advanced models (at $2,300) has a 240 hertz TFT screen, with USB 3.2 Gen Two and 802.11ax WiFi 6 connectivity. It can come with Nvidia GeForce RTX 2070 or 2080 graphics.

The other advanced model has a 60-hertz 4K OLED 15-inch screen, and it will only come with RTX 2080 graphics. The screen has a one-millisecond response rate, and it has HDR 400 certification (for better high dynamic range) with reduced blue light. It supports 100% DCI-P3, for a wide color gamut.