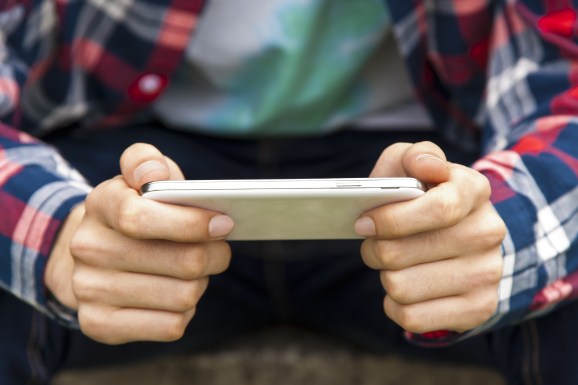 The mobile gaming industry is on course to break records this year – underscored by a recent report showing mobile is far and away the leader in terms of gaming mediums. Mobile games generated $61.3 billion in revenue in 2018, compared with $35.7 billion on PCs and $12.7 billion on consoles.

At almost double the revenue from PCs, the ubiquitousness of mobile goes some way to explain such high numbers. But there’s another aspect that can explain it: community.

Although community is an important element of all games, whether played on PC or consoles, it’s especially true for mobile. Drawing on elements from social networks, chat features and straightforward content sharing increase user participation and engagement, particularly combined with the “always-on” nature of mobile. For gamers, these communities allow them to share experiences, become better players, and discuss the ins and outs of their favorite games.

Many mobile games have communities in the millions. Developers, realizing the potential communities have to improve gamers’ experience and improve retention, have created huge in-house teams devoted to building and upkeeping them.

But the vast majority of mobile communities are undermined by the same threat: in-app bots.

What makes bots so bad?

Up until now, most of the mobile fraud discussion has centered on advertising fraud. Contrary to mobile ad fraud, in-app bot fraud does not target an app’s marketing budget. It attacks the game after an install, wrecking business models by siphoning off revenues and ruining the fun for gamers.

Bots are programmed to act like a human, and carry out specific in-app events. They are often tailor-made for a single app, making them far more calculated and sophisticated. They’re also almost impossible to detect — mimicking human behavior and acting slowly so as not to raise suspicion. This all means the damage they can do is far greater.

Bots affect all apps, everywhere. On ecommerce apps, they swoop up high-demand products — from sneakers to concerts tickets — before legitimate users ever have a chance. Banking apps can be subject to attacks exposing sensitive customer information. And unfortunately, gaming apps are no exception.

Googling the words “bot for mobile games” shows upwards of 38,000,000 results. Given how easily it is to employ a bot, it’s no leap of faith to imagine that thousands of games could be under attack right now.

One of the main ways bots affect gaming apps is by ruining their in-app economy. These bots are hired by gamers to play for them, and with most running on subscription models, users will pay a running, fixed fee a month. From there, bots will play against other bots or human players for as long as they’re needed. With costs upwards of $80 dollars a month, this is money that may otherwise have been spent in-app.

The effects aren’t just monetary, either. Bots can do huge damage to a game’s brand. This has big knock-on effects on user experience, retention, and ultimately, community. Discouraged players quickly become lapsed users, and they could also go on to tell others about their bad experience — turning new players against an app.

Despite the damage, the digital bread-crumb trail that bots leave can’t be detected without a lot of work.

Because bots simulate real human behavior, it’s almost impossible to detect them. The one chance  developers have at winning is by looking at human behavioral patterns. This includes how humans scroll and tap, when and where they take different actions within the app, even how they hold the device. From there, building a machine-learning model can go on to compare in-app performance and work out which interactions are human, and which are bots.

However, it’s a huge task to undertake in-house. Knowing how complex and time-consuming this could be for clients, we acquired Unbotify in January 2019.

A machine learning and AI startup based out of Tel Aviv, Unbotify is a bespoke solution which uses anonymized sensor data from human-device interaction, compliant with all data privacy regulations, to create machine learning models based on real users’ behavior.

With a long track record of helping some of the biggest Fortune 500 companies, Unbotify’s pioneering approach has seen them win multiple awards — including being named by Fast Company as ‘Israel’s most innovative company in 2017’.

By learning an app’s natural user-flow, Unbotify’s solution discerns the patterns in behavior that can distinguish between humans and bots. From there, developers can easily weed out the bots and take back control of their app economy.

While many apps’ aim is to stem monetary losses from bots, the damage they can have on a game’s reputation is far more damaging. At a time when gaming companies are eager to build brand image, guaranteeing a bot-free experience will be key to building player satisfaction.

Paul H. Müller is CTO and Co-founder at Adjust.