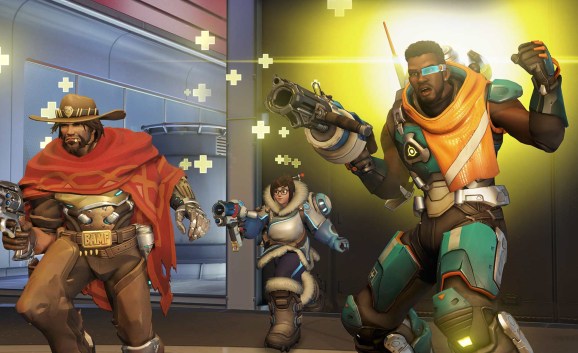 Everyone gets healed, no one dies.

Overwatch launched for PlayStation 4, Xbox One, and PC in 2016. The team-based shooter became a quick hit, and Blizzard has supported it with a steady stream of new (and free) characters and maps, along with seasonal events.

But Overwatch’s popularity has become stagnant. While Blizzard continues to release new heroes, the game hasn’t had much in the way of significant new modes or features. That’s why Workshop is important.

Overwatch has had Custom Games that let players change things like gravity or cooldown timers, but Workshop will be much more complex. Players can use scripts and change rules to impact things like the values of individual abilities (how much damage or healing they do).

The changes you can make could be even wackier. Blizzard gave the example of making it so players take damage while they’re touching the ground (aka the floor is lava).

Blizzard has given some detailed information on how Workshop will work here.