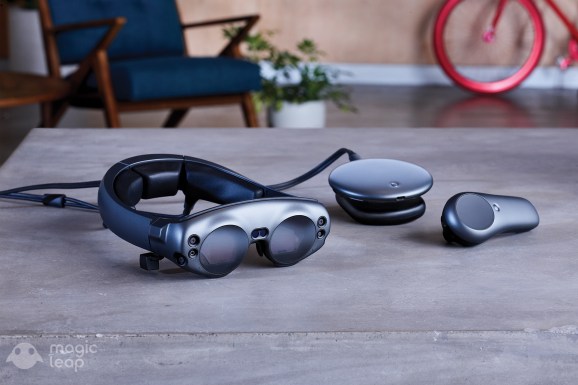 Epic Games is making its Epic MegaGrants fund a little more enticing. Today, the company said that it’s partnering with Magic Leap to award 500 of the Magic Leap One augmented reality glasses to developers working in AR (the Creator Edition normally retails for $2,295).

The free AR headsets are in addition to the $100 million Epic is giving away as part of its MegaGrants fund. Announced in March, MegaGrants will support game developers, media creators, educators, and others who are working on projects that either use the Unreal Engine or somehow enhance open-source capabilities for the 3D graphics community.

Developers can submit an online application for the Magic Leap One starting today. In a press release, Epic said it doesn’t have a deadline for the giveaway, and that the AR devices will be awarded on a first-come, first-served basis.

According to Epic CEO Tim Sweeney, the MegaGrant fund is Epic’s way of giving back to the development community (especially in the wake of Fortnite’s monumental success). Qualified developers can receive grants as high as $500,000, and they don’t come with any obligations to Epic.

“You just apply, and if we judge your project is worthy and reasonably planned-out, we’ll give you funds,” Sweeney said in an interview with GamesBeat. “They range from supporting game developers to supporting enterprise and educational, academic projects. Open source projects that have any impact on the digital ecosystem at all, even if it doesn’t have any bearing on Unreal.”