Microsoft today released a new Windows 10 preview with Your Phone, dictation, and Narrator improvements. The update bumps Windows 10 from build 18875 (made available to testers on April 10) to build 18885. These builds are from the 20H1 branch, which represents the Windows 10 update that will arrive in the first half of next year.

Windows 10 is being developed as a service, meaning it receives new features on a regular basis. Microsoft has released six major updates so far: November Update, Anniversary Update, Creators Update, Fall Creators Update, April 2018 Update, and October 2018 Update. The May 2019 Update is currently in the Release Preview ring. 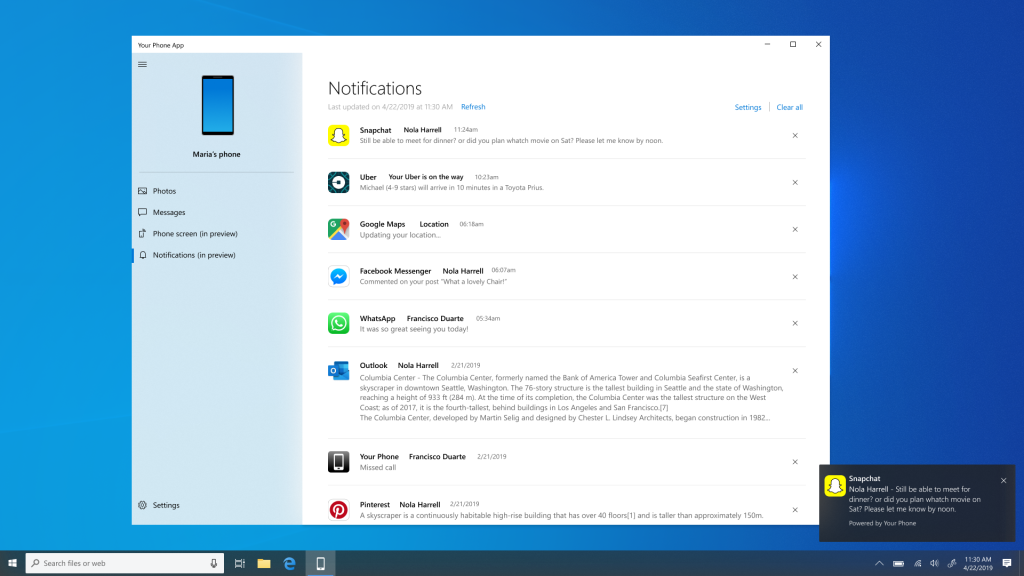 The Narrator has also been improved with a new command to give a webpage summary (Narrator + S). It will give you information about hyperlinks, landmarks, and headings. Separately, Narrator Find is now more reliable in Google Chrome.