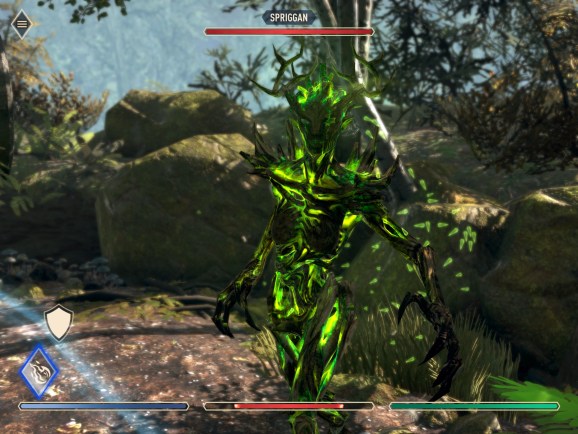 It looks like Bethesda Softworks might have another mobile hit on its hands. According to market analyst Sensor Tower, The Elder Scrolls: Blades made $1.5 million in its first month as an early access game on the Apple App Store.

It’s an impressive figure for what remains an incomplete experience. Rather than doing an official launch, Bethesda opted to release a beta version of the free-to-play role-playing game on iOS and Android in March. Originally, players had to sign up for early access via Bethesda’s website for the chance of getting an invitation. But after a few days, the company opened up the game to anyone with a Bethesda.net account.

Blades now has over 1.3 million players, who spend almost $50,000 per day on the game. It doesn’t quite match up to the debut of Bethesda’s last mobile blockbuster Fallout Shelter — Sensor Tower said that the iOS version of Shelter earned $8.7 million in its first 30 days and had 4.4 million downloads.

But Fallout Shelter was a full launch, appearing in more countries than Blades, and it had the hype of the Electronic Entertainment Expo on its side. Bethesda also has another Elder Scrolls game on mobile with the card battler The Elder Scrolls: Legends.

In The Elder Scrolls: Blades, players have to help rebuild a town by exploring dungeons and fighting people and monsters for loot. Despite being in early access, the developer promises that all progress and purchases will make it over to the final game.