Power Rangers: Battle for the Grid is getting a new story mode with the console version of the game via  a free downloadable update.

Developed by nWay, the new content for PlayStation 4, Nintendo Switch, and Xbox One will introduce several new elements requested by players, including a new “story mode” by the acclaimed writer Kyle Higgins.

The update will also have new characters, battle arenas, and voiceovers from original cast members. nWay made the game in a partnership with Hasbro and Lionsgate.

Power Rangers: Battle for the Grid pits new and classic Rangers and villains from the multiverse’s 25-year history against one another in epic team battles. The game is currently available as a digital download starting at $20.

Above: Power Rangers: Battle for the Grid.

When Lord Drakkon, an evil alternate version of Tommy Oliver, sets off a massive campaign across time and space to destroy all Power Rangers, they must band together and fight back, before all falls to his armies. 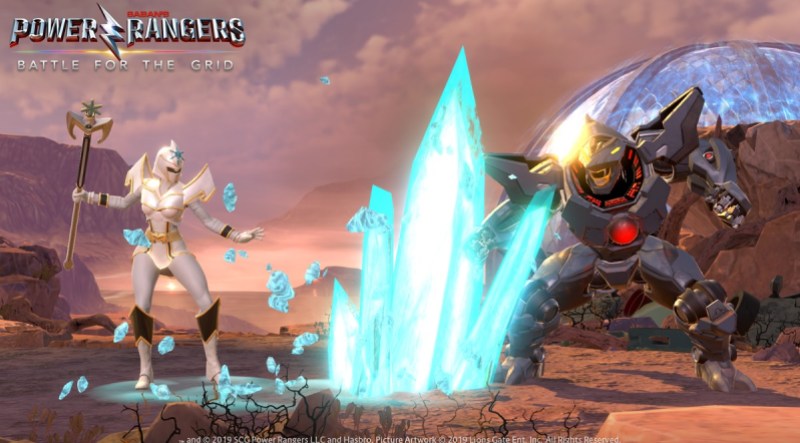 Above: Power Rangers: Battle for the Grid’s story mode is available on the Xbox One, Nintendo Switch, and PlayStation 4.

Power Rangers: Battle for the Grid emphasizes accessibility without sacrificing depth and complexity.

Power Rangers: Battle for the Grid can be played online and offline. In online mode, players are matched against similarly skilled players from across the world in “Ranked Mode” to compete for League Points, or just for fun with no points lost played in “Casual Mode.”

Offline, players can play against another opponent or the computer in “Versus Mode” or fight in “Arcade Mode” to experience a series of battles that ultimately ends against a final boss.

The game also has a “Training Mode” which will allow players to hone their skills against an A.I. led player and a Tutorial to teach players the game’s core mechanics.