Salesforce.org, Riot Games, and F5 Networks announced that they will join the Reboot Representation Tech Coalition, an initiative to double the number of black, Latina, and Native American women receiving computing degrees by 2025. They join other members in becoming founding members.

Coalition member companies have pledged over $15 million towards a collective, philanthropic fund to invest in programs supporting underrepresented women of color pursuing computer science degrees. This is part of Riot’s way of making amends after being exposed for having a sexist culture. By no means has Riot’s controversy blown over, as the company still faces a tense work environment.

Though many tech companies have individually invested in diversity and inclusion efforts, the industry as a whole has yet to come together to address gender and racial inequity. The Reboot Representation Tech Coalition is leveraging the power and impact of coordinated, corporate philanthropic efforts and influence to more efficiently work towards parity across the tech sector.

The Coalition spun out of a recent research report published jointly by McKinsey & Company and Pivotal Ventures, Melinda Gates’ investment and incubation company.

“We are excited to join the coalition as a founding member to support this important work,” said Jeffrey Burrell, head of social impact at Riot Games, in a statement. “At Riot, we strive to help people realize their full potential, and we look forward to helping improve the systemic issues facing women of color in the gaming and greater technology industries. With deep collaboration across many stakeholders, together we can make lasting progress for underlying systemic inequalities for underrepresented groups.”

In spite of nationwide efforts to broaden participation in computing, the report noted that the share of Black, Latina, and Native American women receiving computing degrees has actually declined from 6% to 4% over the past decade. 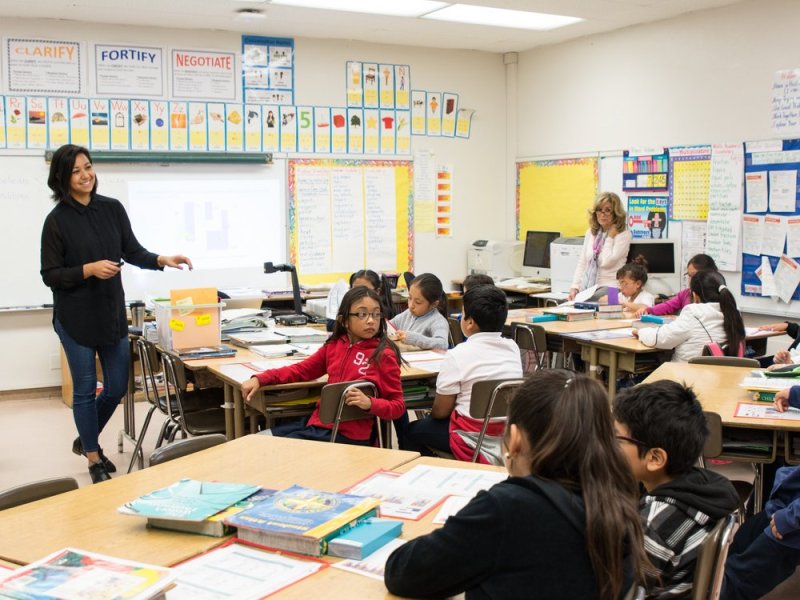 Above: Diversity starts in the classroom.

The report identified investment in higher education as a critical component to addressing this disparity. Through measurable, collective action and pooled resources, the coalition is investing in programs and initiatives that focus on recruitment and retention of underrepresented women of color in computing.

“Creating a more diverse and inclusive company is a core tenet of F5. We believe our differences — when embraced with humility and respect — drive smarter decisions, increased innovation, stronger performance, and a culture where everyone can be themselves,” said François Locoh-Donou, CEO of F5 Networks, in a statement. “But beyond our individual efforts, companies need to work together, if we are to make a significant impact on the inequities for underrepresented women of color that hold back the tech industry at large.”

“At Salesforce.org, we are committed to empowering a diverse workforce with the skills needed for the tech jobs of today and tomorrow,” said Ebony Frelix Beckwith, executive vice president and chief philanthropy officer of Salesforce.org, in a statement. “We believe businesses have a responsibility to ensure nobody is left behind and are proud to join other leaders to increase representation of women of color in technology.”

The Reboot Representation Tech Coalition was formed in September 2018 as a response to the inequities outlined in the research conducted by Pivotal Ventures and McKinsey & Company.