Today, Gearbox and 2K Games showed off more about Borderlands 3, the newest entry in the loot-heavy first-person shooter series. The team promises an experience that fans will find familiar while adding some new, unexpected elements to the mix. For creative director Paul Sage, Borderlands 3 represents the obvious next step for the franchise.

Sage has been on the team at Gearbox for four of the five years Borderlands 3 has been in development. He brings with him a great deal of games industry experience. Having worked on games like Wing Commander, Crusader, and Ultima Online, Sage stands as a pillar of games industry know-how.

I sat down with Sage at the Borderlands 3 reveal event In Hollywood, California to chat a bit about the game, the new environments, loot instancing, and playing with friends. This is an edited transcript of our interview for the game that’s coming out in September for PlayStation 4, Xbox One, and PC.

GamesBeat: Borderlands 3 features more environmental diversity than previous games. Was that a priority heading into development?

Paul Sage: Environmental diversity is a great way to ask that question. One of the things we think about as players and designers is pacing things out, not just gameplay but pacing out things like eliminating visual boredom and having enough changes in the environment. Even in the presentation you saw, we started in the very familiar desert view, and even as we moved into the Holy Broadcast Center, that environment should have felt very different. So the art team has busted their butts and built a lot of different art sets so we can create a lot of different environments.

Then you do get the different planets … and for me, one of the challenges is how do you take that hand-painted art style and translate that into a city that still feels like Borderlands? 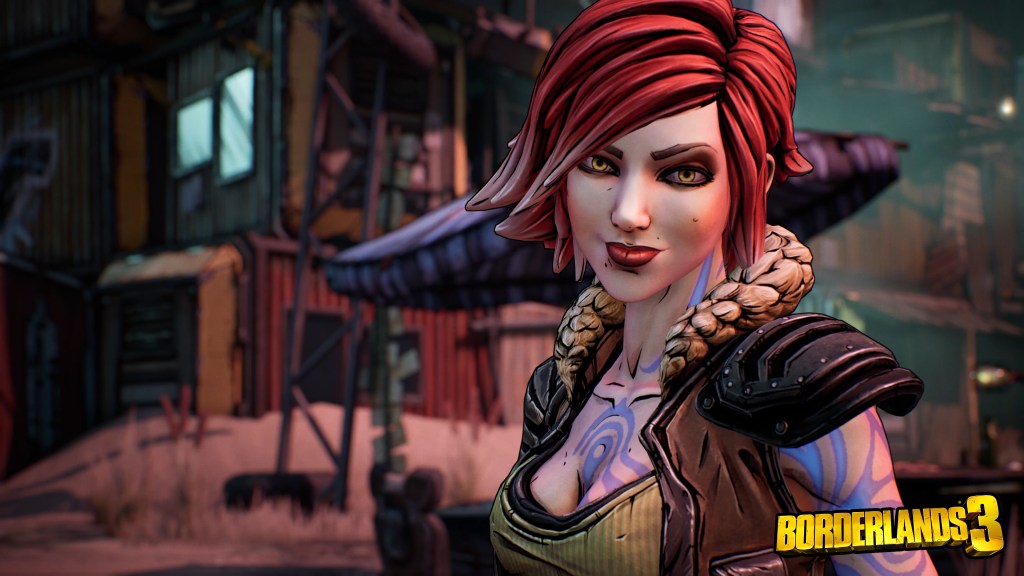 Above: Don’t mess with Lilith.

GamesBeat: How important is it to maintain that feeling and style, then, through all three Borderlands games?

Sage: It’s incredibly important. Coming into Gearbox, I was a huge fan of Borderlands 2. One of the things that first attracted me to the game was how cool I though the art style was. So I think that’s incredibly important because … an art style like that, some may call it like a comic book style. The reason it’s great is because it feels comfortable to people. The more realistic you get — I love realistic games, don’t get me wrong — but they can provide so much detail that you don’t relate to them as much. A stylized thing like this I think it ages better. I think it also adds a layer of relatability for people where they’re like “Hey, it’s not perfectly in the world and yet I can relate to these characters and it feels genuine.”

GamesBeat: Do you approach enemy variety in the same way?

Sage: We do. It’s a fun challenge to get the enemy variety down. One of the enemies you saw just briefly today was a Goon. A Goon can actually shoot Tinks [small, human enemies, Ed.] out of their arms. Tinks are called that because they tinker and they build things. So it’s about making sure enemies, when you first see them, they have surprising things that you haven’t seen in the game yet. So we introduce Tinks first, and you’re like “OK, well, those are Tinks,” and then you see Tinks start to build turrets. Then you layer that with the Goon that shoots those Tinks out and now you have this enemy that can shoot vortexes out of its arm, it can shoot Tinks that can build turrets, you know, and it all just kind of adds to the way we want to build a battlefield that’s really dynamic.

GamesBeat: Do you ever worry about it becoming too much?

Sage: [Laughs] Maybe I should start worrying about things becoming too much. But we’ve given players ways to control that through the different guns. The thing is, you can feel it in the abilities that the enemies have, and if you’re seeing that and you’re like “Oh, now I can respond to this. I’ve seen this before; I’ve seen them throw out Tinks. I know how to respond to that, I have the abilities to respond to it.” I think that’s what makes the dance work. 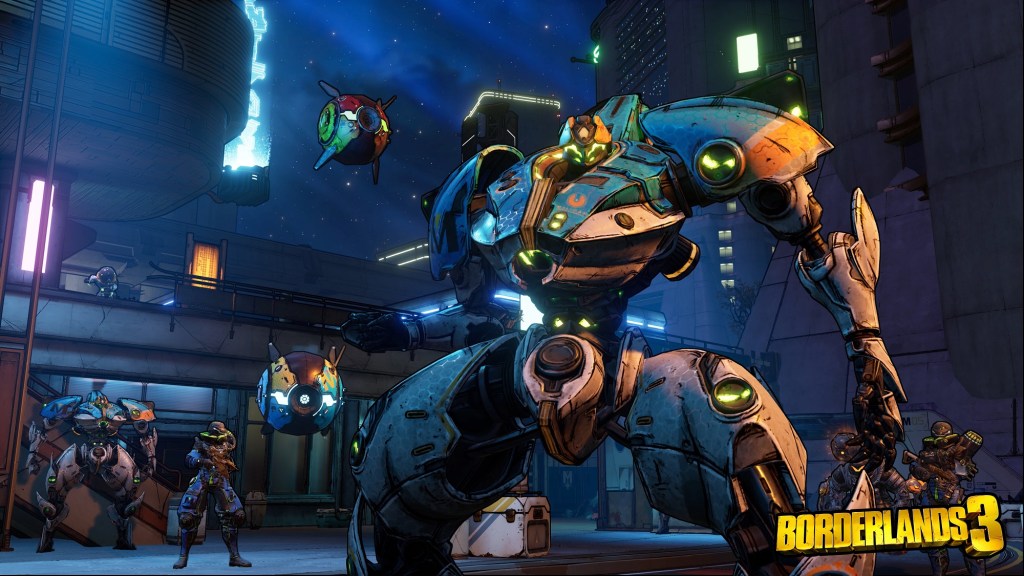 GamesBeat: How important is loot instancing and level scaling and the ability for players to play together whenever they wait?

Sage: One of the most important things. If you want to build a game that is still a great fun solo game, but it sings when you play it cooperatively, then you have to make sure you remove those barriers that are naturally there. One of those is “you outlevel me.” If that happens, why should we stop playing together? So how do remove those barriers? We have to make sure that whoever is hosting the game, let’s say they’re level 10, and somebody comes in that’s level 20. Now, we want that level 20 player to be able to spend that time and feel that time is valuable, so we have get some loot out. This means that we drop loot that’s appropriate for that player, as well as dropping loot that’s appropriate for the other player. It’s important that both players have the same loot chance. You might not see the same loot at all, but you know you have the same loot chances, and you’re getting drops and nobody’s gonna come in a steal that loot.

Conversely, we have classic mode where you can still do that because one of the values of having loot that everybody can see and fight over is that it builds up trust for some people. They like that mode because they’re like “I have somebody coming in to hand me a gun, and that person has already proved that they’re trustworthy to play with and I want to keep playing with that person.” There’s two sides to that coin and we wanted to make sure that we accomodated both playstyles.