As its high-resolution VR headsets tend to attract businesses and detail-focused customers, Pimax has been working on controllers with enough performance to match its displays. Today, the company announced two separate options — Sword and Sword Sense — which differ somewhat in features while sharing one big benefit: their batteries can be swapped on the fly, so users needn’t pause their VR sessions to recharge their controllers.

From behind, each of the Sword controllers looks something like a futuristic sword hilt where the guard ring floats around the bottom rather than the top. Users grab the grips, then see the guard rings surround their closed palms while their fingers access triggers and controls. Pimax says the controllers have been through multiple iterations to achieve optimized balance, comfort, and weight while grasped.

On the standard Sword, users get trackpads and 6DOF motion tracking. The higher-end Sword Sense also includes 6DOF capabilities, but swaps trackpads for thumbsticks and touch panels, and adds sensors so the guard rings can detect movements from all five fingers. Both models are compatible with SteamVR 1.0 and 2.0 Lighthouse tracking, and each controller includes a 900mAh rechargeable lithium battery. 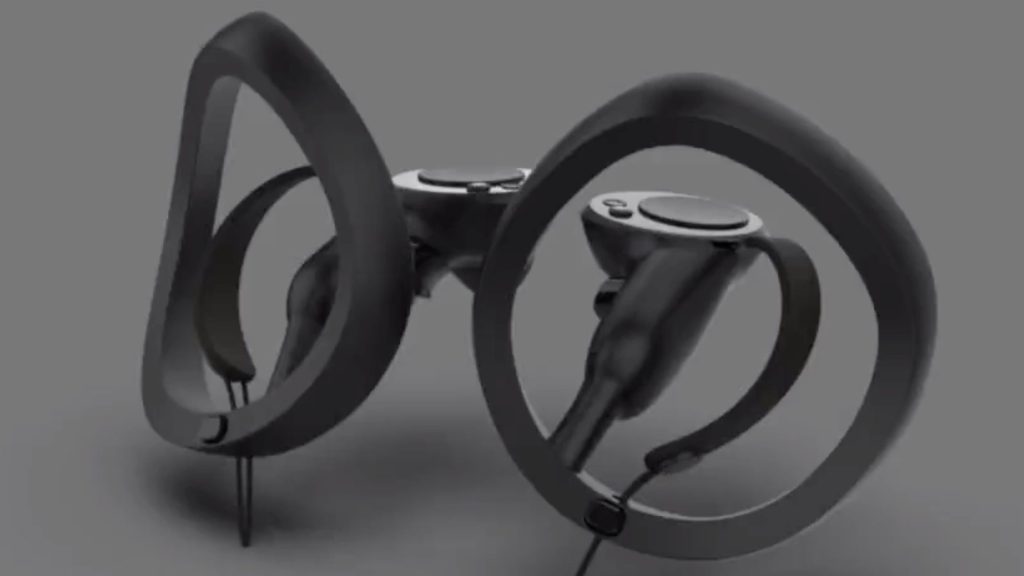 Above: Pimax Sword, as viewed from the back.

“These new controllers represent the next step for Pimax in offering top notch hardware to end users and B2B customers,” said Pimax’s North American and European head Kevin Henderson. “The balance these controllers have in your hand and the level of comfort will certainly please a lot of VR enthusiasts.”

As always with Pimax, the key question with the Sword controllers is going to be actual availability. The company says that Sword is slated to begin mass production “soon” and will “ship out in quantity” during the second half of 2019, with pricing yet to be determined. But that’s for the standard Sword, not the “flagship controller” Sword Sense, which doesn’t have either a release date or price. The company says only that it “aims to offer killer package deals” along with its 5K+ and 8K headsets, which notably suffered from extended production delays — but ultimately delivered superior display resolution to earlier VR headsets.