Zynga reported big revenue growth of 27% and bookings growth of 64% for the first quarter of 2019 thanks to games such as Empires & Puzzles, Merge Dragons, Words With Friends, and CSR2. But the company reported a bigger loss since it had to pay bigger bonuses.

Analysts had expected revenues of $240 million and bookings of $359 million, with earnings per share of 5 cents. Zynga blew past the revenue and bookings numbers. But the company had to pay a big bonus to the acquired companies, Gram Games and Small Giant Games, that pushed it into a deeper loss than previously expected.

In after-hours trading, Wall Street shrugged off the loss. Zynga’s stock price rose 9.4% to $6.03 a share.

Adjust earnings before income tax, depreciation, and amortization was a loss of $19 million, better than the predicted loss of $29 million, and a decrease of $45 million from a year ago. 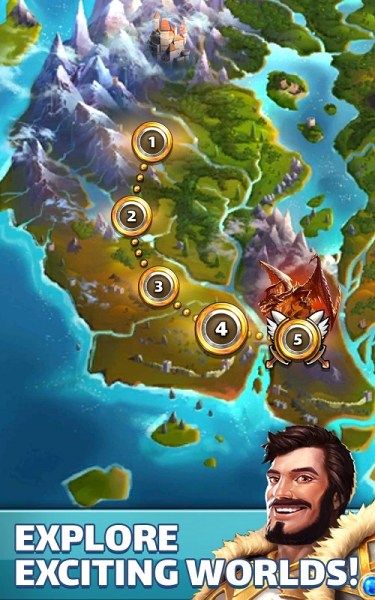 Zynga CEO Frank Gibeau said in an interview with GamesBeat that the company is raising its full-year forecast for revenues by $50 million to $1.2 billion (up 32% from the 2018), based on the first quarter results. Much of that is due to the surprisingly strong performance of the newly acquired games, Merge! Dragons and Empires & Puzzles, as well as Zynga’s existing “forever franchises,” or games that generate more than $100 million a year for a period of years.

“It was one of our best quarters ever,” Gibeau said. “It is a testament to the live services portfolio that we have vibrant franchises. It’s a pretty exciting time for us and we’re getting our product lined up for the rest of the year with Game of Thrones Slots Casino and Puzzle Combat.”

The quarter reflected Zynga’s highest mobile revenue and bookings quarter ever. Bookings are expected to hit $1.45 billion for the year, up 50 percent from a year ago and up $100 million from previous guidance. That puts Zynga on track for its strongest annual revenue since 2012 and the highest bookings in Zynga’s history.

Gibeau said the company will also launch new games in the second half of 2019 that will help it grow in 2020 and beyond. 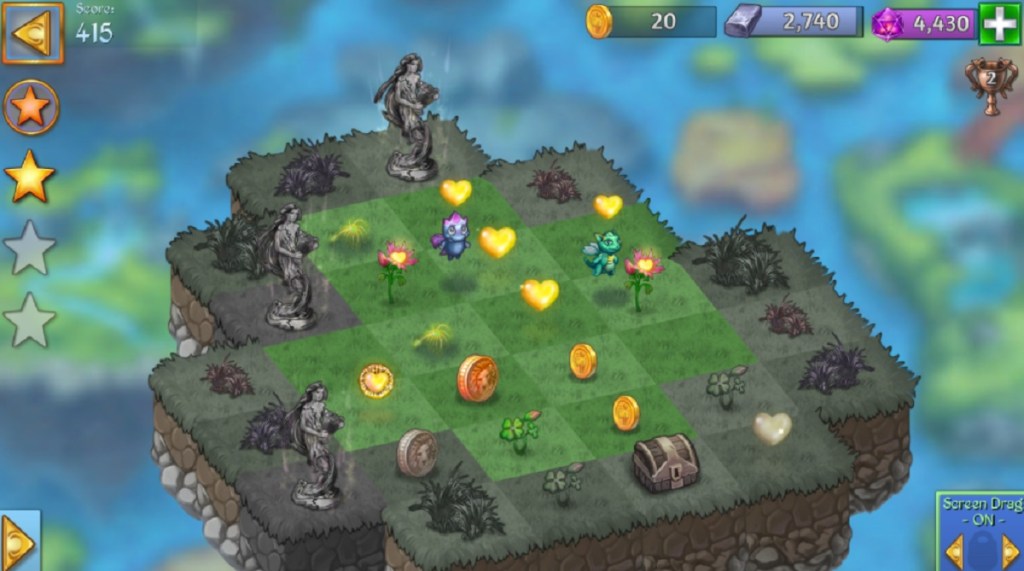 Above: Merge Dragons lets you merge dragons and other items to form new objects.

Merge Dragons and Empires & Puzzles are performing ahead of expectations, resulting in an $86 million increase in contingent consideration on the acquisitions. These titles were also the primary drivers of the largest ever increase in deferred revenue of $94 million.

CSR2 finished Q1 with strong revenue, up 27% year-over-year, and record bookings, up 16% year-over-year. This performance was driven by continued engagement with the CSR 2 Legends update, as well as completion of a Formula Italia event series.

Bernard Kim, the president of global publishing at Zynga, spoke at our GamesBeat Summit 2019 event last week. You can check out the talk in the video.

Zynga Poker is still recovering from Facebook platform changes, but Gibeau said he thinks the company is past the worst of that.

“Quarter over quarter, Zynga Poker is starting to level out,” Gibeau said.

In Q1, average mobile daily active users (DAUs) declined by 2% year-over-year as the additions of Empires & Puzzles, Merge Dragons! and 1010!, were offset by decreases in older mobile games, Zynga Poker and Words With Friends. Average mobile monthly active users (MAUs) declined by 12% year-over-year for reasons similar to mobile DAUs, as well as decreases in Solitaire and our chat games, which have a larger impact on mobile MAUs due to player behavior within those games.

On a sequential basis, Zynga saw mobile DAUs up 8%, largely due to the addition of Empires & Puzzles and  momentum in Merge Dragons! as both games continue to acquire new audiences organically and through paid acquisition. 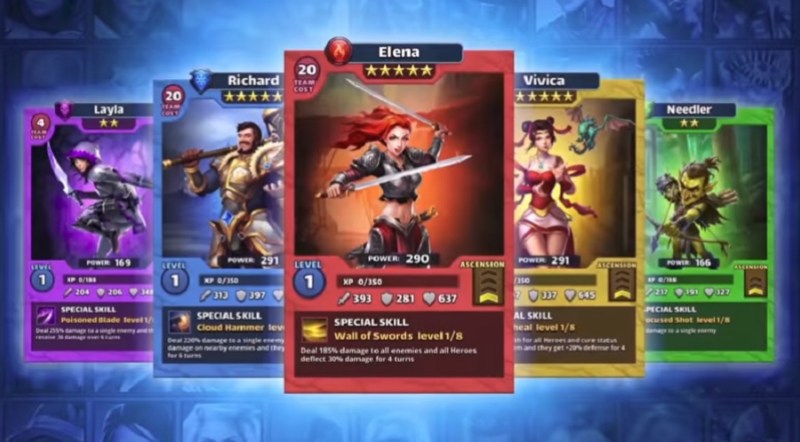 Above: Empires & Puzzles has more than 10 million downloads.

Over time, Zynga plans through acquisition or creation of new forever franchises, investing in emerging markets and technologies, and adding new platforms. Zynga has $252 million in cash and $100 million of debt.

For the second quarter, Zynga expects revenue of $280 million, bookings of $360 million, a net loss of $70 million, and adjusted loss of $18 million. Those numbers are substantially better than last year.

Zynga has about 1,800 employees, with gains made mostly through acquisitions.