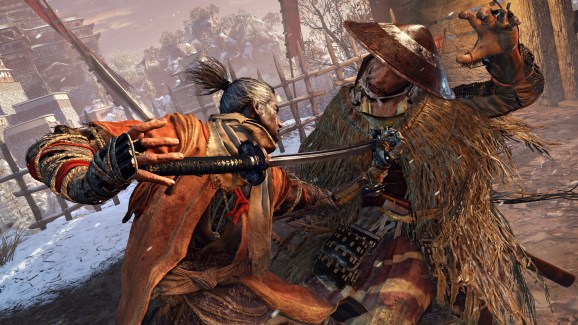 Kill fools with a sword, Wolf!

Activision Blizzard revealed its earnings for the first quarter of 2019, a period that ended on March 31. The gaming company reported GAAP earnings of $1.825 billion. That is higher than its outlook of $1.715 billion, although the number is down from the $1.965 billion it earned during 2018’s first quarter.

Activision Blizzard gives credit for the quarter’s performance to its core franchises (including Call of Duty and Blizzard games), its esports businesses with Overwatch League and a Call of Duty city-based league (including selling its first five teams to cities), and the success of the action game Sekiro: Shadows Die Twice, which sold 2 million copies in less than 10 days.

Activision Blizzard also owns King, the developer of the popular Candy Crush mobile games. The financial results noted that the Candy Crush franchise had record daily time spent per player during the quarter.

We started the year with strong operating discipline and exceeded our prior outlook for the first quarter. We are increasing investment in our biggest franchises to better deliver against our growth potential, and I am pleased with our progress. We’re continuing to enhance our leadership position in esports. The second season of the Overwatch League has seen strong growth in viewership, and we’re seeing enthusiastic demand for our professional, city-based Call of Duty league franchises. We have already sold the first five Call of Duty teams in Atlanta, Dallas, New York, Paris, and Toronto to owners who recognize the scale of the opportunity from their partnerships with us on the Overwatch League.

That “strong operating discipline” included laying off about 800 employees in February. This followed financial results for the fiscal year 2018 that were the company’s best ever but fell short of expectations.

The company has an outlook of $1.315 billion for the second quarter of the year.